Why I Decided To Medicate My ADHD Children 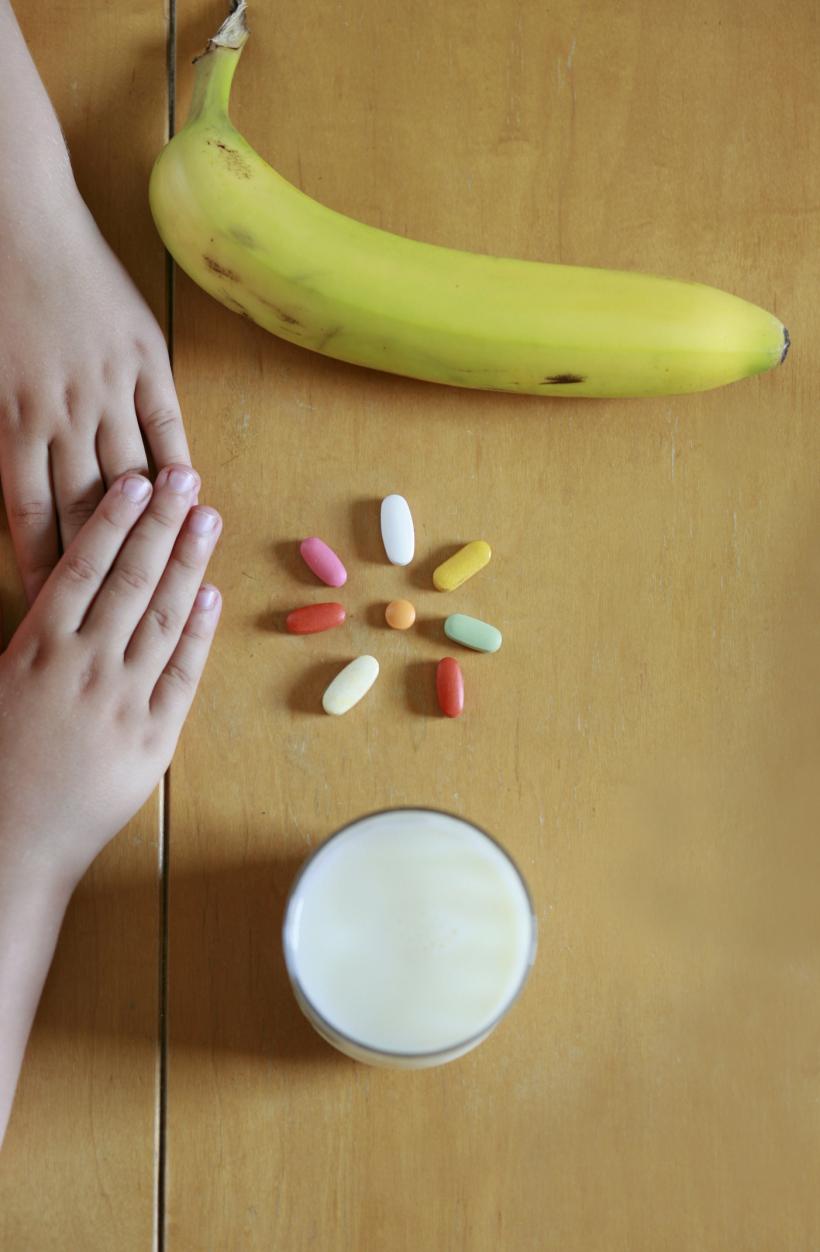 I felt like I had been drowning in a sea of hopelessness for years, with no end in sight.

I have 7-year-old twins who were diagnosed with ADHD about 1½ years ago.

The good part? The diagnosis gives the psychiatrist a specific path to treat the symptoms. The bad part? Life with our twins is no picnic.

It's no secret that the numbers of children diagnosed with disorders such as ADHD and Autistic Spectrum Disorders has climbed dramatically over the past 10-15 years. Teachers are one of the most significant sources of identifying and referring children with ADHD for assessment for special education services, accounting for nearly 40% of referrals. Children with ADHD are at increased risk for educational and behavioral problems, and nearly 50% of children are placed in special education programs for behavioral or learning problems.

Many of these children were referred by caring but frustrated teachers, concerned that the children's impulsivity, hyperactivity, and inability to keep up with the curriculum threatens to destroy the child both academically and socially. The teachers saw no other recourse to help their students other than to refer them for educational evaluations.

Which brings us to the great debate: to medicate or not to medicate? I'm not here to put down parents of children diagnosed with ADHD who choose not to go the medication route with their children, nor to vouch for the position I took, which was to medicate. I'm here to tell my story and where we are now as opposed to three to four years ago. I hope it inspires and serves to educate others in the choices people are often faced with when trying to raise their children diagnosed with ADHD.

My twins were delicious, ideal babies. They slept well, ate well, smiled, made decent eye contact, and were a new parent's delight. We didn't suspect there would be any problems until they started walking. Since I am an Occupational Therapist specializing in pediatrics and I have a Master's in Special Education, my antennas were up watching and waiting to detect even the slightest deficiencies in reaching normal milestones.

Speech skills were very delayed, but motor skills arrived within a relatively normal age bracket. At age 2, they were all over the place. At daycare, I was told they would bite other kids if a child wanted something they had or had something they wanted, that they were unable to sit for even the slightest amount of time, and that they simply could not process or follow the simplest instructions.

Life at home with them was extremely difficult. It always seemed that no matter how many times they had a bad experience with something dangerous (for example, falling off a chair and hurting themselves), they'd do the same thing over and over again. They were into everything and no matter how exhausted I was, I couldn't even leave them in their playpen for five minutes to take a breather for fear they'd get into trouble.

Toilet training was also a nightmare. People criticized us for not trying hard enough or being strong enough with our kids to "lay down the law." When they started elementary school, they were expected to sit still for longer periods of time and play appropriately with other children. Social skills and self control were always difficult for them, so of course we were constantly receiving calls from the school voicing concerns with their behavior.

I gave birth to my third child when the twins were 3½. He was born full-term and as he grew there seemed such a huge difference in raising him versus my twins. I attributed it to just being more mellow since I was not new to the mothering game anymore, but something told me that it was deeper than that. For one thing, when my youngest was scolded for doing something dangerous, he almost never repeated the mistake again. He was very curious and liked exploring his environment, but he just never seemed to get into as much trouble as my older two. Bonding with him seemed easy and natural, but I had always found it difficult to bond with my older two even though I knew they were incredibly sweet, sensitive children. The guilt overwhelmed me and I was torn, not knowing what to do or where to turn to next.

We did try going to a psychiatrist at one point. He prescribed a medication to try to take the edge off their behavior. It didn't work for long and in truth, we didn't take it seriously enough to go back to the doctor once a month (as we were told was necessary to monitor progress and reevaluate whether the medications were right for them). Soon, we stopped giving them the medications and going to the psychiatrist for checkups.

Life went on, feeling stressful and undoable as ever. We continued to deny that a real problem existed.

The turning point came when I went to a professional conference in Atlanta, Georgia, in August 2013. I met an ER nurse who had a 3rd grader with ADHD. We started discussing our histories with our children, and they were uncannily similar. She told me that feeling close to her son had been an ongoing battle, and that life had gotten unbearable to the point that she couldn't cope anymore. She then decided to take the medication route. She said it was difficult because sometimes medications don't work and you have to try other medications. Sometimes you need combinations of medications. Sometimes medications have unwanted side effects. Sometimes a child's body becomes immune to a medication that is working well, and you have to start the trial and error process all over again. The main idea that she emphasized to me is that I do love my kids and need to do what's best for them, and that their behavior is not their fault and something that they can control.

Still, I was reluctant to re-explore the medications route—until an incident happened that shook my nerves to the core.

One Saturday morning, I thought my daughter was still asleep in her room. My husband had gone out for a while, and suddenly came into the house and asked me if I was aware that she was on the roof of our house! She'd always been a mover and a shaker and gotten into fiascos, but never of this caliber. Right after that happened, reality finally set in and I was immediately back in the psychiatrist's office.

When I entered his office after the year-plus hiatus, I was haggard, exhausted, and feeling hopeless. I said to him, "When are my kids ever going to be normal?" I felt deep down it would never happen. Having seen a thousand cases like mine, he just smiled and calmly replied, "They are normal. They have ADHD. In about 20 years, they'll calm down and outgrow all this." Though I had difficulty believing him that it could "only" be ADHD, I decided to listen and comply with whatever treatment he prescribed since I had no other recourse at this point.

First, we tried Ritalin. That was a disaster. My normally happy, cheerful daughter was always crying and depressed, especially when she crashed when it was out of her system at the end of the day. Then we tried Prozac. My son was all over the place, became zombie-like, and was even more unaware of danger than he normally was. Finally, we tried Focalin, which is in the same family as Ritalin but has a reduced "crashing" effect and works longer in the system. There were some side effects that were difficult to deal with. A social worker friend of mine told me to suggest Zoloft to the psychiatrist, telling me she'd seen it work effectively with many children she worked with to offset these side effects.

The psychiatrist agreed to try it, and to this day this has been a successful combination of treatments for my children.

We've made it to age 7. No, the ADHD has not been cured. Yes, life is much more manageable. When they wake up in the morning, they're still impulsive and irrational, but they become their pleasurable selves once we succeed in getting them to take their medicine, and the 45 minutes to one hour it takes for the medications to kick in has passed. Though they still struggle socially, they're able to keep up with the curriculum at school.

And we do not rely on medications alone. My daughter goes for social skills and behavior management training at school and sees a therapist privately on the weekends. We enrolled my son in a special private-school program we ourselves checked out and selected. They placed him in a small classroom with a small student: teacher ratio. They focus on teaching social skills and behavior management. They also regularly test his academic skills and have slowly begun to mainstream him part-time during the day into a regular education classroom. Their regular education classes are also small, containing about 10-15 students. Parents who send their children to the regular education program in the school chose it specifically because they like the increased attention and smaller classroom sizes.

My twins have progressed to levels I never could have managed this year, and I am finally beginning to breathe again. I know in my heart that while it's not all the medications, it would not at all have been possible without the benefits the medications provide.

I have worked with many children over the years diagnosed with ADHD. Many parents have chosen not to medicate, I think often out of fear or lack of education. I feel sorry for these children, watching them struggle and fall through the cracks. Many even fall through the cracks when in a special education setting with lots of support provided.

My brother-in-law is a successful and beloved special education teacher in a reputable public school district in Long Island. He is a gentleman—calm, kind, gentle, patient, and so wonderful with my twins. They adore him. His mother told me that life with him as a child mimicked the life I've been living with my twins—he too had childhood ADHD, but there were no medications back then. I was shocked when I heard this, but also relieved because I foresaw the positive outcomes to come with my children.

I felt like I had been drowning in a sea of hopelessness for years, with no end in sight. I'd envisioned my kids becoming convicted felons and other horrible possibilities too frightening to mention. Seeing the possibility of a happy ending had felt far beyond my reach for so long. This year has been a blessing. I started going to therapy to learn how to cope, and everyone in my family is getting the support they need. My twins are showing signs of age-appropriate self-control and healthy social development.

We have a ways to go, but we seem to finally be on the right path. I am glad with the choices we've made. We couldn't have known the outcome, but you can't know until you take a risk and try.