Dear Joan: An Apology From A Feminist Mad Men Fan 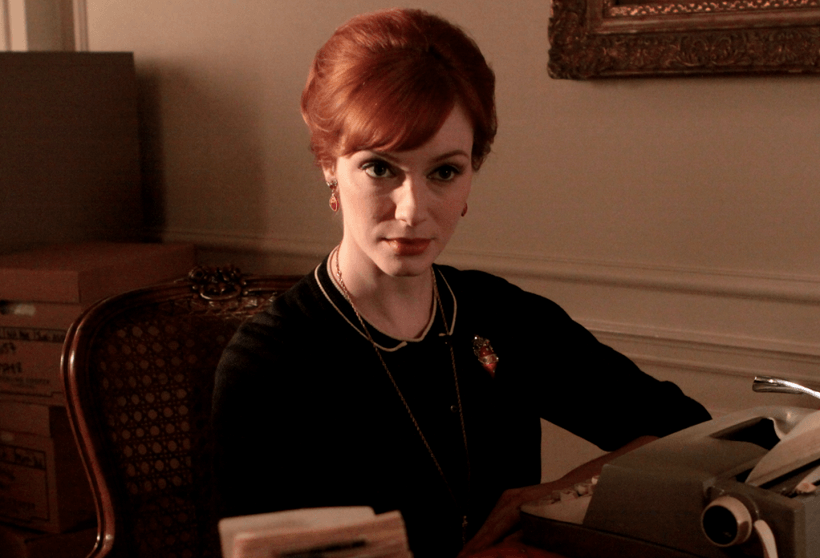 I hate that I hated you so much at first, and especially that I hated you for your looks. I know better now. You're not just a femme fatale, the phrase you’ll find following your name all over the Internet.

I want to apologize for the way I originally treated you.

If I'm being honest here, I was being a jealous girl. You're beautiful. As someone who has experienced significant weight loss and quite frankly is just happy to have gone from fat to curvy, I was angered to be made aware of a woman with way more impressive curves than my own. Like, I know y'all exist, but I don't like having it thrown in my face. Seeing you struttin' down the muted hallways at Sterling Cooper filled me with more anger than admiration.

I also just didn't like your attitude. I hated the way you were so catty, so conniving, and so status-obsessed. You talked sweet to men, but down to women. You relished and perpetuated office gossip. You tore other women down to make yourself feel better, and whenever anyone around you attained even a modicum of success, you went out of your way to put a stop to it so you could stay in power. You reminded me too much of the girls I hated in high school. Though I wouldn’t self-identify as a capital-F Feminist for a few more years, I knew I didn’t like what you were doing. But now, many years removed from my first flushes of fandom with Mad Men—that sick day I spent sniffling on the couch, alternately feeling awful and hungrily plowing my way through the first season—I can see all I was doing was taking my own insecurities out on you. 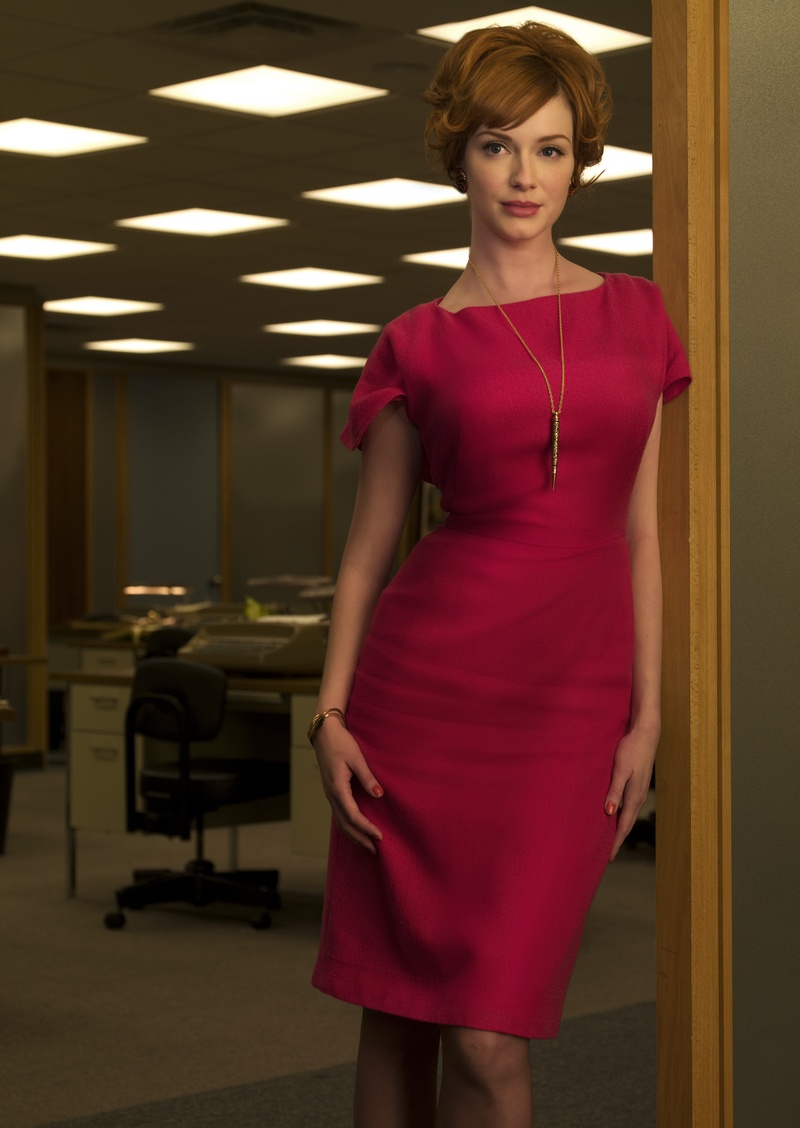 As seasons wore on, I started to see where your behavior came from. You’re not just the torpedo-bra-ed bimbo you’re so often painted to be. You are smart, Joan, and you have talents—you just haven’t been allowed to find out what they are. You didn't know you were allowed to be smart and talented until you saw Peggy Olson, one of your former underlings, start climbing the ranks almost completely by accident. You were jealous, just like me, but not without reason. When you were mean to other women, it because you were trying to work something out internally. I’m not saying I agree with it, but I am saying I understand it.

And your story wasn't uncommon—yours was a vessel for the professional plight of millions of women during that era. They were our mothers and grandmothers; women who worked their asses off and got nothing in return but another crude joke about their appearance. Women who, when they tried to seize power, had their hands patted and were gently told to get back to their typewriters. I always knew life was shitty for women in the middle of the 20th century, but seeing it played back to me was ugly and haunting. Your character opened my eyes to the true tragedy of working women of that era.

And now we're here, at the last seven episodes, and I just wanted to say a sincere "I'm sorry" before you go. All of the women on Mad Men have undergone incredible, inspiring transformations, some more inspiring than those of real, actual people. Peggy's taught me to stand up for myself in professional settings, consequences be damned—it's better than stewing silently or worse, being afraid to say anything because you think you won't be taken seriously. Bobbie Barrett was only on for about four episodes, but delivered a line I want on my headstone. Sally reminds me so much of my idealistic mother, down to the fact that Sally's roughly the same age my mom would have been at that time—I like to imagine that they'd have been friends. And Betty . . . well, Betty will get there.

I hate that I hated you so much at first, and especially that I hated you for your looks. I know better now. You're not just a femme fatale, the phrase you’ll find following your name all over the Internet. You’re not some siren who solely exists to sidetrack successful men. You have goals, you have professional desires, and it sucks that, unless they can wrap it up in seven Sundays, you'll never reach them. Not because you're not trying, or because you’re not good enough, but because the social scaffolding of the era has doomed you to fail. But don't think I didn't notice—you made a difference at Sterling Cooper, even if the men around you will never admit it. People may not agree with the means by which you got there, but the point is, you got there. You did what you had to do. And you forever have my respect.

I'm gonna miss you, girl. It's almost 1970 now, and my money's on you having a feminist awakening pretty soon. Give 'em hell, Joanie.