How To Talk To Childless Women 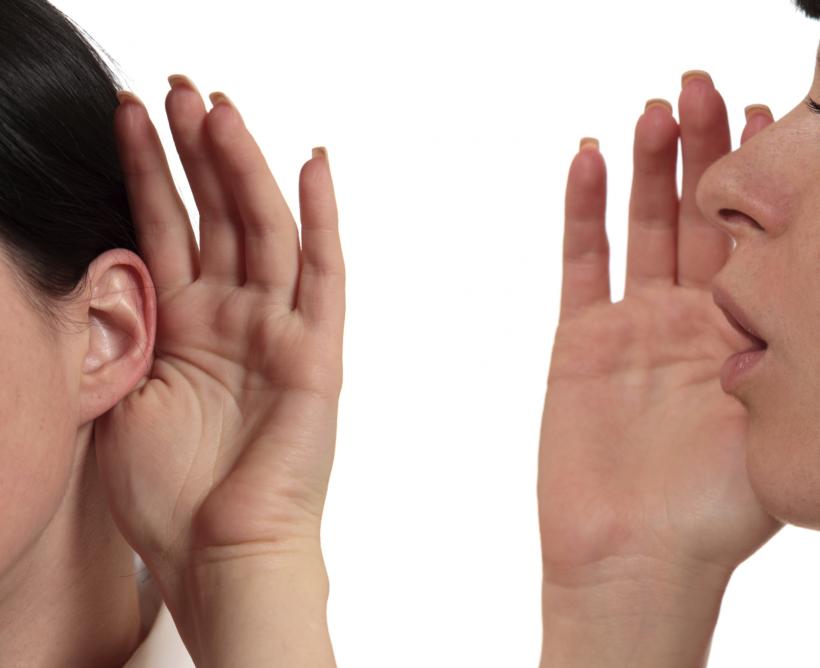 Childless women are often starved of attention so try to make sure everyone in the room is paying attention when you ask her why she doesn’t have children. This will demonstrate how important her fertility is and will allow people to chip in with useful advice.

With the recent publication of Selfish, Shallow, and Self-Absorbed: Sixteen Writers on the Decision Not to Have Kids, women and motherhood are center stage in the cultural spotlight. As a response, I've pieced together some flawless advice for how to engage with childless women—because not enough can ever be said about the biological clock!

1. If a woman does not have children she probably wants to talk about it. Directness is always appreciated, so start the conversation by asking a few questions about her fertility.

2. A woman who says she doesn't want kids will probably change her mind later: It's your duty to inform her of this fact.

3. If a woman has previously said she doesn’t want children and then becomes pregnant, assume that this was a change of heart and not an accident. Merrily remind her of how silly she used to be at every opportunity.

4. If a woman says she doesn't like children rush to assure her that she would change her mind if she had some of her own. This performs the dual function of reminding her that she doesn’t know what she’s talking about and stops her from sounding like a cold bitch—a win-win!

5. If a woman says she doesn’t have children because she is worried about overpopulation, ask her how something as cute and small as a baby could possible be dangerous. Accompany this with a squeaky voice and mime smooshing cheeks.

6. If a childless woman has expressed no interest in children, wait until she is holding a baby and then saying something meaningful like “this time next year!” This will open her eyes to the possibility of having children and remind her that she should probably get a move on.

7. When talking to women about their lack of children, it can be helpful to use metaphors. Many women don’t realize how desperately important it is for them to become pregnant as soon as possible. A useful metaphor here is a clock, slowing ticking down. Call it something scientific like a “biological clock,” just so she knows how serious it is.

8. A woman who says she doesn't want to talk about her potential to have children is denying her biological destiny: Gently but firmly remind her that the clock. is. ticking.

9. Another way the biological clock is useful when talking to a childless woman is as shorthand. If you don’t have time to go into all the reasons why she should be getting pregnant soon just go “tick tock tick tock!” whenever you notice the childless woman looking at a child. It’s a fun and playful way to remind her that her eggs are literally dying.

10. If you’re not sure how to talk to childless women, practice on some little girls, ie Childless Women in Training. Call them things like “little mother” and ask if they want to have babies when they grow up. If they say “no” laugh heartily but keeping asking probing questions until they relent with a “yes.”

11. One of the saddest things is a woman who has been denied grandchildren. Quite often these women will say that they aren’t bothered about grandchildren, that they are happy for their children to make their own decisions about parenthood. This is a brave and pathetic lie.

12. When dealing with a tragically grandchildless woman, pity and criticism are your friends. Pity for her, criticism for her heartless children.

13. A woman who says she isn't ready to have children is just lacking in confidence: Spend some time telling her she'll be a great mom and conclude with a solid argument as to why she should have children immediately.

14. If a childless woman keeps insisting that she doesn’t want to have children, enlist the help of her partner. Ask him if he thinks the childless woman would be a good mom. He will say yes and she will immediately change her mind.

15. If the childless woman is a lesbian you can ask her partner the same question, but don’t forget to flip their roles and ask the same questions the other way around. Once they have both admitted they would be good mothers ask what they intend to do about “the stuff,” ie S.P.E.R.M.

16. If a childless woman does not have a partner respond to everything she says with “just not met the right chap?” It shows you understand that her childless state is not voluntary.

17. Always insist childless women hold the nearest baby. It will give them something to talk about to their friends later.

18. Childless women are often starved of attention so try to make sure everyone in the room is paying attention when you ask her why she doesn’t have children. This will demonstrate how important her fertility is and will allow people to chip in with useful advice.

19. If one of your childless friends asks you a question about your children, never assume she is just being polite. This is a desperate cry for advice and guidance: Spend the next two hours telling her everything you know about babies. Do not allow her to deflect the conversation back to her career, partner, or current events. She will thank you for this when she is (inevitably) a mother.

20. Try to get into the habit of asking every childless woman in your life about her plans to have children on a regular basis. They may sound like a lot but childless women are liable to forget how important it is that they get pregnant before the dreaded Four-Oh.

21. Once a woman has hit 35, you need to switch from persistent breezy interest to persistent breezy concern. Remind her that many women become mothers later in life but that it's a lot more dangerous. If she still insists that she doesn’t want children, your conversational tone should switch to fixed-grin-panic. Tell her that you love children and you don’t understand why anyone wouldn’t want them, especially a woman. Then sit back and watch her cave in the face of this unassailable logic.

If you like this article, please share it! Your clicks keep us alive!
Tags
Selfish Shallow and Self-Absorbed
Children
motherhood
pregnancy
Satire
parenting
women
humor

How To Talk To Childless Women
Beulah Maud Devaney