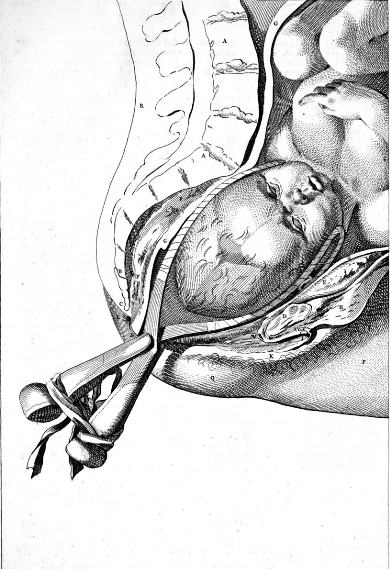 The specter of people breeding too much—somewhere—is a familiar one.

"Childbearing [is] barbaric and pregnancy should be abolished," wrote radical feminist theorist Shulamith Firestone in The Dialectic of Sex.

Firestone didn't just mean that the physical experience of pregnancy was awful. She meant that the fact of pregnancy tied humanity to barbarism. Female childbearing, for Firestone, was the biological rationale, and justification, for female oppression—which was the prototype for all oppression. Humankind could not be truly equal and civilized until pregnancy was abolished via advances in science.

Motherhood, for Firestone, was, literally, degradation and inequity. You needed to abolish it if the world was to become a better place.

The quote about pregnancy and barbarism is mentioned by Sophie Gilbert, one of my editors at the Atlantic, in a recent piece headlined "Why Women Aren't Having Children." The piece is an enthusiastic review of Selfish, Shallow, and Self-Absorbed, an essay collection in which 16 writers explain why they have decided not to have children. Gilbert says:

"The concept of the innate biological desire to have a baby is a familiar one, repeated throughout books and television shows and emotional anecdotes about how friends and family members were suddenly gripped with a burning desire to get pregnant. But for women who've never felt such an urge, and who keep waiting for it to happen without ever experiencing any such stirrings, the notion can be alienating."

Women don't necessarily have a biological desire to procreate; there is nothing wrong with women who don't want to have children, and there's nothing especially selfish about not wanting to have children either. Gilbert's argument on these points is convincing. But she doesn't quite stop with asserting the validity of childlessness. Instead, at various points, led by the essay writers it discusses, the piece edges closer to Firestone's view—that there is something innately oppressive, or at least problematic, about motherhood.

For example, Gilbert comments on the "inextricable links between increased education and intelligence, and opting out of procreation." It's smarter to have fewer kids.

Gilbert also argues that "bringing ever more humans into an overpopulated world . . . the human race has never, ever, been less in need of perpetuation." But in fact, most sustainability problems on the planet are caused by overconsumption among countries with low birthrates, not by overpopulation per se. But the specter of people breeding too much—somewhere—is a familiar one. So is the sentiment expressed by Tim Kreider, who scoffs at baby-making as a goal of humanity, quipping that it's "a pretty low-rent ultimate purpose that's shared with viruses and bacteria." Childbearing is distasteful, unclean, mindless. It is, as Firestone argued, barbaric.

The stumbling block here is that it's difficult to point to childbearing as barbaric without implicating the people who have children. I'm sure none of these writers intends to argue that parents or mothers are stupid, irresponsible, or even vaguely disgusting. And yet those implications are there—not least because they're quite prevalent prejudices in the culture at large. "The sooner having children is approached from a rational standpoint rather than an emotional one, the better for humanity, even if the result is that there are slightly fewer people left to enjoy it," Gilbert writes at the end of her essay. That's a line that, with no alteration but a change of context, could be used as a justification of the '90s welfare reform laws which cut benefits for mothers unless they worked.

It's true, as Gilbert says, that motherhood is touted with paramount importance and often forced upon women. But it's also true that motherhood is associated with women and femininity, and as such it can be—and often is—sneered at and denigrated in various ways. The Welfare Queen stereotype, which demonized women of color, is just one example—but a telling one, I think. Welfare mothers are loathed because they are lazy; they're getting something for nothing.

Similarly, Gilbert's article suggests that the impulse to propagate is emotional, and the impulse to propagate less is "rational." She approvingly quotes Lionel Shriver, who declares that in our society, "we are apt to look back on our pasts and question, not, did I serve family, God, and country, but did I ever get to Cuba, or run a marathon? Did I take up landscape painting? Was I fat?" The stuff money can buy—trips to Cuba, time for exercise and hobbies—is more important than God, country, or, significantly, family.

Mothers are not good rational, industrious economic actors; they reproduce when they should produce. They choose, deliberately, to be fat. They fail at capitalism, and at life.

You would think that this sort of denigration of child-rearing would help undermine the culture-wide enthusiasm for motherhood. But Allison Pugh's forthcoming book The Tumbleweed Society suggests that it may do the reverse. As Pugh writes:

"Intensive motherhood also appeals to mothers, however, because insecurity renders newly notable, and newly compelling, those commitments like parenthood that are held to be unshakeable . . . By making some commitments seem elective, insecurity lends a certain mystical freight to those that are not."

Not all people are going to measure their success in terms of trips to Cuba. For most people, in fact, relationships are really important. And if you create a society in which individualism and rationality are paramount, people are going to cling all the harder to those emotional relationships which seem inviolable— like parenthood. Touting independence, rationality, education, and running marathons may reassure some about the acceptability of childlessness. But it also contributes to an ethos of neoliberalism which makes many people feel alone and isolated—and those people turn to parenthood as the one stable, acceptable relationship our society validates.

Maybe, then, pointing to the joys, or rationality, or superiority of childlessness is not the best way to puncture the cult of motherhood. Instead, Pugh's research suggests, what is needed is not a devaluation of mother/child but a revaulation of other relationships—with significant others, parents, grandparents, extended families, friends, or communities. Motherhood, in our culture, stands in for all relationships; it's the one bond that matters, the one thing that is allowed to be unrationalized but important. The way to change that isn't to further denigrate emotion and connection. It's to accept that community and connection matter, and should matter, broadly, in different ways, to everyone.

Gilbert insists that a life without children is not "sad and empty." As proof she suggests readers contemplate "Oprah Winfrey, or Ellen DeGeneres, or Jane Austen, or Queen Elizabeth I. Or George Washington, or Nikola Tesla." Those are all very successful people. But is success alone the measure of a full life? People's lives are not meaningful because they've written books or commanded armies, surely. They're meaningful because they've cared for others, and been cared about in turn. Would Jane Austen have sacrificed her sister for her novel sales? Would George Washington have exchanged Martha for the presidency?

You can have a full life without children not because you can be successful without children, but because you can have meaningful relationships without being a mother. Maybe someday the utopia Firestone imagined will come to pass, pregnancy will be abolished, and children will be grown in tubes. In one vision, perhaps, that test-tube future will mean independence and rationality for all—the ultimate end point of neoliberal independence and disconnection.

But the end of motherhood could also mean, not an end of parental affection, but a liberation of it, so that people can finally acknowledge and explore the full range of relationships, and of love.

If you like this article, please share it! Your clicks keep us alive!
Tags
the atlantic
why women aren't having children
Sophie Gilbert's recent piece at the Atlantic headlined
Shallow
and Self-Absorbed
Sophie Gilbert
motherhood
pregnancy
neoliberalism
parenthood