Should We Really Do Away With Gender? 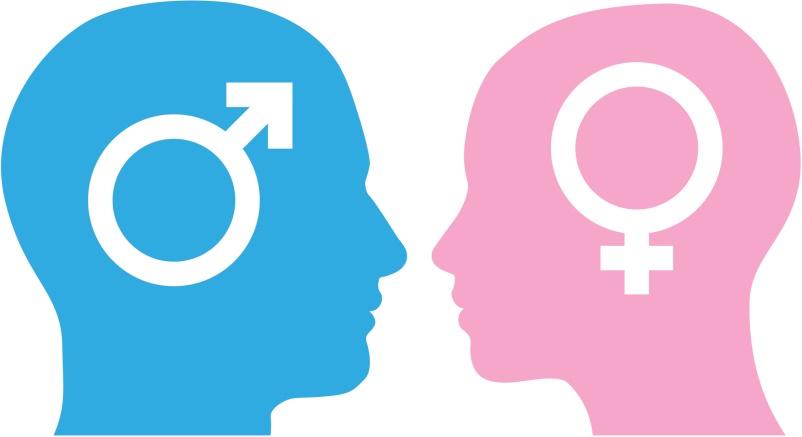 Gender—away with it! That's what many radical feminists argue, and you can see their point. Gender, and gender roles, are hugely oppressive, for women most of all, but for men, too. Gender expectations have been used throughout history, and across cultures, to keep women out of professions, to keep women from having the vote, to shame women who don't want children, to justify rape since women are default sexualized and therefore always "asking for it." They've been used to shame men who don't want to go to war as well, or who like watching soap operas, or who are gay, or who default in any way from the supposed gender standard of manliness. Gender: it makes people miserable, and leads, not infrequently, to violence. Why shouldn't we just abolish it?

But what exactly does abolishing gender mean?

Radical feminists often argue that we need to get rid of the "gender binary"—but in practice that seems to mean not getting rid of gender so much as getting rid of specifically feminine gender expression. Radical feminists often criticize the wearing of make-up or heels, or posing for the "male gaze." They're also very critical of trans women—as I discussed in a piece last week at Playboy.com discussing radical feminist criticism of Laverne Cox's nude photoshoot in Allure. After that essay, my Twitter mentions filled up with radical feminists insisting that Cox was reinforcing the gender binary basically just by existing as a trans woman. The genderless utopia, then, seems to involve rejecting the gender of trans women. Which doesn't seem like much of a change, really, since our society, right now, rejects and despises trans women all the time.

Genderlessness, then, isn't so much different from the gender we've got—which makes sense when you think about it. Our current gendered system is based on a universal misogynist standard; maleness is good, everything not male is bad. The genderless ideal wants to abolish gender in the name of "no gender." But when you do that "no gender" becomes the standard itself. And, since in our society, maleness—as the standard—is unmarked, "no gender," by default, just ends up being that standard of maleness all over again.

The problem here is a conceptual error. Radical feminists look at gender oppression and say, we must abolish gender. But it's not the gender that's the problem: It's the oppression. Gender standards—and standards of genderlessness—are used to declare that certain gender expressions are wrong. Wearing heels, being gay, being trans, reading romance novels—if you perform gender in a certain way, you are unnatural or stupid or corrupt, and can be sneered at, or at worst, subject to violence.

The solution to that, though, isn't to prevent people from wearing heels, or being gay, or being trans, or reading romance novels. In fact, preventing people from doing those things is just policing them in the exact same way we police them now. Rather, the solution is to stop policing people on the basis of gender.

Utopia, then, is not a world in which there is no gender. Rather, utopia is a world in which there are a wide variety of genders and gendered expressions, all of which are seen as equally true, and equally acceptable. Gender of all sorts would ideally be as unmarked, and unremarked, as whether or not you wear glasses or contacts. You'd notice if someone was male or female or both or neither, but it wouldn't be defining, and wouldn't carry with it a weight of expectations, anger, censure, and potential violence.

Demanding genderlessness just makes gender even more important, and even more visible. It forces you to look ever more closely for the hated signs of gender, so you can stomp them out. If you want gender to disappear, you need to stop stomping. The end of gender isn't the moment when no one has a gender, or identifies with a gender, or wears makeup, or bodybuilds, or plays with toy guns. The end of gender is the moment when wearing makeup or playing with toy guns isn't seen as having any particular meaning other than that you like wearing makeup or playing with toy guns (or like wearing makeup and playing with toy guns both, at the same time, for that matter). As long as there's one standard, even one standard of genderlessness, people will be forced to abide by it, and those who don't will be marked and targeted.

Freedom isn't getting rid of gender. Freedom is when we cease to use gender as a cage.