My Story of Alcoholism, And The Hell It Took To Become Aware 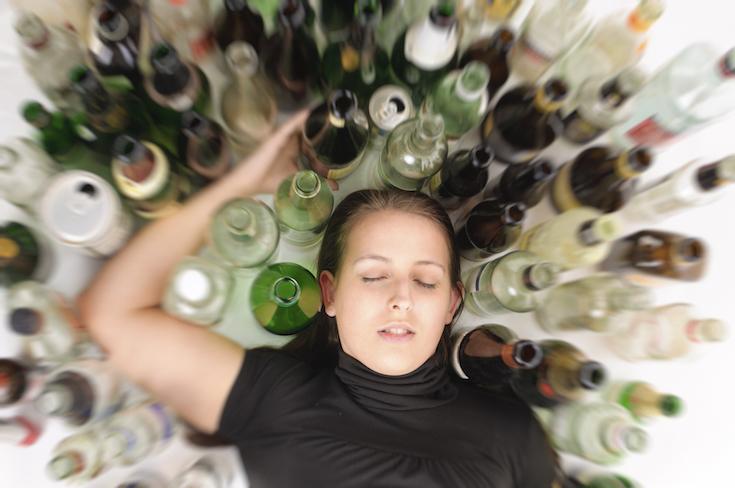 The National Council on Alcoholism and Drug Dependence marked this past April as its 29th Annual Alcohol Awareness Month. The purpose of the occasion is to increase public awareness and understanding, reduce stigma and encourage local communities to focus on alcoholism and alcohol-related issues. But who’s not aware of alcohol? Especially in the spring, when restaurants and bars spill open outside onto the sidewalk, alcohol is everywhere! Everyone drinks! (Or so it may seem.)

Before I got sober in March of 2007, I was well enough aware of alcohol. The problem was that I was unaware that alcohol was my problem, and that unawareness increased with every drink.

Google tells me that “awareness” is the ability to perceive, to feel, or to be conscious of something. It’s to be conscious of events. It means knowing one’s thoughts and feeling one’s emotions. The irony of Alcohol Awareness Month is that alcohol’s primary function is to make a person unaware.

When I was active in my addictions, I wouldn’t have said the problem was booze, and reading statistics on alcoholism— as the media is wont to publicize whenever we’re commemorating any of these so-called “awareness months” — would have only emboldened my disbelief.

Certainly, my life as an alcoholic was not what most would imagine. I was a writer, living in the West Village of New York City, enrolled in a prestigious graduate program and working on a book.

At least, this was my cover story. By that winter, I had mostly stopped attending class. Some months earlier, I’d unceremoniously quit my day job. It had simply become too inconvenient to show up. To afford that West Village studio, I was having sex for money, an activity I didn’t particularly enjoy but that I couldn’t seem to control. I spent my time drinking, fucking, asleep or hung over. I was not writing. There was no book.

The Twelve Step definition of alcoholism is when a person is powerless over alcohol to the extent that their drinking is making life unmanageable. Though I would have readily admitted my life was unmanageable, at this time, I didn’t connect that unmanageability to booze.

In my mind, I had bigger problems than what I may have reluctantly began admitting was my “problematic drinking.” There was my senior project coming due, and the fact that I’d never found an advisor or assigned myself to a peer group. There was whatever inappropriate thing I’d said or done the last time I was drunk.

There was the condom I’d found sticking out of my vagina one day randomly while I was  sitting cross-legged at my computer in a t-shirt and no underwear. There was the spotty rash creeping up my thighs.

And then there were my feelings. Emotional hangovers, I’d call them. Alongside the nausea, I’d wake up to waves of remorse and regret. I remember one morning vividly. The night before, a professor had thrown a party. I hadn’t been invited, but another student I was friends with had and so I’d crashed it. I spent the night sitting on the couch, feeling out of place and getting drunk, harassing his cat. An hour or so into it, I felt sick. I had to leave— but not before I said something humiliating to a guy I was interested in. On the way home, I threw up in the cab.

The next morning, I called and spoke with a friend who just happened to be in a Twelve Step program. This detail meant nothing to me at the time, and it would be at least another month or so before I got sober. It was just one of many, depressingly similar mornings that I woke up to feeling humiliated, my life out of control.

As that winter folded into spring, I was becoming aware that maybe— just maybe, most likely, okay definitely— I had a problem with drinking (I still wouldn’t have called it alcoholism). So what? What could I do about it?  The obvious answer, “just don’t drink” didn’t even occur to me.

It was, and to a certain extent remains, my experience that awareness sucks. Awareness that you have a problem can feel worse than useless when you don’t know what to do about it. It had become my habit that the more aware I was of my problems, the more overwhelming they felt, the more I used alcohol (and sex) to squelch those feelings, the more problems I had. These days, when I have a problem and I don’t know what to do about it, I don’t just ignore it. I’ve learned that no matter the problem, the solution is to ask for help.

Before I got sober, I tried all kinds of tricks to control my drinking. I tried counting and limiting the number of drinks I’d have in one night. Or alternating alcoholic drinks with seltzer. I’d promise myself a “night off” from alcohol only to “change my mind” just as soon others around me started drinking. For me, moderation didn’t work. I needed to abstain from drinking entirely. In order to do that, I needed help.

If you think you might have a problem with your drinking, there’s help available. If you’re not quite sure, people who know more than you can help you figure it out.

If you like this article, please share it! Your clicks keep us alive!
Tags
alcoholism
alcohol. 12 step program
recovery
addiction