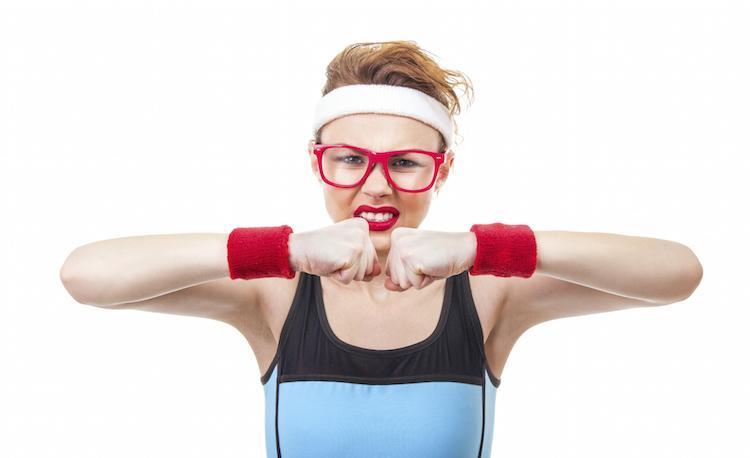 Tonight, I went to a class called Yoga with Anti-Gravity Wings. Tomorrow, I’m taking Pilates on a new kind of reformer called a Proformer. I’ll mix that up on Thursday with spin class. Then, this weekend, I’ll do Pilates again, but on a regular reformer. I probably sound like I’m one of those people: the kind who have a “perfect” body, is obsessed with losing weight, or — even worse — those women who regularly posts photos of herself in yoga poses on Instagram.

They say exercising makes you feel good. I feel that way — when it’s over, that is. I’d rather be at a bar than at barre class. I eat French fries. I don’t own a yoga mat. Whenever an instructor utters the words “push up,” I hear: “It’s time for a water break!”

So, why devote this much energy to doing something so time-consuming and strenuous? Simple: I suffer from anxiety. Exercise allows me to control my disorder in a natural, but effective, way. If I don’t work out, I feel panicked and uncomfortable in my own skin. My body actually becomes stiff. I don’t feel well, emotionally and physically. If I want to remain sane and productive, exercise is essential.

And yes, there’s the vanity factor as well. Yes, wanting to have a body that I approve of plays some role in my devotion to exercise. I’ll admit that, but sadly, my anxiety is stronger than my vanity.

I’m not the only person who uses exercise as a means to cope with anxiety. In April, Lena Dunham posted a picture of herself in gym clothes on Instagram with the following caption: 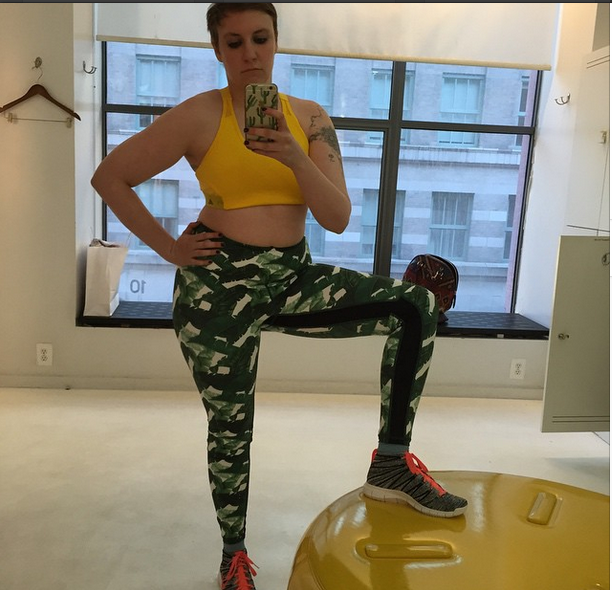 Promised myself I would not let exercise be the first thing to go by the wayside when I got busy with Girls Season 5 and here is why: it has helped with my anxiety in ways I never dreamed possible. To those struggling with anxiety, OCD, depression: I know it's mad annoying when people tell you to exercise, and it took me about 16 medicated years to listen. I'm glad I did. It ain't about the ass, it's about the brain. Thank you @tracyandersonmethod for showing me the light (and @bandierfit is where I bought my Florida mom inspired workout look.) #notsponsored #stillmedicated

Dunham is right: It is about the brain. Scientists and doctors say that exercise is an effective way to cope with depression and anxiety. According to the Mayo Clinic, the exact connection between exercise as a means to alleviate depression and anxiety isn’t perfectly understood. But when you exercise, you brain releases "feel good" chemicals like neurotransmitters, endorphins, and endocannabinoids. Exercise also takes your mind off whatever you are feeling anxious about so your brain focuses on the task at hand, as opposed to the presentation you have to give to 50 people at work tomorrow. Exercise, especially group classes, gives you social interaction, which can help improve your mental state. Lastly, the realistic goals you set for yourself, like holding a plank for 30 seconds (as opposed to losing 30 pounds in 30 days) give you a feeling of accomplishment that carries over to other aspects of your life.

But what if you really hate exercising? Like, even more than I do? Well, I have good news: Your brain doesn’t know the difference between a brisk walk on the treadmill at the gym and a brisk walk in the park. So, whatever kind of physical activity sounds most appealing is your best bet for anxiety relief.

While I agree with Dunham (and science), the truth is that if I could feel less anxious without working out, I’d probably spend a lot less time with a Magic Circle between my legs (wondering what exactly is so magical about a plastic circle with rubber around it). I try to make exercise as fun as it can be. I entice myself with cute gym clothes and often exercise with friends, so it can be a social event (often followed by some sort of meal and possibly booze afterwards). Furthermore, I only take classes because I’d rather be anxious dead than use an elliptical machine.

Don’t get me wrong, I could be having the best workout, hearing a great playlist, while being entertained by instructors who moonlight as stand-up comedians (I do live in Los Angeles, after all), but I’d still check my watch 900 times per class. I’m like a child in the backseat of a car on a road trip: “Are we there yet? Are we there yet?” I see exercise as a means to an end and much as I would like to enjoy the journey, I can’t say I do. Exercise is something I see as an obligation to my sanity and myself. I don’t have to like it. I just have to do it because while I’d rather lie down on my couch than in a child’s pose, I know if I’m anxious, I won’t be able to lie down at all.