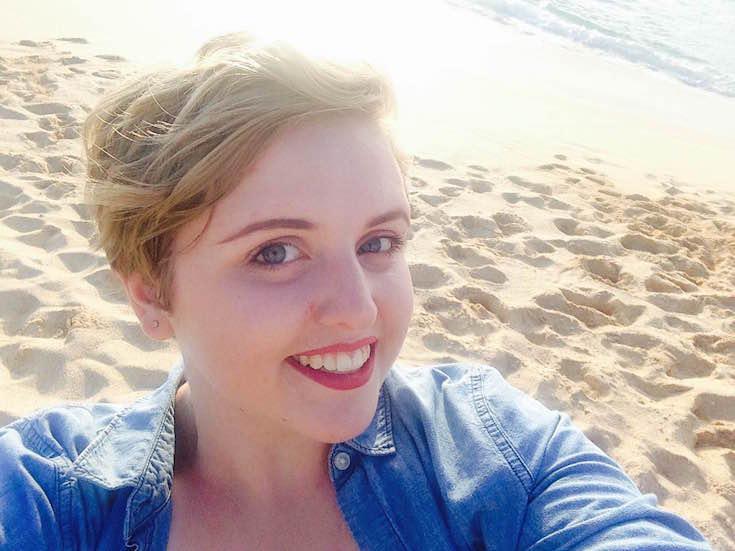 When we talk about mental illness, we hold it at arm’s length. We don’t like to talk about the vomiting-into-coffee-mug moments, and so we think that when we have those moments, we are the only ones. But we aren’t. Not even close. I have pages and pages of messages filled with those moments, with the dark, ugly parts of mental illness that cannot be wrapped delicately into poems and motivational speeches.

One week. Turns out I made it one week.

On the brochure of all of my college’s promotional material, there is a beautiful meadow with a reflection pool and an arbor surrounded by stone benches. I had always pictured myself spending afternoons studying there. I instead found myself curled up on one of those benches at 5 in the morning, promising the crisis-hotline operator that no, I did not want to kill myself. I just didn’t know who else to call.

This entire experience was easily the biggest, ugliest shock of my life. Not that I didn’t know college would be rough. I am a lifelong member of the Really Anxious People club. I could probably be the president of it at this point, but campaigns make me anxious. Since infancy, existence in general has made me really nervous. I refused to breastfeed, had a weird phobia of facial hair that almost got me pulled out of school, and went through a very annoying compulsive phase that required the whispered recitation of a twenty-minute prayer before I could eat a bite of food, lest I poison the whole family.

Like any reasonable person, I took these things into account and prepared accordingly. I went to a few farewell therapy sessions with my wonderful counselor, got myself put on Zoloft, and learned alternate nostril breathing (So. Much. Snot.). I prepared for The Worst, which in my mind was a few weeks of spotty eating and frequent panic attacks, but nothing I had never made it through before.

But that, unfortunately, was not The Worst. The Worst was, as it tends to be, was much, much worse than what I had thought it could be.

There was a lot of crying and screaming and vomiting (So. Much. Vomiting.). So much, in fact, that I eventually found myself on the floor of my dorm closet, retching my own stomach bile into a mug I’d gotten as a graduation present. I had crawled there because I couldn’t walk anymore.

I stopped eating and sleeping. I hallucinated that people were following me into the woods on campus where I eventually collapsed from exhaustion, only to wake up hours later with no idea of how I had gotten there. No idea how I would get back.

It took five days for us to make the decision to bring me home. My body had started to deteriorate, and my anxiety had completely taken over. It took my dad another two days to drive up and get me. I thought I had been there for three weeks.

The thing about mental breakdowns is that before they happen to you, they exist on the plane of things that only happen to those other people. Estranged uncles and Sylvia Plath totally lose it, but you? Impossible. Never.

Even worse was the fact that this wasn’t some big, extraordinary thing that I was trying to do. Moving out and getting an education is something everyone I knew had done. If I couldn’t do this, how would I ever make it to grad school? Get married? Start a family? Be a person?

But then the messages started coming in.

They poured in for weeks, one after the other. Some were from close family members and friends — some were from people I hadn’t spoken to in years. But they all told me the same thing:

When we talk about mental illness, we hold it at arm’s length. We don’t like to talk about the vomiting-into-coffee-mug moments, and so we think that when we have those moments, we are the only ones.  But we aren’t. Not even close. I have pages and pages of messages filled with those moments, with the dark, ugly parts of mental illness that cannot be wrapped delicately into poems and motivational speeches.

This experience is one of those prickly stories we don’t like to tell. And it doesn’t mean anything if I shut it away somewhere and never talk about it. If I do that, this whole experience is nothing to my life except suffering.  But if I tell you about it, and you tell me about yours, they mean something. Maybe they don’t suddenly become something that was “worth it”, or that “happened for a reason”, but they won’t be alone.

You won’t be alone.

I won’t be alone.

I had to leave the college of my dreams because of my mental health. It was terrible. I hated it. I wish it had never happened. But I want you to know all of that. It’s not just me, not just my coffee mug. If we’re going to suffer, we might as well do it together. Let’s start a club.

I’ll be the president.

If you like this article, please share it! Your clicks keep us alive!
Tags
college
mental health
breakdown
anxiety
zoloft
teenager