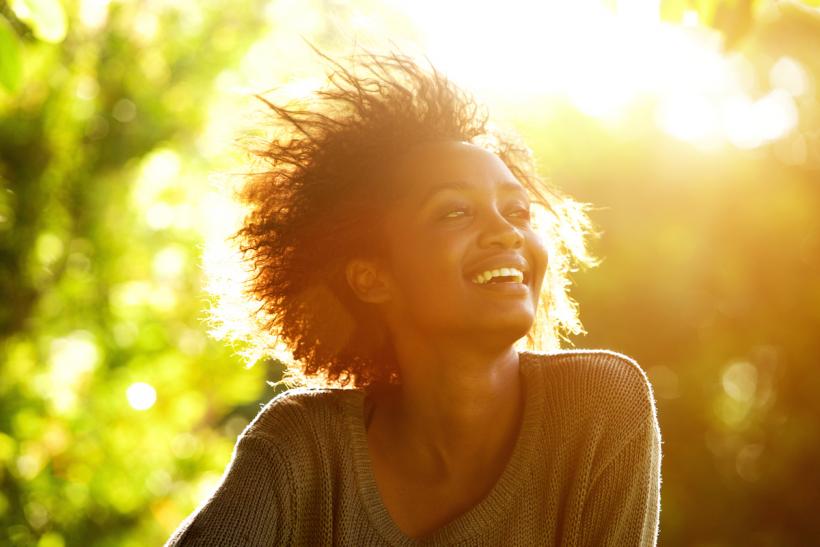 "I don’t view my mental illness as something that gets in the way of a happy or meaningful future, but rather a practical reality of the life I live and plan to continue living."

My first memory of my OCD goes back almost as far as I can remember. I was in kindergarten, and it was just after 9-11 — an event that had ignited a firestorm of anxiety that very nearly prevented me from attending public school altogether. It was summer, and we had moved into my grandparents’ home while they served a three-year mission leading and feeding and caring for young Mormon missionaries in South Carolina. Their house was out in the country, so far from town that the street is named 8 1/2 Avenue. Our nearest neighbors lived on 9 1/4. This meant a lot of things to Tiny Me, namely that we were too far from help should any disaster arrive. And also bugs. There were so many bugs, and I worried that all of them were venomous.

I started brooding over mosquito bites. Then scratches and bruises. Any bump or fall was soon followed by an intense personal examination, in case I had accidentally mistaken a stubbed toe for a snake bite or irreparably damaged my body in some strange, ineffable freak accident. Eventually, I would worry myself to the point of hysterics, and, trembling, ask my mom whether she believed I was going to die. The conversation usually went a little something like this:

“Mhm. It’s just a little spider bite. Leave it alone, and it’ll go away on its own.”

“So you… you don’t think it’s anything to worry about?” I always tried to play it cool at first, attempted to feign curiosity instead of genuine fear.

I needed more reassurance than that. I’d take a breath, banish the shame holding me back, and say, “So, if the spider were venomous, I’d already be dead, yes? It would have probably killed me by now.”

“I suppose so. You’d at least be very sick. I don’t think you’ll die from it.” And with this very specific and definitely scientifically sound information, I would relax — at least until the next time I found a mark on my body that foretold my impending demise. Then we’d have to do it all over again, both of us pretending that it was a perfectly rational concern. My mom is one of the few people I feel safe enough around to reveal my obsessions and carefully veiled compulsions. She’s talked me through countless other outlandish neuroses, and she still does. I don’t know where I would be without her. She’s one of the only people who can help me get “unstuck.”

Which is a big part of why I look back on that part of my childhood with intense fondness. Those years at my grandparents’ spacious ranch home were not easy, but they were important. I did so much learning and growing that it’s impossible to think of them as “bad,” even though I often feel like I’m supposed to.

I don’t view my mental illness as something that gets in the way of a happy or meaningful future, but rather a practical reality of the life I live and plan to continue living.

I loved my childhood. My religion was a patriarchal hot mess, my dad was an addict, and my brain got sick over and over. But I also climbed trees and spoke sign language and wrote bad poems. The very same religion that has so thoroughly screwed me up was also my cultural hearthstone, a place where I could connect with my community and receive support from an army of women determined to help each other raise me. One of the best years of my life was the one when my dad got sober. And my sick brain? I wouldn’t have experienced any of that beautiful goodness without it, and I would never have been resilient enough to live the life I live today. A life that is still affected by mental illness and past trauma, but one that I love with a ferocity that wouldn’t exist if not for the parts of my life that seem too hard or too scary to be good.

Chronic mental illness is a tricky subject to broach. Even though I’ve lived most of my life struggling with some sort of psychological dysfunction or another, people are always quick to reprimand me for speaking about my mental illness in a way that doesn’t include a fight toward some amorphous, ever-closer “cure.”

When I factor my mental health into discussions of the future, I’m often told to have more hope.

This is strange to hear, since hopelessness is the opposite of how I feel about my future most of the time. Imagining a future, to begin with, is an act of hope that I have not always been able to manage, one that I have fought long and hard to reach. I don’t view my mental illness as something that gets in the way of a happy or meaningful future, but rather a practical reality of the life I live and plan to continue living. It’s certainly a part of my identity, but not any more so than my Mormon upbringing, my gender, my sexuality, the languages I speak, or any of the other countless traits and experiences I have collected and curated over the years.

I’ve been mentally ill pretty much my whole life, and it isn’t something I see going away anytime soon. I don’t see that as an inherently bad thing. I was born with a brain wired a certain way, and I’ve experienced trauma that has left behind its own uniquely indelible marks. It’s something I will always need to work on and pay attention to, and there will be times in my life when it is easier than others — maybe even times that feel like it’s barely there at all.

Some people meditate everyday for the rest of their lives, and they’re still mentally ill. They’re just mentally ill people who are really good at breathing through it.

But it’s not something that just Goes Away, and thinking otherwise is a pretty sure-fire way to eliminate any of the actual meaning I have drawn from my life. It’s a life that countless other people live every single day — one that we urge them to keep living, despite our dismal appraisal of chronic mental illness in general. Telling mentally ill people to keep fighting in the hopes that they’ll one day "break free" from the shackles of illness is a pretty far-fetched notion, one that sometimes feels even more outlandish than my childhood bug bite paranoia. One that views our lives as something that lingers in stasis until we are adequately “better” enough to live them.

Some people only experience mental health problems periodically or temporarily, but there are lots and lots of people who deal with it all the time — people who were born with different neurology, who’ve survived traumas that don’t just magically melt away with some CBT and a spoonful of meditation.

Some people meditate every day for the rest of their lives, and they’re still mentally ill. They’re just mentally ill people who are really good at breathing through it — mentally ill people who probably also take some form of psychotropic medication. Their lives are not bad or wrong; they’re just pretty hard. Most of the good lives I’ve seen happen to be hard a lot of the time. Mine is one of them. Yours might be, too. I think that’s OK. I think life is allowed to be hard a lot of the time, and that valuing only the easy parts mostly just gets in the way of living it.

Mental illness is inextricably woven into the tapestry of my life, and I am no longer interested in denying that for the comfort of others.

It’s part of who I am and part of how I live, and I’m a pretty big fan of living. It has been really great so far. It has also been hard and scary and sometimes just about unbearable, but that's life. Most of the time it is a little bit of everything all at once. I’m not going to pretend any of it lacks meaning or importance, even the mentally ill parts.

And I don’t know about you, but that sounds pretty hopeful to me.