The Thing About Normal: When Your Mother Is An Addict 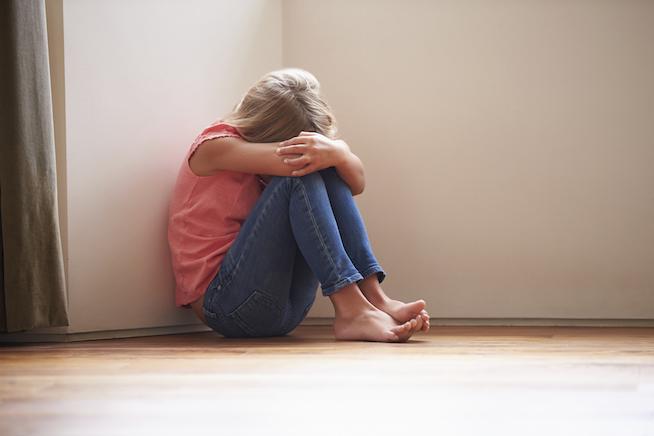 I don’t know if anyone has it ‘easy’ growing up, though I hope my kids will grow up and say that our family was mostly ‘normal.’ I hope to never read something like this, penned by any of them.

The thing about normal is that normal is subjective. My sister-in-law used to say, “Normal is a setting on the washing machine.” Not on my washing machine, though. Its only settings are whites, colors, or delicates (it’s a really basic washing machine). The thing about normal is, when your experience as a child is abnormal, you don’t really know it. At some point you realize that the thing you considered normal, the life that was your normal — the chaos, the fear, the absolute absence of normal — isn’t ‘normal’ at all.

Five nights ago I woke up at 2:26 am, drenched in sweat, and thirsty, thinking it was 6. Sometimes I have ideas in the middle of the night. Sometimes they seem pretty brilliant. For such occasions I keep a pad of paper nearby. I’ll attempt some in-the-dark, preschool-looking scrawls — most of which won’t actually be legible the next day.  If I can open my eyes wide enough to type, I’ll make a note on my phone. Sometimes I’ll be too groggy or confused to do either. If I am too tired or cross-eyed to write it down, I’ll say to myself, “This is A Good Idea. You’ll remember this idea in the morning because it is so good!” And then I’ll wake up at 6 a.m. and remember that I had an idea I was supposed to remember; but forget it anyway.

That was the long-winded way of me telling you I had an idea to write about growing up. And I opened my eyes far enough to make a note on my phone in the dark

I can’t remember why I wrote ‘bath’. It's probably better that way.

My mother is an addict. I don’t ever remember a time that she wasn’t an addict. That is my normal. And I wonder if my mom will read this and think, “But we were normal.” I don’t know. And I won’t know. Because I haven’t set eyes on her in four years — and only rarely in the few years before that. I won’t know if she reads this, or if she cries, or if she even cares. Because four years ago I told her that if she couldn’t be healthy, I couldn’t be near her. Therapists call this “Constructing Healthy Boundaries.” It’s “healthy,” they say. Maybe, probably, but that doesn’t make it less sad.

This must be what happens when you don’t really want to talk about something, but you need to. You talk in circles around and around it until you spiral right down to the center, and then there’s nothing left to say but the thing you need to say.

I don’t know what normal is.

Because what was normal to me, isn’t normal at all. And there’s no 'crazy pants' setting on the washing machine.

Boyfriends, friends, husbands, strangers. Always men on the periphery, and usually at least one or two in the center of the hurricane. Normal.

The sounds of slapping, hitting, throwing, crying, vomiting, fighting. Scary and up close; in your bedroom at 2 a.m.; in your living room, during what should have been just a Sunday football game. The hide-in-your-closet-crying kind of scary. Call-the-police scary. Blood, broken-glass, phone-ripped-from-the-wall, overturned-furniture scary.

Everyday, someone telling you that you are the reason their life is ruined. Losing one of your galoshes in knee-deep mud and getting a 2-by-4 to your backside. Even though you didn't know that the mud was that muddy. Even though you didn't really need those galoshes, because it barely rains. Everyone would have been better off if you were aborted. Someone told you that. And it seemed reasonable.

Stage one is pretty promising. The trouble with stage one is that it inevitably ends up in stage five. Stages 3-4 are particularly difficult. See: fights. Waiting for stage 5; you know to get a garbage can and a bottle of Pepto-Bismol, with a bendy straw, so she can drink it lying down. Also a hot wash cloth to take off her eye makeup. Stage six brings relief.

You are 7 years old. This is normal.

Will  there be dinner? If there is dinner, will it actually get cooked, and if it is cooked thoroughly, will it end up burned or — if it’s a barbecue — on fire? Are you loved or despised? Welcomed or turned away? Will you turn the key to find the house empty or full of strangers? Where will you sleep? Will any strange people try to get in your bed with you in it?

What is normal? Abnormal. The only thing predictable is that nothing is ever predictable.

And at the same time, I do. Because the things that happened, the bad, the good, the ‘normal’ that wasn’t ‘normal’ at all, made me this person. And I love her.

I want there to be closure, but I know there can never be real closure. Every time I think about her, about my normal, the wound is opened. I want there to be a point, or an end. Or an endpoint. But the point is, there is no end, really. Only a redefining of 'normal.'

I don’t know if anyone has it 'easy’ growing up, though I hope my kids will grow up and say that our family was mostly normal. I hope to never read something like this penned by any of them. But my mother is an addict. I don’t ever remember a time that she wasn’t an addict.

That is my normal.

If you like this article, please share it! Your clicks keep us alive!
Tags
alcoholism
addict
mother
ACoA
perfect daughters
childhood