Tess Holliday: The Voice Of the Fat Acceptance Movement 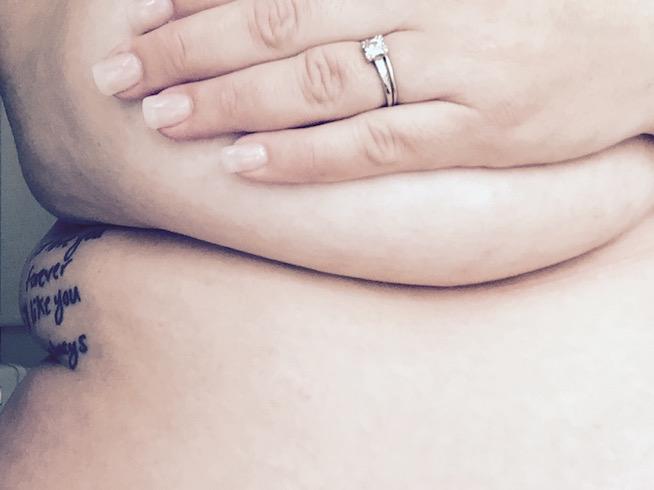 I’m writing this on my phone. It's 10:40 p.m. I’m on my bed, in a towel. My hair is wet. I still need to brush my teeth. I do a lot of brainstorming in the shower, when I can manage to get one alone anyway. Tonight I was thinking about Tess (Munster) Holliday — no, not like that.

I didn’t set out to be a body positive activist, it sort of just happened to me after I wrote this. I doubt Tess set out to be one either, but in the last year she’s soared to the top of the body positivity summit. She is The Fat Queen. She’s been around the globe, and on TV, and in your face, as the first plus-size supermodel of her size. And today The Guardian ran an interview with Tess. A tidbit for you:

“At one point, an African American guy, middle-aged, said something appreciative as he walked by. “What do guys think they’ll achieve by yelling something?” she asked, shifting her weight and adjusting the cape primly. “They’re like: ‘She’ll love this, I’ll definitely get her number.’” A pause, and then she added, with some satisfaction, “I do admit that black men love me. I always forget that, and then I come to a black neighbourhood and I remember.”

I was busy when this happened so I didn’t hear about it until later via The Twitter. And then my brain exploded in a series of 140 character tweets, that range from "mildly irritated" to "atom bomb."

If you don’t see how Tess’s comment is problematic, allow me:

Here’s the thing, Tess is gorgeous. Obviously. I don’t begrudge her fame. Obviously. Any voice for the fat is a good voice. Well, until they say some (maybe, probably) fucking racist shit, then not so much. Tess is the voice for fat people everywhere from Australia to Canada and all the continents in between. However, two things: 1. She is still white and she still has white privilege and she only represents part of a very large (HA) demographic of fatty pants. 2. If The Fat Voice is going to speak to the ENTIRE PLANET maybe The Fat Voice would like to take a pause to gather her thoughts. Just a suggestion.

Here’s the thing about Tess (God love her, and I do too). While I am certain she is well-intentioned, she is a pawn in a game of quick, look over here. I was a pawn too. Do you think The Today Show cares about me? No. They care about ratings. The media would love for you to believe that they love fat bodies, but in truth, they mostly just love money. And what women love to see most (besides kittens and newborn babies) is other women that look like them. Tess is a pawn dressed in full-sleeve tats and stiletto heels. She's the face of fat, but really she's only one face of fat. And we've put the Fat Movement on her plus-size shoulders. Oh hey, maybe she didn't want that responsibility?  Maybe she wasn't ready for everyone everywhere to hear every word she ever says.  And now she sort of screwed up a little, which sort of screws up the whole thing.

How did that happen anyway? Because it happened and we did it. At the end of the day, it's not even about Tess. White models represent 82% of the industry, even though the world is not even close to 82% white. There are plenty of beautiful black women (what's up Gabi Fresh) who are also, gasp, fat. But they aren't the face of fat: Either because they are black, and that's not hipster enough, or because they just can't garner a Tess level quantity of attention. Or maybe it's the tattoo thing. They're just so COLORFUL.

Tess probably doesn't consider her remarks racist, in fact, she probably didn't consider them AT ALL, but see, there are 400 years of oppression at work here.  That's not even about Tess, that's about America. As a fat white person, I'm screaming inside (well, outside, now), "DONT SUCK ME INTO YOUR FAT WHITE RACIST VORTEX."

The police are beating up black kids who are just trying to swim, black men are dying, black families are living in poverty. Can we just not ever again talk about how black guys find fat white chicks hot? Like maybe never ever again. Maybe we (talking to you, white people) could just take a pause to consider how extremely privileged we are, despite our fat. And then maybe we could, I don't know, not marginalize black men by stereotyping them as white chubby chasers. Just a suggestion.

If you like this article, please share it! Your clicks keep us alive!
Tags
tess holliday
tess munster
fat
fat acceptance
racism