Why Dorothy Parker Is A Feminist Role Model 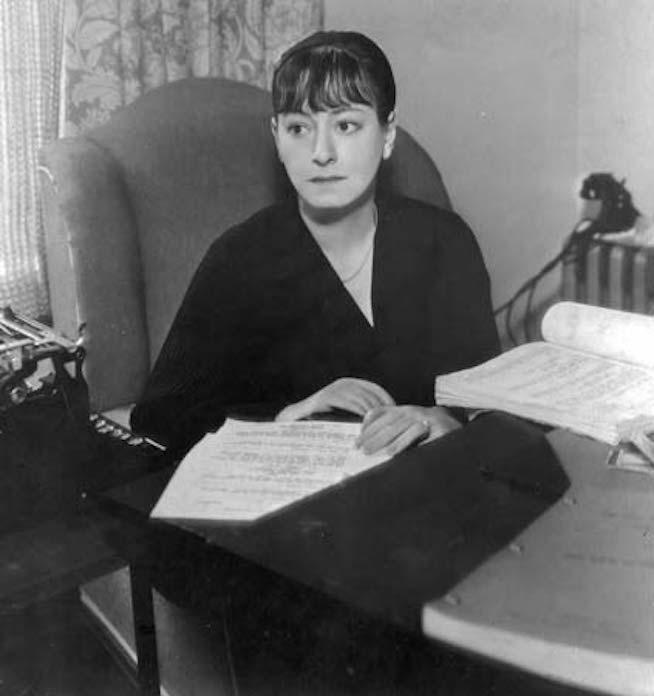 If you haven’t thought of Dorothy Parker (known as Dot or Dottie) since English Literature in high school, that needs to change as soon as possible. All modern-day women should turn to the goddess Parker for lessons on how to survive in a man’s world. Virginia Woolf, the Bronte sisters, and Emily Dickinson are all great role models, but here’s why the sass-mouthed, caustic-tongued, razor-witted, baddest babe of the literary world should be your role model too:

She was unafraid to talk to men.

Though women occasionally frequented the infamous Algonquin Round Table, Dottie was the only woman with a permanent seat. She verbally dueled with some of the greatest wordsmiths of time, including theatre critic Alexander Woollcott and The New Yorker founder Harold Ross. These men made a career out of their wit and way with words, and instead of being intimidated by them, Dottie gave them a taste of their own medicine. In fact, these journalists would jot down and reprint her snarky comments in their columns, thus helping her earn the reputation of a great wit she continues to have today. Dottie’s a reminder to women that they needn’t be afraid of the big bad men, because oftentimes they’re no bigger nor badder than any woman.

She openly had several romantic affairs.

Dottie never gave up on trying to find true love. The 1920s were a time when women were discovering their own sexuality and starting to shed traditional ideas about sex and relationships; Dottie was no different. She drank heavily and had a number of relationships in between her marriages; one of these resulted in an unwanted pregnancy. Not a fan of the man who impregnated her, she is rumored to have said, “How like me to put all my eggs into one bastard.” Dottie promptly terminated the pregnancy.

She was unafraid to discuss her mental health.

Dottie suffered from depression for the bulk of her life, but her abortion threw her into a deeper depression that was followed by an unsuccessful attempt on her life. Later she would write some of the most famous and hilarious poems regarding her mental health. Many of her poems mocked her failed attempts or thoughts of suicide. Instead of hiding away her dissatisfaction, Dottie became a forerunner of the belief that mental health should be talked about openly and unashamedly. She wasn’t embarrassed by her illness and joking was her way of grappling with it. Badass.

She was openly political.

In Hollywood, Dottie became a staunch student of left-wing politics. She began speaking out against Nazism and fascism and, supposedly, began identifying as a Communist. In Hollywood in the 1950s this brave statement obviously got her on the infamous Hollywood blacklist, but did little to dampen her passions. In fact, when she died, she left everything to Dr. Martin Luther King Jr., and after his death her estate was passed on to the NAACP. The NAACP claimed her (previously unclaimed) bodily remains and buried them outside their Baltimore headquarters.

Dorothy Parker was and through her work continues to be: smart, sassy, unafraid, unashamed, and enviable.

If you like this article, please share it! Your clicks keep us alive!
Tags
Dorothy Parker
feminist poets
female writers in the 1920s