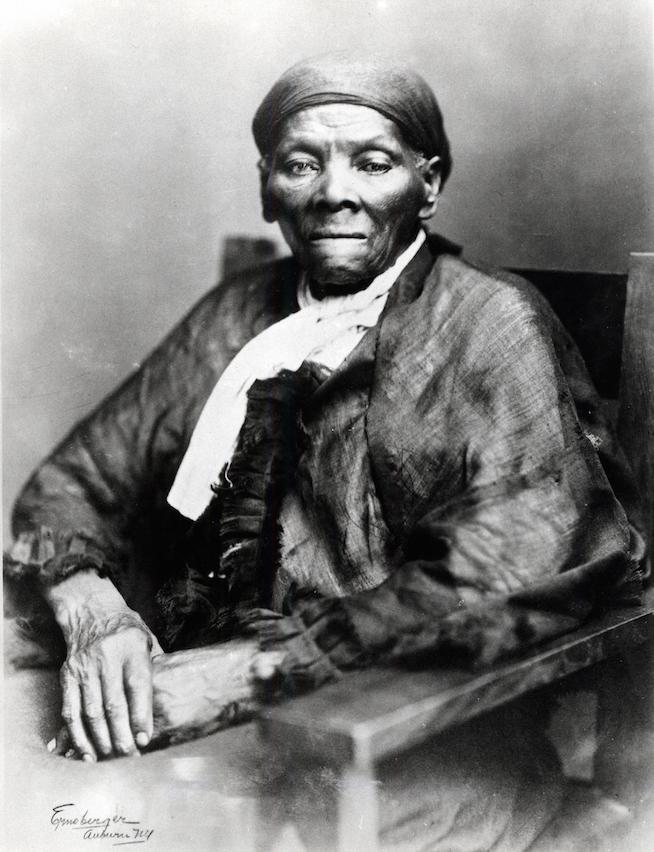 It’s International Women’s Day, which means we get an entire day to celebrate the accomplishments of the millions of women in the world who have made and continue to make the world a better place!

There is an abundance of historic badassery to celebrate, but here are eight women you should definitely get to know:

Everyone knows of Rosa Parks’ historic bus ride that further encouraged and inspired the American civil rights movement, but more than a hundred years prior, there was Harriet Tubman.

Tubman, born a slave, spent her childhood with abusive owner after abusive owner until she escaped in her late 20s. She later returned to free her family, on what became the first of her 13 recorded missions to help slaves escape to freedom.

Traveling by night, Tubman guided slaves north in what became known as the Underground Railroad. She took them as far as Canada, connecting them with jobs and the resources they needed to settle into life as free humans.

Tubman eventually became a spy for the Union Army during the Civil War. She was the first woman to lead a raid in the war; she and her troop freed more than 700 slaves. Tubman remained a staunch activist until her dying day, and is rightfully remembered as a pioneer of bravery.

Warsaw-born Marie Curie is a pioneer in the research of radium. She was the first woman to ever win a Nobel Prize — and two, at that (one for chemistry with her husband and the other in physics)!

She was also the first woman to ever become a professor at the University of Paris. The term “radioactivity” was coined by Curie herself. And it was under her tutelage that the first research into the treatment of tumors was studied.

Making a name for herself wasn’t an easy task, and Curie had to overcome multiple obstacles — thanks, sexism — in order to not only obtain the education she desired, but to do the research she was so passionate about.

In a sad twist of irony, Curie died of radiation poisoning from her habit of carrying around test tubes of radium in her pockets.

Pakistan once had a fairly liberal government and was led by a woman — Benazir Bhutto. From the famed Bhutto family, Benazir was the first daughter of former Pakistani prime minister, Zulfikar Ali Bhutto, who started Pakistan’s still-present centre-leftist Pakistan People’s Party (PPP).

Benazir became the country’s first and only female prime minister, implementing bold new ideas to boost Pakistan’s economy and industrial development. She was charged with corruption and forced to exile in Dubai, but returned to Pakistan in 2007 to once again run for PM. However, she was assassinated two weeks before the general election.

Despite her controversial politics and the accusations of corruption (which some believe were made falsely to vilify her), Bhutto remains a symbol of Pakistan's potential for progress. Thanks to Bhutto’s outspoken and charismatic leadership and her status as the first women to become the head of the government of a Muslim nation, she continues to inspire Pakistani girls and women to be more involved in the politics of their country.

The mainstream suffragette movement is commonly criticized for prioritizing the right of White women to vote. While that is true, it doesn’t mean that only White women were engaged in the fight for basic human rights —​ women of color also organized crucial and sucessful movements of their own, both in America and abroad.

One such woman was Komako Kimura, a Japanese suffragette who, with two comrades, began a lecture series called Shin Shin Fujin (New Real Woman). The trio also started a magazine with the same title, directing both at Japanese women. Kimura often met with American suffragettes; the most iconic photo of Kimura shows her front and center at a suffragette march on New York City’s Fifth Avenue in October 1917.

America can thank Maud Stevens Wagner for bringing tattooed women into vogue. Initially an aerialist and contortionist, she worked in various circuses before meeting tattooist Gus Wagner. Gus asked Maud out on a date and she agreed in exchange for a lesson in tattooing. The couple married years later and traveled in vaudeville shows, fairs, and circuses as tattooists, as well as tattooed attractions.

The couple was unique because, despite the growing prevalence of mechanical tattoo instruments, Gus and Maud continued to give tattoos via the traditional hand-poked method. Maud is considered the first female tattooist in the United States, and passed the trade on to her daughter, who became a tattooist at the tender age of 9.

The Wagners are responsible for bringing tattoo artistry away from the coastal cities — which was the only place they tended to be popular and commonplace — and into the American mainlands, undoubtedly starting a cultural movement. 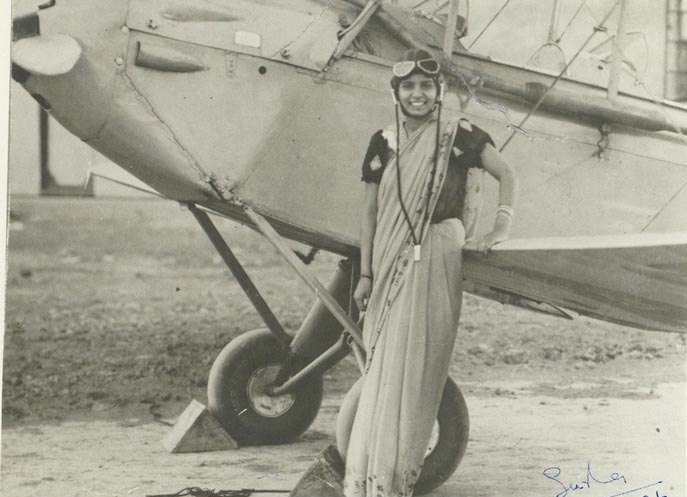 Move over, Amelia Earhart, there’s another aviator to watch out for. Earning her pilot’s license at just 21, Sarla Thakral is the first Indian woman to fly a plane — as well as the first Indian to earn an “A” (airmail) license.

Sarla was married to a man whose family had several pilots, so she was encouraged to pursue her passion. Shortly after completing 1,000 hours of flight and receiving her pilot’s license, she flew a Gipsy Moth between Karachi and Lahore in modern-day Pakistan — solo.

Unsurprisingly, Sarla began working towards obtaining a commercial pilot’s license. When World War II broke out, however, all training and lessons were suspended. Her beloved husband died in a plane crash shortly after, and she, understandably, was put off flying.

She went on to study art and lived out the rest of her life working as a painter and a designer of clothing and jewelry, never to return to aviation.

Before the body-posi movement of today, Annette Kellermann encouraged the exact same thing. A swimmer first and foremost, almost everything Kellermann did resulted from swimming. She is credited with creating and popularizing synchronized swimming — but more than that, she’s well-known for getting arrested for wearing a bathing suit.

See, at the turn of the 19th century, women were expected to wear extremely modest, cumbersome wool bathing suits. Kellermann designed a one-piece bathing suit that was fitted to the body (like a leotard, really) and once got arrested for indecency for wearing her suit out in public.

She started her own line of swimwear, keeping the one-piece theme in mind and encouraged women to embrace their bodies and beauty in a natural, healthy way. While swimming was still her passion and she continued to write books and appear in movies as a swimmer, the Annette Kellermann bathing suit actually inspired the designs that led to modern-day women's swimwear.

You've probably heard about women who dressed as men to enlist in various wars, but many women also chose to advocate for the cessation of war. Bertha von Suttner, a staunch and vocal pacifist, based her career in political journalism on the belief that peace is always the preferable option.

To her, humanity was inherently peaceful — therefore, the right to peace was every bit as important and valid as any other legally-enforced human right. Her ideas inspired Alfred Nobel to create the Nobel Peace Prize, which Bertha, in turn, became the first woman to ever win. She was also the second female Nobel laureate (after Marie Curie).

Which badass historical woman inspires you the most?

If you like this article, please share it! Your clicks keep us alive!
Tags
International Women's Day
feminism
historical feminists
suffragettes
pacifism