Silk Road: The Digital War On Drugs Has Just Begun 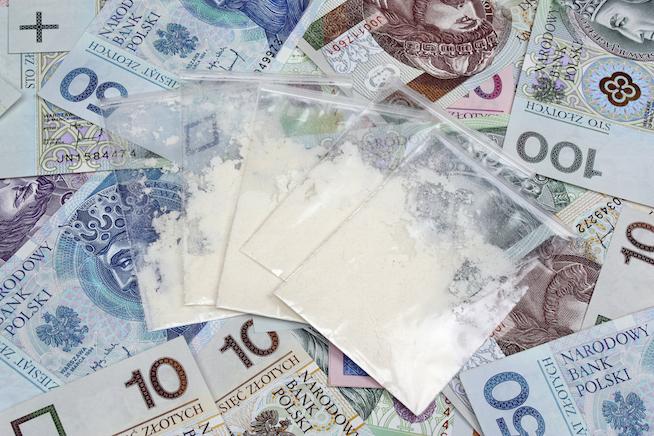 In Ulbricht’s case there were so many elements of delusion, folly, and attempted megalomania that a portrait emerged, which resembled more an overeager teenage delinquent than a seasoned drug kingpin.

With the conviction of Ross Ulbricht in The Silk Road Trial, the United States federal government is claiming a substantial new victory on the war on drugs. The war on drugs is frustrating to dissect because, as a whole, its rationale is seemingly as sound as it is chest-beatingly ridiculous. In the Western world it is largely based on a medieval European worldview that the human spirit is essentially evil. The advances of the modern age, scientific study, and inquiry have been utilized by law enforcement in the 20th century to prop up this worldview by continually furnishing new evidence that within each human body lays a potential addict.

The spectre of evil perpetually loiters on dark public corners, and citizens need to be protected from it. In a slant on one familiar cartoon analogy, the average U.S. citizen is Olive Oyl, the DEA is Popeye, and the menacing drug dealer is Bluto. The cartoon analogy is useful because their two dimensions actually characterize most drug law, in which both enforcer and offender has their role, from which they can never break uniform or character.

Ultimately, the depiction of Ulbricht in trial — the packaging of him by the prosecution — into a character was more vital to the government’s reputation than what he was being tried for. The finger-wagging “crime doesn’t pay moment” for the prosecution became a slam dunk when the trial’s judge effectively broke the fourth wall of impartiality, informing Ulbricht that he was no better than a drug dealer.

Ulbricht, however, did not directly sell drugs to the people that the government claims were directly harmed. He set up a way for other people to do it, so that he presumably didn’t have to. His exploits beyond a computer screen are not even a footnote compared to that of a legendary drug kingpin such as Pablo Escobar. Pablo Escobar cost several governments millions of dollars and years of armed murderous conflict. Ross Ulbricht operated from behind a computer screen while sitting in a rolling chair.

Damning words by a trial judge are not illegal or totally out of character in themselves, they are par for the course. However, in Ulbricht’s case, there were so many elements of delusion, folly, and attempted megalomania that a portrait emerged, which resembled more an overeager teenage delinquent than a seasoned drug kingpin. His casting as a fool at trial however doesn’t correspond at all with the sentence he received. Two life sentences are more associated with those of domestic terrorists or serial murderers.

One of the more incriminating pieces of evidence, corroborating Ulrich with the Silk Road user Dread Pirate Roberts, was an actual diary of what he was doing. Ulbricht ran a business reliant upon an anonymous persona and encrypted communications, yet he maintained a written journal of his dual life. The diary entries seemingly neatly coincided with Silk Road’s rise to public notice circa 2013.

In Ulbricht’s diary his narrative physically starts and ends. Yet its being effectively slammed shut leaves many unanswered questions. How is it that a man who deferred the selection of his own alter ego to a DEA mole could be clearheaded enough to keep notes seemingly for a future biography? Who is to say that the idea to keep written records was not suggested by that mole, special agent Mark Force, who himself is facing corruption charges in his role with the Silk Road investigation. Ulbricht’s lawyer Joshua Dratel seemed to hint at the very possibility of their having been an alternate perpetrator, an alternate real person attached to Ulbricht’s Silk Road, Dread Pirate Roberts moniker.

Assigning a conspiracy theory element to the diary’s existence is ultimately beside the point, providing its authenticity was verified in court. However, proving that Ulbricht’s encrypted chats when corresponding as DPR were, in fact, Ulbricht's is much more difficult. It is not surprising that Dratel’s alternate identity suggestion was immediately shut down early in trial.

Calling the Ulbricht trial a major victory in the war on drugs is only a partial truth. Its legal precedence is significant. However, it is how U.S. drug enforcement is handling their encroachment into the digital frontier which is most interesting. The new cowboys are federal agents behind computer screens. These agents are strangers entering a digital Rome where they have to walk and talk like Romans in order to get anywhere. Their presence very much validates a frontier that the average citizen largely feels is as believable as the Matrix.

Fittingly, the very agents who infiltrated the Silk Road have been revealed to have personally profited from the criminal enterprise. The corruption of these agents has been massively downplayed because, though both Ulbricht and Special Agent Force profited from the site, it is Ulbricht’s bad character which in the trial serves as the more politically valuable of the two moral tales to tell.

So it is that in 2015, the physical war on drugs now coexists with a digital war on drugs. The bitter irony is that neither is seemingly cheaper to wage than the other. In Ulbricht losing the case, the prosecution has demanded he pay all of the profits traceable to Silk Road, roughly $180 million. They have already confiscated the 18 million bitcoins (roughly $166 million) that were present on Ulbricht’s laptop as good towards his immense tab. To date, this is perhaps the most unexpected validation of what is still regarded as a seedy underground currency.

Yet the sense in demanding restitution is cynical at best. The government wants Silk Road’s profits back from Ross Ulbricht so that it can continue down their own road which perpetuates, not breaks the cycle of drug war expenditure. When claiming that he meant for Silk Road as a way to help people, this is the most bittersweet but valuable observation that Ulbricht could have made at his sentencing, yet is seemingly too inept to state now, or in his future memoirs.