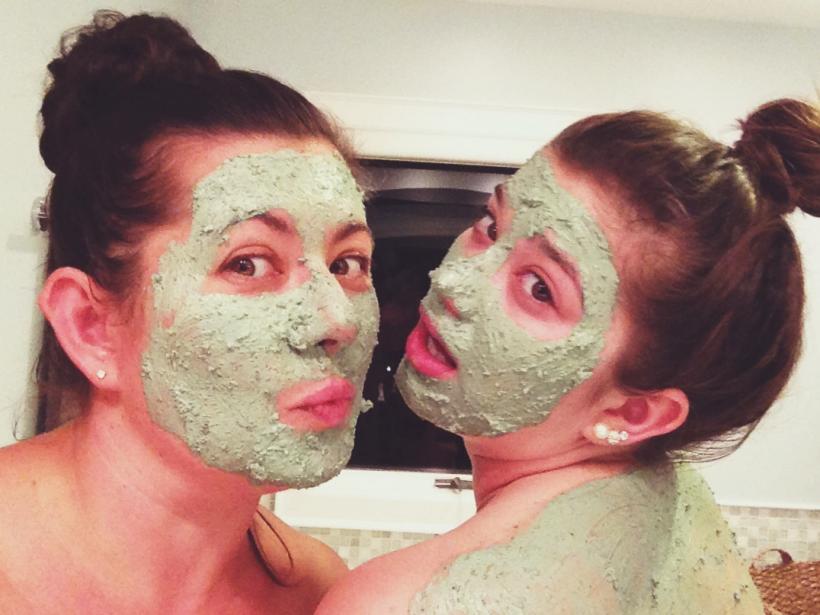 I’m about to turn 41. That statement is often met with a collective gasp — either because OMG ,you don’t even look 40 or OMG, 40 is so old. So. Old. I don’t want to be 40. Ever. I prefer the former, but you know, folks are entitled to their own terror at the prospect of being middle-aged. I’m the oldest mother in my “peer” group — excepting my oldest, dearest friend Staci, whom I will never ever let forget that she is a full 8 months and 15 days older than me.

Forty didn’t strike fear in me — rather, it did the opposite. When I turned 30, my dad said to me, “Congratulations. People will now take you seriously.” Basically anyone under 30 is spouting rubbish? I was actually pretty excited to turn 40. And I’ll tell you why…

Presumably — or in my case anyway — you have at least twice as much money as you did when you were 20. (Well unless you’re Jake Lloyd aka Anakin Skywalker, who not only lost his fortune and his driver's license, but his lightsaber as well.) Now, in my case, I also have five children, and they are taking most of the aforementioned money. But still. Money. More of it. Also if I had five kids when I was 20, I would have been a lot more things besides just poor.

*I only know who this is because my kids told me. (It's Nicki Minaj.)

Ok this probably doesn’t seem like a positive, but wait. I definitely have (at least) twice as many wrinkles. However, those wrinkles are mostly the result of a lot of laughter and smiles, and some tears. OK, a lot of tears. The point is, all the wrinkles are the product of 40 years of experience, of love and sadness, and all the other stuff, too. And also a negligible amount of sunscreen. Take note. The sun’s rays show no mercy.

Everything is twice as saggy, but you care half as much (see: laughter).

Forty means twice as much laughter, but not necessarily because things are any more funny. Mostly because you’ve learned by now that some things need to be laughed off,  lest they leave you in a sobbing puddle. No one wants that. This is a bonus of 40. For example: When you were 20 and dating and she/he didn’t call you back it was a CRISIS of epic proportions. They don’t like me. I’m unlikable. I surrender to a life of solitude. Now, when she/he doesn’t call, well, it’s probably your husband/wife, and you’re probably more like, “Fine, I’ll just open this bottle of wine and drink it alone. More for me.”

To be fair, you’re probably not having twice as much as you were at 20 — or maybe you are (I am, sorry kids) — but it’s probably, definitely twice as good. Either A. Your partner has found your clitoris (because they are also 40, and have been told) or B. You are sexually confident enough to say, “Nope. Try again. More north.” By 40, the days of your 20 year-old timidity are long gone, and you can ask for what you want and mean it. And if you’re not getting it,  you aren’t ashamed to walk into the nearest purveyor of a certain variety of self-pleasure devices, plunk the big daddy on the counter along with your $75 (because, remember, you have twice as much money now, so treat yo’self) and go home to take care of yourself. Twice.

At 20, you were terrified to sound like your parents. At 40, not only do you sound like them, you are thanking them, and maybe even hoping you’re like them. I told you so = regular part of your vocabulary. You’re half as obnoxious and twice as grateful. You probably see them twice as much — so what if it’s when you’re dropping off the kids so you can get a break? Any break. PLEASE GIVE ME A BREAK.

If you like this article, please share it! Your clicks keep us alive!
Tags
40
20
aging
Sex
clitoris