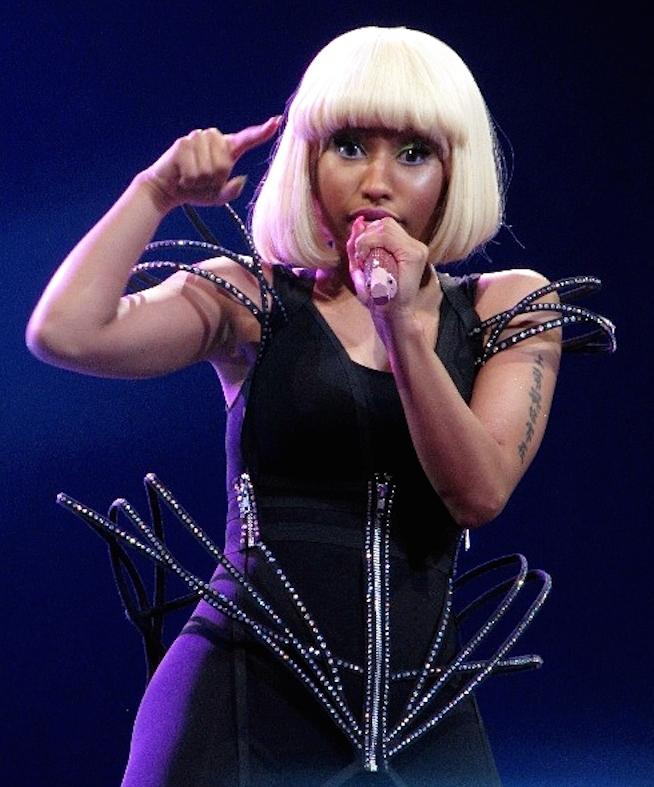 Feminism is not women walking on eggshells around each other and being immune to criticism simply for being women.

Nicki Minaj and Taylor Swift got in a “fight” on Twitter. It wasn’t actually a fight — both women were respectful toward each other. Taylor Swift was just kind of dumb about the whole thing.

Full disclosure: I am not a Taylor Swift fan. (It’s probably the cats. Allergic.)

Fuller disclosure: I am a HUGE Nicki Minaj fan. Giant. One time I told someone that “Anaconda” saved my life, and it’s pretty true.

That being said, I did my best to put my musical and personal biases aside when approaching this very sensitive issue.

Taylor Swift, however, did not.

Here’s what went down: The VMA nominations were announced, and Nicki got snubbed. In all honesty, #richpeopleproblems, but it still totally sucks. “Anaconda” did not receive a well-deserved nomination for Video of the Year, and “Feeling Myself,” her insanely successful and well-loved collab video with Beyoncé, was nominated for absolutely nothing. Her fans noticed. She noticed. We all noticed. And Nicki took the world to task about it.

Her main gripe was that (white) women who made videos with similar content and success to “Anaconda” had received nominations for such videos. She was upset with MTV’s snubbing of black women, saying, “Black women influence pop culture so much but are rarely rewarded for it.”

And then Taylor swooped in:

Um. Not what we were talking about. At all.

This tweet is so blindly reactionary and ignorant that my eye is still twitching about it, hours later. Nicki herself was super confused. She had said nothing to or about Taylor, or any other performers. She had said something about the industry they all worked in. Something that Taylor should be talking about too.

Taylor Swift’s feminism (I don’t even like to call it that, but my feminism leaves room for any and all women to consider themselves feminists, and I stick to that because I have, you know, actual principles that guide my politics) is the kind of feminism that makes me want to shut my head in a car door a few times. It lacks critical thinking or inclusion. It’s about nothing but gender, and in the most limited of terms.

It is what a lot of people like to call “white feminism,” which is a kind of feminism that sees women as nothing but women. No consideration is given to race, sexuality, class, health, religion, or any of the myriad of other things that make women people. It is feminism minus critical thinking. Could the name for it use a little more nuance? Yeah, but so could the frame of mind it describes. The frame of mind Taylor seems to have.

There was nothing Nicki said that was pitting women against each other. If anything, she was lifting women up. She was speaking for Beyoncé’s lost Grammy last year, for Nina Simone’s disregarded political anthems, for every time Iggy Azalea has ever violated our ears with her terrible and contrived “blaccent.”

But Taylor didn’t stop to think about any of those things. She merely reacted, using what is obviously a very shallow and uninformed approach to Nicki Minaj’s valid complaints about race in the music industry.

Feminism is not women walking on eggshells around each other and being immune to criticism simply for being women. That’s called gender essentialism, the same idea that says women like pink and kitchens. It’s an easy way to view the world, but it is not an effective one.

In being so reactionary, in not considering the many different ways womanhood is experienced and the context of Nicki’s thoughts and concerns, Taylor Swift did the very thing she so condescendingly accused Nicki of doing. She pitted women against each other. She detracted from the real and important conversation, and made the news and media coverage about two ladies fighting. And guess who was the victim in these news stories? Just guess.

Taylor was nominated for Video of the Year, and rightly so. “Bad Blood” is an amazing and collaborative work of art. Lena Dunham smokes a cigar in male drag. Every famous woman ever forms a wicked and badass girl gang to fight against a common enemy. She should have put the spirit of that video into this issue. The enemy is not Nicki, or any other musician on the VMA nomination list for that matter.

The enemy is the system of thinking that makes it so “Anaconda” cannot fight alongside “Bad Blood” for Video of the Year. The thinking that talks more about her diet and fashion choices than it does about her songwriting skills. The thinking that allows Kanye and Robin Thicke and literally everyone to objectify and slander female bodies, but that screams vulgarity when Nicki Minaj puts a picture of her own bare body on the cover of her single.

It’s not about you, Taylor. It’s about all of us (especially those of us who have issues other than VMA nominations to worry about in our day-to-day lives). My anaconda don’t want none if you can’t think critically about the sociopolitical issues on which you speak, hon. Think about what you’re saying before you say it, and about what your feminism really means before you claim it. I can jam to “Shake It Off” and still be totally disappointed in this response of yours. Because you, Taylor Swift, are a complex and multifaceted individual. And you deserve to be treated in such a way. So do I. And so does Nicki.

If you like this article, please share it! Your clicks keep us alive!
Tags
taylor swift
Nicki Minaj
VMAs
race
feminism