Not All Women Are The Moon 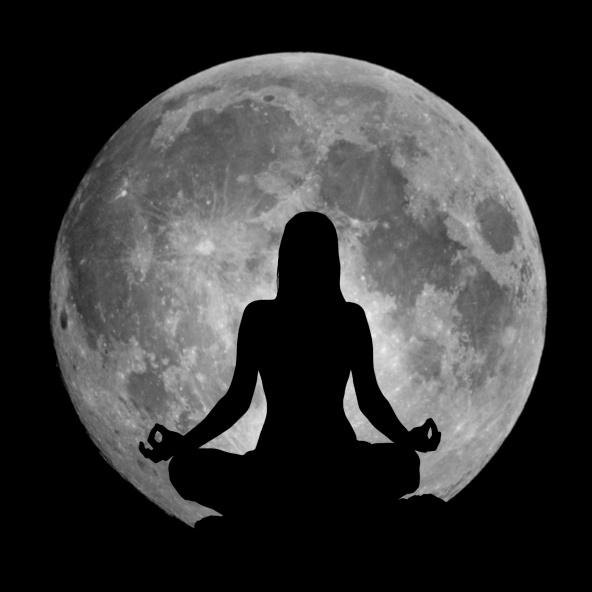 “I never understood why the moon is supposed to be female,” my sister told me on Friday night, referencing the satellite's feminine mythological history and grammatical connotations.

She said that women are like the sun; life-giving and full of light. I nodded. So true, I thought.

“Men should be the moon. They’re just this little, cold, dead, useless thing that has no light of their own.”

“HA!” I laughed. So true. (Sometimes I want to rant against men. #Sorrynotsorry.)

I’d never thought of the moon as simply a cold, dead rock before. I’ve always felt like the moon was a wise and shimmering deity. Ever since my sister posed her argument for the female spirit’s tie with light and life, and her subsequent theory regarding man’s cold orbit, I’ve been wondering: Is that fair?

As a woman who has learned to accept that my brash and many “masculine” qualities do not make me less of a woman than soft, petite females, I absolutely do not pretend to believe that all men or all women are one thing or another. Why though, I thought to myself, are women so content with being a cold, distant, light-stealing stone?

Back in the day, way before the establishment and assignment of gender to celestial beings that we know today, the sun was seen as female; as a goddess. Then the same sad story that has been plaguing women for thousands of years took place. Men felt threatened and switched the roles around. Thus the symbol of womanhood became a speck in the sky revolving around the powerful and masculine Sol.

Until that conversation with my sister, I was happy with La Luna as my heavenly guide. It's silver and elegant, dark and mysterious—not to mention commander of the seas with an unearthly pull over our bodies and emotions. I have definitely felt proud to be synced up with the lunar cycle. “My period revolves around the full moon,” I told my guy friend once. “I’m basically a werewolf that bleeds.”

Of course, any argument that fails to see the other party’s side is flawed from the get-go. My cousin is having a baby soon. At our family gathering this past summer I touched her tummy and said things like, “I hope it’s a girl!” I imagined, and shared with my cousin and her boyfriend, a world in which my sister and I could be aunties helping to instill the unborn baby with a sense of womanly pride.

“And what if it’s a boy?” My cousin’s boyfriend wanted to know. “What’s with all this man hating?” He seemed offended by our feminine exclusion of his potential son. “Not man-hating . . . I’m gonna love it either way,” I said, pondering how guilty I really felt about my comments. “ . . . I just really hope it’s a girl!”

I know a kid with a transgender sibling. As far I know, this kid has never exhibited any desire to be called gender-neutral pronouns or felt like their body betrayed how they feel inside. Recently, this kid has taken to calling their sibling, “my brister.”

“Your brister?” I asked the first time I heard it.

“Yeah, like, brother plus sister,” the kid replied. “And I’m their brister, too, because I’m also a boy and a girl.”

This kid is seven years old. I almost wanted to cry when I heard that. It’s one of the sweetest, coolest things I think I’ve ever heard a kid say.

The answer to the sun vs. moon question is so obvious it’s almost embarrassing that it took me nearly 24 hours to come up with it. It's all too easy to get sucked into the dichotomous culture our society favors. We all do it at some time or another, whether it’s boys and girls, Democrats and Republicans, black and white, night and day, sun and moon. We don’t have to choose, but it’s our choice if we want to.

So my conclusion is this: Both symbols in the sky represent me. Inside me is a myriad of qualities that can be expressed as “female” or “male.” I do not resign myself to choosing between the sun or the moon. I am an earthbound creature who needs balance to survive.