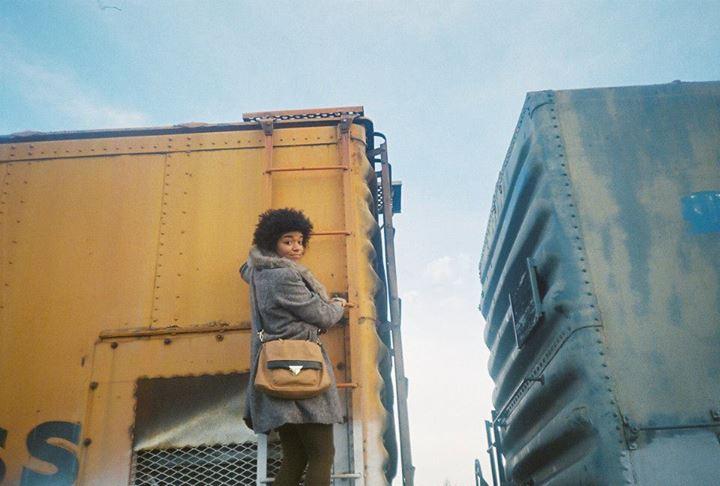 Twix, zebra, reverse Michael Jackson, Lenny Kravitz, mulatto, milano, Oreo, Uh-Oh Oreo, blewish, I’ve heard them all. People always want to talk to me about being black. Or Jewish. Or black and Jewish. Or when they hear me talk about my racial identity, they want to share their own racial experiences. I know that in a lot of ways I am a cultural and ethnic enigma. But in all honesty, it can get old. Like, real old, real fast.

Friends, I realize that I can be a good resource and an outlet, but sometimes, I’m just trying to get my drink on—not discuss the mulled-over complications of racial perplexities.

The people who usually want to talk about race during what I would consider to be poorly-timed encounters are typically the people with the most doubts about where they stand; people who have had a taste of persecution and were so ill-prepared that they were floored. And now, they're looking for solace. Sometimes, it’s the people who feel the most uncomfortable—not necessarily with being the race they are, but with being the race they are when they're, well, around me.

Maybe I’m placing too little faith in the expertise of other people, or in my own. Maybe I just seem like I know a lot more about this kind of shit than I do. But let’s be real, I do have a reasonably wide base of knowledge, a lot of which is based on personal experience and the research spurred by events and memories. Sure, I have thoughts and opinions on what it means to be African versus African-American in America, and yeah, please do talk to me about your feelings on Judaism as an ethnic as well as a religious affiliation—but can it wait until after this round . . . ? Can we get back to talking about R&B in the early 2000s?

For example: last night, I was outside the bar with a friend, a girl I sincerely like, though sometimes I don’t know if she believes that. “I remember being in, like, kindergarten, singing, 'I believe I can fly . . . All I wanted was a chicken wing, from McDonald’s or Burger King!’” I said. “ . . . And then being older listening to Alicia Keys. I have pretty vivid memories of that since my mom is a music teacher named Felecia Keys who also plays the piano and is, you know, also black, hah.”

And that was it. The gates had been opened. Suddenly all pretenses about R Kelly and Alicia were out the door and I did not anticipate the direction the conversation headed.

The next thing she said, with such an earnest and honest expression I was almost caught off guard, was, “Until middle school, I was literally color blind.”

“So, blue, green . . . none of that . . . ?” I smiled, attempting to salvage the playfulness of the conversation, but no. “I literally didn’t know what race was until the fifth grade,” she said.

Now, in this girl’s defense, she was a few whiskey sours deep. Besides, I can totally relate to her story. I too was never confronted about being “black on the outside, white on the inside” by my peers until middle school. And as an added note, I totally respect this girl; this deep-canyoned, ethnically Ashkenazi Jewish, yet totally religiously unaffiliated beauty.

She and I were once on the same side of a rather loud argument against a charming boy with a big mouth. We argued (our my yelling was reportedly heard from the streets) about how in his unyielding opinion marketed as fact, the media has no influence on how girls view themselves and that the dream of a post-racial, post-gender America has ultimately been realized. She and I drunkenly bonded over the decidedly not-so-charming-after-all boy’s preposterous and ludicrous blind optimism, his immovable arrogance about his drunk assumptions. So needless to say, this girl’s got moxy; she’s a friend in my book.

But like anything else, there’s a time and a place. Don’t get me wrong, I’m usually totally down to grab a drink and have an intense conversation with you about what it means to straddle racial, cultural and societal lines in the 21st century. I mean, I get drunk and yell about feminism to unsuspecting dudes, so I get it.

But I'm not just some pearly anomaly you can confess your feelings of cultural dissatisfaction to. I can't always help lick and heal the wounds left behind by your baffling realization that racism is still very much alive. Sometimes, people will straight-up say to me, “I don’t know how to say this without sounding racist . . .”

In a lot of ways, I greet the challenge of confronting these issues with open arms. I’m in a unique position to listen and understand, to share a perspective that might be lost without my interracial background. Usually—honestly, eight out of 10 times—I’m totally down to talk to you about the racially charged resentment you still feel from your formative years. Eight out of 10 times.

It's just difficult when, as happened last night, two of the other times occur within hours of each other. When I plopped down on the shedding faux-leather couch back in my apartment after the "color blind" conversation with my friend, my roomie’s boyfriend said:

“I know that being Jewish and from Israel are like, not the same thing, but like are you up to date with what’s going on there?” And part two ensued.

Sorry, world. Advocate that I am, sometimes, I’m just a girl, sitting in front of a computer, asking David Boreanaz/Netflix to love her. I don’t want to be a conduit for your feelings on racial and ethnic identity. I want to be your friend.

Let’s talk about the endless possibilities that summer will hold, and books, and art, and R Kelly and Alicia Keys—and if our gender, race or religion should happen to inevitably collide with what we're discussing, we can allow the organic shift to happen, and lose ourselves in swirling pools of identity questions. But let's be clear: I'm not a clashing link in the chain connecting all your fraught feelings about racial and ethnic identity. Right now I'm just your bud, singing parodies on the street, waiting for you to get to the end of your cig.

Image c/o my sister and a much loved disposable camera