Why It’s Essential To Learn How To Communicate While Dating 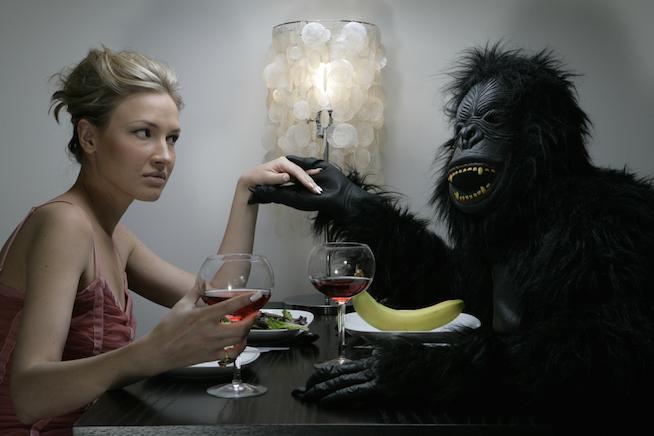 Don't let this happen to you.

While I'd like to believe people value communicating while dating, it's a skill set not everyone has and perhaps should be taught.

I went on a date last week. We had drinks, we chatted — an overall good night. At the end he asked me, “Do you want to go somewhere?” I said “sure,” thinking it was just a walk.

We ended up in front of his place and I was embarrassed. Embarrassed because I didn't realize what he'd insinuated. I went inside anyways and we fooled around. Like too many encounters, if I hadn't outright told him my limits, it would have been assumed we were going to have sex. If I hadn't asked him if he had been tested, he probably wouldn't have told me.

When we were finished, I washed my face and he walked me outside. It was noticeable that the same guy that blew up my phone with text messages for two weeks prior to our date had gone silent.

To be fair, on both sides, we struggled to communicate. It led to misunderstanding, awkwardness, and in the end, for me, a feeling of being emotionally led on. Worse, I felt discarded and used. Of course I began to wonder, why are people so bad at communicating when dating?

When we initially go out with people, we want to be liked. We take our time getting ready; we're forgiving of that one bad joke or the one faux pas that irritates the crap out of us. We want to be our best selves and often want to see our date's best, too.

Slight problem: We're not looking to see if they're best for us. We don't ask the questions that matter to us, whether it's about family, health, or future plans. We tell ourselves it's too early. Yet, when we do ask, it's often too late. Way more emotion has been invested and it becomes that much harder to leave.

One of my big mistakes with the last guy was not asking what he was looking for in dating right now. Perhaps if we had both been clearer, I would have known he wanted a casual hookup. He would have found out that I'm looking for something more serious. We could have parted ways with no feelings hurt.

It's natural to want to be liked. But a date isn't just about if they if they like you: It's also about if you like them. What do you need, what are you looking for? Being clear doesn't mean an interrogation. It just means being up-front. This way, you can be sure that your date is someone you want to pursue, whether casually or more seriously.

Drowning while you are trying to “go with the flow”

Especially for women, we want to be casual. We want to be laid-back, relaxed, and easygoing because society tells us that women with wants and needs are demanding and crazy. We are taught to believe that if we have those qualities, then no man will want us.

Therefore we often try to go along at our date's pace. However, this can be incredibly dangerous: It made speaking up for my boundaries incredibly difficult on Monday night. Would I be considered a prude? Was I not fun enough?

Wherever your sexuality falls on the spectrum, the trope of demanding woman can hinder your ability to communicate while dating. If you say nothing, your date cannot know what you want or need. And if your date is not a great communicator this can be dangerous.

While I'd like to believe people value communicating while dating, it's a skill set not everyone has and perhaps should be taught. Otherwise your date may assume that you are on the same wavelength.

We can think of dating as a means of creating a negotiated pace. Whether it's about emotional or physical vulnerability, you have to speak up and set the pace from the beginning. If your date doesn't respect your speed, then they probably won't be a respectful partner in the long run.

Learning to communicate and stand up for myself while dating has been a process of trial and error. I'm still learning how to be clear and avoid earlier mistakes. By speaking up for my wants and needs, I'm reclaiming my space. By asking the hard questions at the beginning, I'm moving away from the girl who needs to be liked to the woman choosing the right man for her.

If you like this article, please share it! Your clicks keep us alive!
Tags
dating
relationship advice
dating advice
how to communicate while dating