Why It's Really Not About You, It's Them (And Their Ego) 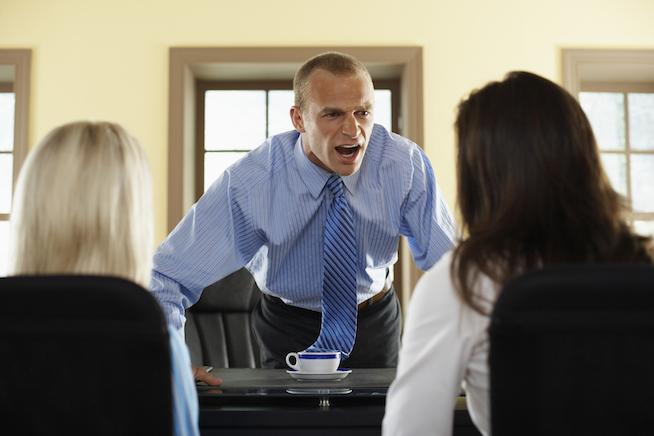 In arguments, it takes two to tango. Yet, there are people that will make you the issue no matter what. It’s never about them.

We’ve all had that moment when someone says something mean and we end up feeling small, angry, and hurt. Someone will inevitably say:

It’s not about you. Don’t take it personally.

Easier said than done, and the statement is true: people are often very selfish or self-centered. They do things to prop themselves up or feel better about themselves. If we can take the time to step back, see that what’s going on isn’t about us. It’s really about them and their ego.

Perhaps your boss talks down to you, or they constantly emphasize how much you need to learn from them. Sometimes they try to disguise it as mentorship. Whatever they call it, you leave meetings feeling insecure and small, and wondering how to prove them wrong.

Why are they doing this? A lot of it could be fear. They could be insecure about their own position and experience. Highlighting your age or newness to an organization helps them feel older, wiser, and in a more secure position.

Another aspect could be about your potential. You could be amazing at what you do, potentially outshining them. When people just want to skate by, talent and hard work become a threat. What happens, if their younger, more talented employee overtakes them?

In either case, condescending behavior says nothing about you. It says far more about your boss and their wants and needs. If anything, it shows you have more potential than you realize.

She swears she only has your best intentions at heart. She says she tells it like it is. She always tells you when that blouse isn’t working. Or perhaps she thinks you’re lucky to be able to have a body that distributes weight gain so evenly. You walk away feeling guilty for eating a piece of chocolate. Or you may suddenly see flaws in yourself that you’d never seen before.

We may have graduated from high school, but some haven’t graduated from teenage insecurities. We all know the phrase, misery loves company — it’s true. Some are so unhappy with themselves that criticizing others makes them feel a little better.

You don’t have to believe the mean girl. You can take a breather from the friendship or see if she’s open to a conversation on self-love and body acceptance. Either way, it’s time to opt out of her petty game.

Earlier this year, I started dating a guy. Although we had a physical relationship, I told him my boundaries and that (gasp) I was still a virgin. He seemed OK with it.

After about two months of seeing each other, I wanted to know what he was looking for longer term. He didn’t want to become serious. Why? One main reason was my “sexual roadblocks.”

That’s right: My virginity was the problem.

This was incredibly painful because he played on my fear. I was afraid that being a virgin would make me seem weird or undesirable.

Yet, my virginity wasn’t the real problem. The problem was not only that he had an issue with it but also didn’t tell me he had a problem for nearly two months.

In arguments, it takes two to tango. Yet, there are people that will make you the issue no matter what. It’s never about them. It’s never about what they can or can’t do. Somehow, it’s always your fault. This sinister trick is quite impressive: it forces you to go on the defensive. Picking out and focusing on your flaws (real or imaginary) shuts you up and helps your partner avoid the real discussion.

This trap says a lot about a person. It shows how they don’t want to self-reflect. They won’t admit to having any flaws. In the end, they’d rather hurt you than be wrong.

This behavior can happen with all kinds of people in our lives: family, romantic partners, or friends. The closer the person is to us, the harder it can be to see the behavior.

The ego is a tricky thing. It’s self-absorbed and primarily cares about survival. We all need a bit of ego. But if we let it have free reign, we begin to believe that life is a cutthroat competition and that happiness is only available for a select few.

Next time you’re about to get run over by someone else’s ego, take a deep breath and remember this: what they’re saying says far more about them. How you react? Well, that’s all on you.

If you like this article, please share it! Your clicks keep us alive!
Tags
Relationships
ego
advice