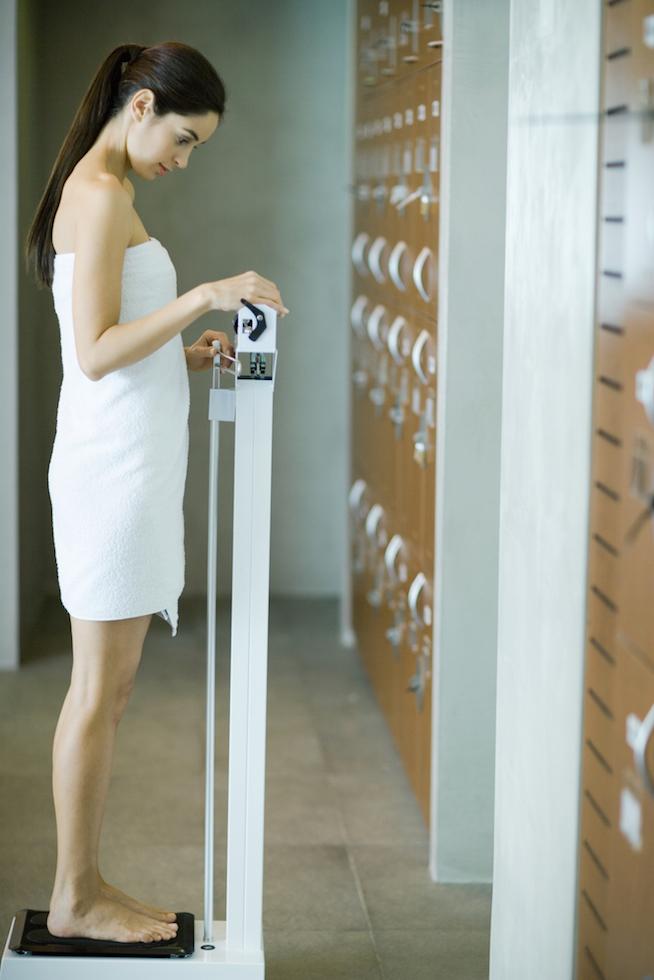 Step away from the scale.

There is a fine line between an eating disorder and a diet, and it's often hard for the outside eye to tell which is which.

Our culture has a twisted relationship with food and weight. Weight has become so villainized, and there is such constant fear-mongering about health and weight gain that we think we are being responsible by being super-controlled with our eating, even if it is coming at a huge emotional and physical cost.

So what’s the difference between dieting and an eating disorder? Not much. It all depends on how obsessive you are with it, and how much mental and emotional space it takes up in your mind. Like most things, eating disorders exist on a spectrum.

But they still are — emotionally, for sure, and physically, too.

So how do you know if your diet has slid into eating disorder territory on the spectrum?

These feelings are really common with dieting. That's because dieting triggers eating disorders pretty easily. Lots o' ladies (and men) who are "healthy living" enthusiasts are experiencing some form of a socially acceptable eating disorder. And as someone who is now on the other side of it: a diet obsession eating disorder is not fun, but still feels “responsible” while you’re doing it.

Sure, not everyone who has ever been on a diet has crossed over into obsession-land, but many have, and many do, and you'll know if it is you. Once it is affecting your quality of life, it's a disorder. And girrrlllllll (or guuuuyyyy), you deserve so much more than a life that’s all about food and weight.

Living with a Diet Obsession Eating Disorder (DOED, I made it up.) isn't emotionally healthy, physically healthy, or fun. There is a better, freer, fuller life beyond the veggie platter. Join us.

If you like this article, please share it! Your clicks keep us alive!
Tags
eating disorder
dieting
chronic dieting
Body Positive