To The Therapist Who Thought It Was OK To Victim-Blame 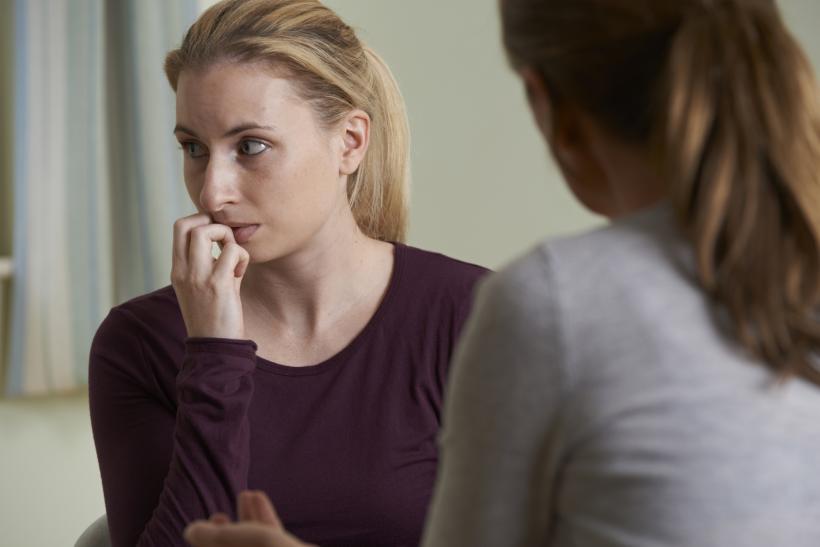 “I know it’s unfortunate, but alcohol does put you in a vulnerable position. When young girls drink, they leave themselves open to assault and rape."

Seeking therapy isn’t easy for many people. And if you’re one of the 40 million people who live with anxiety, depression, or any number of other mental health issues, it’s even more difficult.

So, it’s upsetting when, after getting in touch with insurance companies (provided you even have insurance), after making calls to the therapist’s office to set up an appointment, after waiting for days or weeks to receive care for problems that have plagued you for months and years, after securing child care and ensuring you can take the time off work, after making the drive 30 minutes across town to make the appointment, and then after filling out paperwork, you find out that your therapist is part of the problem(s) that sent you there to begin with.

I’ve spent much of my life (and all of my adult life) struggling with some form of anxiety or other. My early teen years were spent experiencing a number of gastrointestinal issues all related to stress, thanks to the cruelty of kids who thought it was OK to frequently (and maliciously) comment on my looks, my musical tastes, and my inability to stand up for myself.

As an adult, I’ve experienced more trauma than I ever knew possible. Between multiple sexual assaults, the unexpected death of my first child, the highly traumatic birth of my second child and his subsequent months spent in the NICU, I am often surprised that I am still standing.

Throughout all this time, I have struggled with bouts of depression and on-again, off-again panic attacks, with very little professional help.

Why? Because it’s goddamn hard to reach out.

Therapy can really help a person become that better version of themselves they often picture in their minds: healthy, happy, hopeful.

That said, I know that I could use it. Not because I’m not able to handle my current life situation — I’ve done OK, and for the most part, I feel OK.

But I know that I could be better, that I could experience less anxiety when I find myself in social situations, that I could find it easier to smile and laugh in my daily life if I could just get the proper sort of help I need to process all my previous trauma. That’s why I thought I would finally start reaching out again.

I’d been to therapy before, in 2010, right around the time my friend passed away unexpectedly. My therapist was incredible. She listened attentively, gave me sound advice, and never, ever made me feel judged. And when I felt like I needed to finally move on from my relationship of four years, she helped me make the transition out of his apartment and back on my own two feet.

Therapy can really help a person become that better version of themselves they often picture in their minds: healthy, happy, hopeful.

Some friends of mine swear by therapy, but others doubt its potential. I suspect at least one reason for this: There are “good” therapists — the right therapists for you — and then there are “bad” therapists — those who perhaps had no business becoming therapists to begin with. It’s possible, probable even, that my doubting friends may have had negative experiences with these “bad” therapists — but it could also be that they require a different form of coping with life’s battles and demands.

When I made my first appointment for a new therapist, six years after my last regular session, I had high expectations. I imagined feeling comfortable right off the bat like I did with that first therapist. I pictured myself sitting on their couch and divulging all the things that have plagued me for so long, with a few head nods, sympathetic smiles, and a little bit of “homework” at the end to keep me accountable.

But this wasn’t how it went at all. She began to ask questions about my past — why I was in therapy before.

I brought up an incident that happened late in my senior year of college. I’d left a concert to be taken home by an acquaintance, as I’d had a bit much to drink.

This wasn’t someone I felt comfortable with. We wound up getting into an argument, and rather than stay captive in his car while he continued to berate me, I asked him to let me out so I could call a cab and head to my friend’s apartment to get some rest.

The cab finally showed up and I got in (in the front, because in my mind, the back seemed scarier — it was a van and I’ve seen Law & Order: SVU). We drove and I chatted with him to make the time pass.

When we got to the destination, he parked on the side of the building and reached his hand over to my thigh, leaning in for a kiss. I froze (this sometimes happens to assault survivors) while he continued to kiss me, his hands making their way up my skirt... Until I was finally able to snap out of it. I opened the door and ran off.

“But you’d been drinking, right?” my therapist asked.

I was not in the right office.

“I know it’s unfortunate, but alcohol does put you in a vulnerable position. When young girls drink, they leave themselves open to assault and rape. At [local university], there are maybe three rapes a year, and they’re all women who were drinking.”

My new therapist went on to talk about how she counsels a lot of young girls, and how she advises them not to drink because that leaves them vulnerable. And that men (though she later noted, Not ALL men) know this and like to take advantage.

She noticed me becoming uncomfortable and then began to add that, of course, it’s not their fault they get raped, just like it wasn’t my fault that I was assaulted. And that’s when I had to stop her.

“This isn’t going to work.”

To the therapist who thought it was OK to victim-blame:

Maybe you didn’t realize what you were doing by stating that alcohol makes women vulnerable. Maybe you thought that by continuously back-tracking and saying that it wasn’t my fault that I wouldn’t notice that you were, indeed, blaming at least a portion of what happened to me, to us, on the decision to drink.

That is not OK.

None of this is OK.

When someone comes into your office, it might have taken them weeks, months, or years to gather the courage to do so. They come to you because they believe in your abilities as a professional to help guide them in the right direction in terms of mental health.

To spend the first 20 minutes of an initial session judging someone's actions is to fail them. Were I in a more difficult place mentally than I am, I might not even have the capacity to seek out another therapist, wait another few weeks until I can see them, and then drive over to them, now in fear that they might also not be the therapist for me.

Do you realize how goddamn harmful that is?

Victim-blaming is never OK — yet it’s a very serious, very real, very prevalent problem. I wish I’d had the strength to assert myself in that office and let her know just how wrong and how damaging it was of her to blame my behavior (even in part) for my assault.

Instead, I wrote this essay.

It is so damn hard to find good mental help.

But keep in mind that even professional therapists who should know better are often just as entrenched in rape culture as everyone else. If they ever try to blame you, know that it is NOT your fault, and get the hell out of that office immediately.

If you feel up to it, report them as well. But don’t let one bad therapist ruin your impression of what can be an incredible source of help and healing.

They aren’t worth it, but you are.