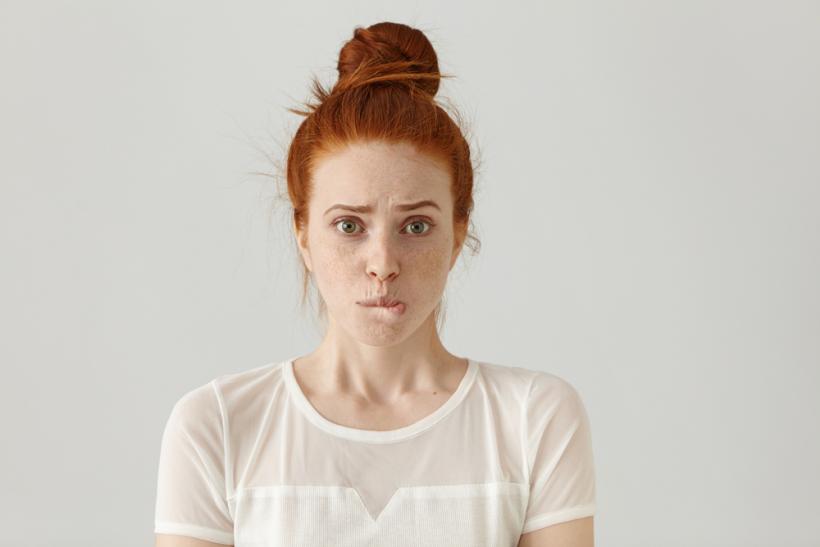 If therapy meant talking about my feelings, that meant I had no other choice except to dress up the truth.

I was one of those kids that incessantly lied through her teeth and was remarkably talented at it.

“A cool new store opened up on 5th Avenue in Manhattan,” I announced to my classmates on the first day of fourth grade. I fished into the oversized pocket of my new GAP kids overalls and pulled out a Polaroid picture of the new ZARA store that had just opened up on the most pristine street in New York City. I showed my classmates the photo, and they all looked at me with big, vulnerable, trusting eyes.

“My dad owns this store,” I cooed. “He named it ZARA after me.” I didn’t flinch as I told the tallest of tales. My classmates believed me. I was popular that year.

When I got my period at age 11, I was wildly embarrassed. I kept my period a secret from everyone until I the day I turned 12.5. I had read in Seventeen magazine that the average age that girls begin to bleed between their thighs is 12.5 years old in America, and I longed to be nationally average. I made a big show of telling all my girlfriends I had “finally gotten it.” I squealed and cried and asked for help in navigating the terrifying art of tampon insertion. I fit in that year.

If therapy meant talking about my feelings, that meant I had no other choice except to dress up the truth. The truth without clothes was too naked and too boring and ugly.

I stopped lying when I turned 17. It was a sudden turn of events, but I think it started around the time I got really into Ani Difranco and began to spend all of my free time compulsively reading memoirs by women, which left me transfixed with this newfound concept of "truthfulness."

I went too far in the other direction. When Becky asked me if I thought her new asymmetrical bob looked good, and I didn’t think it looked good, I told her. I didn’t understand that there is a fine line that exists between honesty and meanness, and telling an insecure teenage girl that her new haircut is ugly is mean — even if the haircut is ugly.

I was 20 and still in the thick of my truthful phase when I saw my first therapist. Her office was in Santa Monica and teeming with crystals and candles and incense that smelled like sandalwood and jasmine. She had long gray hair that juxtaposed beautifully against the shiny botox gleaming from her smooth forehead.

“How are you, Zara?” She asked, her voice both silky and smokey. She sounded like the kind of woman who religiously does yoga but also smokes cigarettes.

I hated myself. I sounded spoiled and mundane and boring.

“Why are you sad?” She asked. If all that Botox hadn’t rendered her forehead frozen, she probably would have raised one of her perfectly arched eyebrows. I raised mine for the both of us.

What was I going to say? I was like every other girl in Los Angeles; I struggled with food, deemed it the mortal enemy. Big deal. I drank too much, but who the hell doesn’t drink too much? And yes, like every other girl in Southern California, I was an aspiring actress blindly flailing through the smog-ridden air, not knowing when or if I was ever going to land on solid ground. Yawn.

My sadness was synonymous with boringness.

I guess it had been easy for me to fearlessly “speak my truth” when someone asked me what I thought about their haircut or latest crush, but I was discovering it was much harder to say how I felt about my life.

So I lied to her.

It wasn’t a conscious choice. It just happened during the first session and bled into the next ten. If therapy meant talking about my feelings, that meant I had no other choice except to dress up the truth. The truth without clothes was too naked and too dull and too ugly.

I didn’t create shocking stories from the backlog of my imagination; rather I dramatically embellished stories that already existed. If my girlfriend did a bump of cocaine at the party, I told the therapist she had done seventeen lines of cocaine and that she had a big, worrisome coke problem.

I tossed a layer of glitter onto what I believed to be glitter-less.

One afternoon I had a therapy appointment right after an audition. It was for the role of a girl who was a graffiti artist, and it was going to be shot over the summer in Spain. I was perfect for this part. I was sure of this. At the end of the audition (which I slayed), the casting director told me to lift up my shirt and show the camera my bare stomach, which is horrible and demoralizing but wasn’t that uncommon at the time.

“You need to lose ten pounds if you want parts like this,” the casting director, who was male and in his mid to late 40s said to me as he guzzled his Dunkin Donuts coffee. “You’re a beautiful girl. But you need to trim down if you want to get these kinds of parts.” My heart dropped out of my chest and fell on to the floor. I said, “thank you for your feedback” and left.

The moment I got into my car I began to sob. It wasn’t the silent sob I was used to swallowing — it was a reckless, loud, guttural sob. I clutched the steering wheel so hard I felt like the tender skin on my hands was going to break open. I pulled into the driveway of the therapist’s mystical office, unable to stop sobbing, my hands as raw and as red as I felt.

“My bbboddy is never good enough. My dreams will never come true because of my body,” I cried as hot tears splashed down my cheeks and into my mouth.

Maybe it was because I had only allotted myself a couple hundred calories a day for the past several weeks, and I was exhausted and delirious in both the body and mind. I don't know. For whatever reason, on that day, I didn’t embellish my reality. The unclothed truth spilled out of me.

I told her about how vile and ugly I felt and how I fantasized endlessly about how much better my life would be if I were prettier, thinner, and more hairless. I told her that I felt ashamed. Because this wasn’t a “real” problem.

She didn’t say much. But fuck, did she listen. And her deep listening felt more profound than any advice she could’ve ever given to me. I didn’t need answers. I needed authenticity.

When I drove home, I noticed that my hands weren’t clutching on to the wheel like before. I felt airier. I know it sounds so cliche, but the lightness I felt after spilling my unedited heart out was intoxicating. The next morning I was still upset by what the casting director had said about my body, but I felt free. That’s when I first experienced the astonishing power that lives in a simple, honest moment.

Our truths are often mundane and boring and shameful, but who cares? The truth isn’t obligated to be compelling or interesting or cinematic. It just has to be true.

When I exposed my most mundane fears and experiences to people, I realized it’s the tiny things that connect us. Your story of almost being mauled by a lion is fascinating, but we see ourselves in your story about the zit you tried to pop last night or the time in the seventh grade when you walked around the mall with a giant blood stain on your white jeans. And while embellishing and exaggerating might add a layer of sparkle to your story, it also rips the heart out. And what’s a story without a heart? How you can you connect with what is heartless? You can’t.

So I stopped lying to my therapist. And pretty soon I stopped worrying about boring her. And soon after that, I stopped apologizing to her. And before I knew it, I stopped feeling so damn ashamed all the time.

If you like this article, please share it! Your clicks keep us alive!
Tags
therapy
therapists
lying
self-care