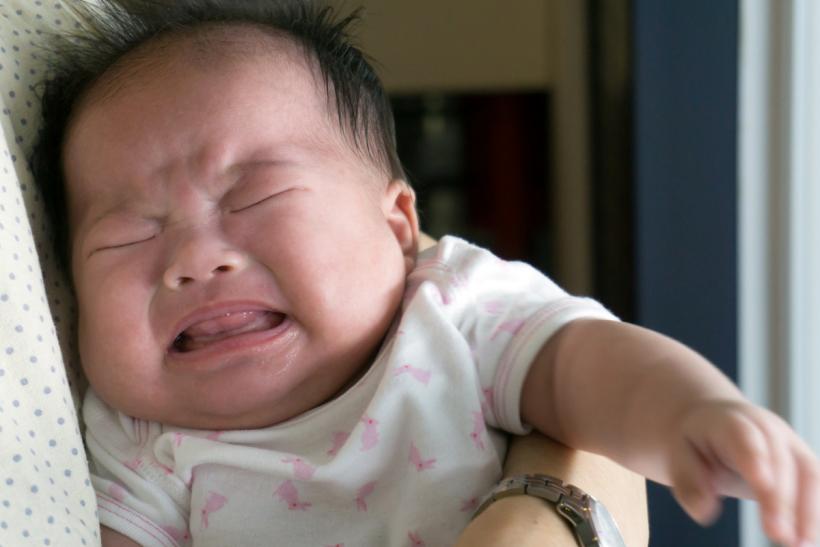 It is hard in a way that you never imagined that a thing could be hard. It is IMPOSSIBLE.

First of all, it’s not that it  can be difficult, it just fucking  is difficult, OK?

I’ve been reading parenting advice online and in books since way before my son was born last year. I’ve always been the kind of nerd who loves to do research, and having a kid was a huge project for which I happily read almost anything I could get my hands on.

Plus, I was incredibly sick while I was pregnant, so I had plenty of time (which will never again be the case, now that he’s here).

Through all of that, I’ve noticed something about the way that people write for and about new parents. There is a phrasing that people tend to use to talk about the harder parts of parenting infants, and it gets under my skin more and more the longer I am engaged in this work: It can be difficult.

As in, “It can be difficult to adjust to caring for a newborn while also suffering from sleep deprivation.”

Or, “If hospital staff is pressuring you to start supplementing, it can be difficult not knowing when your milk will come in.”

Or, a personal favorite — “While sleep regressions can be difficult for all involved, they don’t last forever!”

I think “It can be difficult” probably qualifies for the understatement of the century. There is just nothing in a phrase so casual and noncommittal that conveys anything like the reality of this labor of love. I’m not saying that we need to be all doom and gloom about parenting all the time — there are plenty of joys in parenting, and plenty of space to talk about those joys — but I do think that when we’re trying to talk about the hard parts, we should, y’know, actually talk about the hard parts.

Because it isn’t enough to say that the third sleepless night in a row, or the fourth puked-on onesie, or the seventh time you’ve been kicked in the gut can be difficult. It’s frankly insulting to those of us currently living through all of that, and it doesn’t do anything good for those brave souls on the cusp of parenthood who are attempting to prepare.

Instead of “It can be difficult,” let’s try “It is completely impossible… But you’ll do it, somehow.”

First of all, it’s not that it can be difficult, it just fucking is difficult, OK?

Secondly, it’s not difficult. It is hard in a way that you never imagined that a thing could be hard. It is impossible.

At 3 AM, when you drag your heavy, exhausted body from the bed to the crib (all the while listening to that weird ringing in your ears, the one you can still hear over the crying, somehow), you will wish like hell that you could throw in the towel. But, instead, you will say, Oh, hey, buddy... What's the matter? The word difficult will not be on your mind.

And the next morning, (if partnered and co-parenting) you will compare notes with your co-parent (“I think I got three hours total, but it’s hard to say for sure because I kept dozing off when he got a little quieter, you know?” “Yeah, totally! After he woke up the third time I just stayed awake until around 5…”). You will not use the word difficult to describe your troubles.

Despair so great I no longer know my own name.

The hardest thing I’ve ever done in my life — and that includes that time I was homeless.

All of these suitable options, which get just a tiny bit closer to the truth of the matter than difficult does.

Honestly, I think that we continue to say things that downplay the actual hardships of parenting in part because of this idea that the pain and struggle of a family adjusting to a new tiny person is a private matter. It’s so individual and specific, and we all go through it in our own way. (For example, you may not compare the four-month sleep regression to being homeless when you were 19 — that might just be a me thing!) Don’t new parents want their privacy?

Privacy is staring into the abyss alone in the dark wondering if you are the only one who ever thought of building a time machine just to talk your past self out of reproducing. (You’re not the only one.)

New parents are isolated enough. And while our experiences do vary some, I don’t think they vary so widely that they can’t be talked about.

And so, I propose an amendment to every parenting text that mentions some of the more challenging aspects of growing the next generation: Instead of “It can be difficult,” let’s try, “It is completely impossible… But you’ll do it, somehow.”

As in, “It is completely impossible to adjust to caring for a newborn while also suffering from sleep deprivation, but you’ll do it, somehow.”

Because it is, and you will.

If you like this article, please share it! Your clicks keep us alive!
Tags
parenting
advice
sleep regression
parenting blogs
parenting books