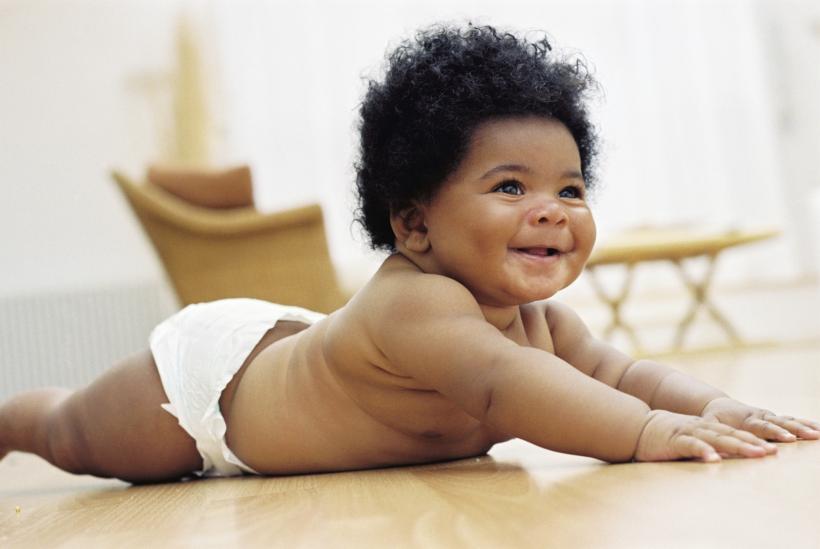 I have one child. He is 9 months old. He is also, apparently, a boy.

I say he is “apparently” a boy because sex and gender are complicated things. We don’t know how he identifies (or if he even has a gender identity at all at this age) and it’s not like we’ve had his chromosomes tested or anything.

His other mother and I are both queer, and our lives are full of transgender, genderfluid, and otherwise gender nonconforming people (including the wonderful person who provided the sperm to help us make our baby).

We know very well that having a doctor tell you “It’s a boy” doesn’t mean much, and we are trying our best not to make assumptions.

All we really know is that our kid has a penis, and statistically speaking there is a very good chance he’s a boy.

So, when he was born, we guessed that “boy” was the best gender label available for him, at least for now. We’re open to being as flexible as he needs us to be!

We dress him in a wide variety of colors, yes, including pink sometimes. But we use male pronouns for him, and we gave him a “boy's” name rather than a “girl's” name or a “gender neutral” name. When people ask about his sex or gender, we are often OK with just saying, “Oh, he’s a boy,” especially if we’re on the bus or something.

We’re trying to raise him with a lot of options and very few assumptions, but I won’t be mad at you if you call my kid “handsome little boy” or something. It’s fine. People have a hard time talking about babies without gendered labels. Even I have a hard time with it, and I’ve put a kind of ridiculous amount of energy into analyzing this stuff.

However, I do have one favor to ask.

I know you don’t mean any harm. I know you aren’t trying to be a jerk. It’s OK — almost everyone does this.

All sorts of people take one look at the beautiful baby in my arms and say, “Hey there little man!” I know it comes from a place of love and joy and just generally being blown away by such a cute kid. I get it. I may have even said similar things to other people’s babies in the past. There’s just one problem.

He’s not a man, little or otherwise.

In My Gender Workbook, Kate Bornstein argues that most of us experience gender as a spectrum, rather than a binary, and that how we gender ourselves and each other has a lot to do with who has the most power in our culture.

This phenomenon of graduated perfection in gender is easy to spot; it gets back to the troublesome concept of “real men” and “real women.” In terms of gender, there will be in any group of men some who are going to be more “real” as men than others…

A very real (and important) argument can be made for reclaiming the word “man” from the clutches of toxic masculinity, and I am definitely interested in having that conversation. And if he does grow into a person who wants to identify as a man (and this is statistically likely), I want to have a conversation about how to help him hold that identity in a healthy and positive way.

He just learned how to crawl.

He just learned how to say “Hi.”

He is not a man. He cannot be a man, and to ask him to try to be one is supremely unfair. He is a child. He is an infant. He is not even a toddler yet.

Until our larger culture stops being obsessed with what it means to be a “real man” and “separating the men from the boys,” “man” will continue to be an identity that is very much separate from (and mutually exclusive from) infanthood and childhood. It’s an identity that carries privilege and power, but also pain and unfair expectations.

And I am asking you, as politely as I possibly can.

Please stop putting all that nonsense on my child.

If you like this article, please share it! Your clicks keep us alive!
Tags
gender
misgendering
baby
toddler
feminist parenting
queer parenting 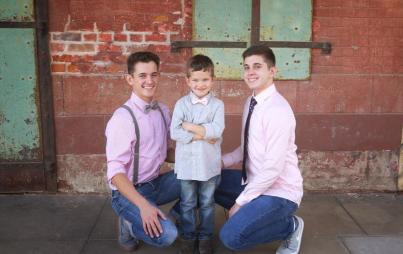