Bieber Doesn't Owe Us Anything — Especially Not His Mental Health 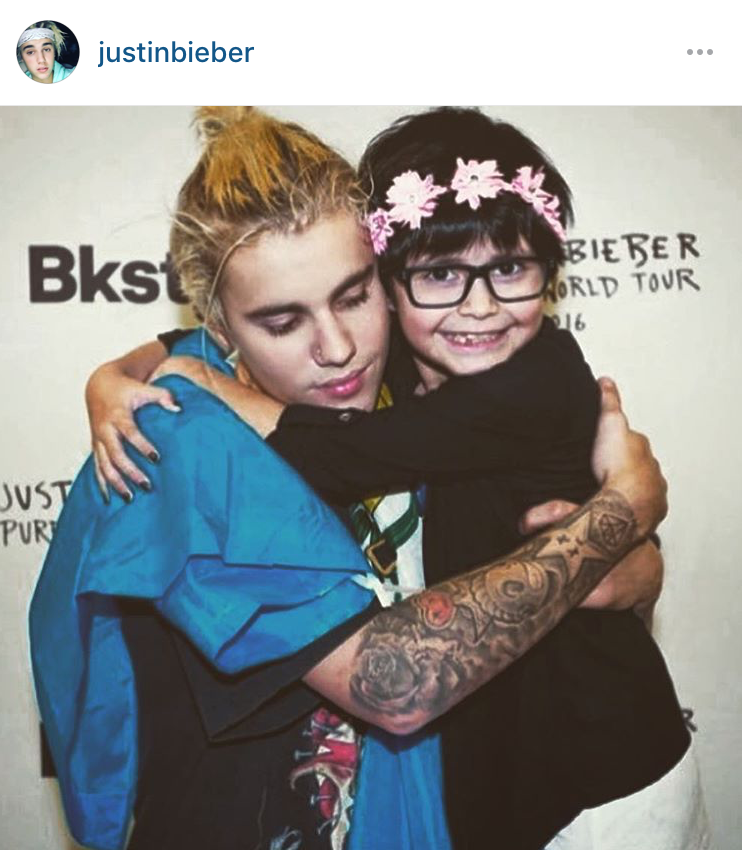 Frankly, I’m not interested in talking about how Justin Bieber really feels, because I don’t know — I CAN'T know. Image: Justin Bieber/Instagram

Suggesting that someone is wrong about how they’re feeling, or simply incapable of the feelings they’ve expressed, is delegitimizing. How much easier it is, then, to disregard the boundaries they set.

Justin Bieber has announced that all the upcoming meet-and-greets on his Purpose tour are canceled.

Some fans are heartbroken, despite the refunds they were issued for the hundreds — or even thousands — of dollars they spent to talk to him, touch him, pose for a selfie with him. Others have initiated an outpour of support, promising to stand by Bieber through thick and thin under the hashtag #WeAreHereForYouJustin.

Then there are the casual observers: They don’t have a strong opinion, but they offer one nevertheless, because Internet. And, of course, there is a fleet of people who get paid to write about such things. Between all these parties combined, there’s a lot of chatter right now about Justin Bieber’s mental health — some reporting it, some questioning it, some theorizing about it.

Frankly, I’m not interested in talking about how Justin Bieber really feels, because I don’t know — I can’t know. It’s not my business, besides. Yet we live in a culture of celebrity, in which visibility expands the borders of one’s own “business.” We understand this to be how the world works, though most of us include within this understanding some measure of critique.

But we are not surprised when VICE interviews a psychic healer regarding what Bieber can do to restore and balance his spiritual energy — a piece that’s not actually for the sake of the subject’s healing, but for web traffic. Nor is it particularly shocking to see a wildly successful artist’s struggles dismissed (welp, that’s what happens when you become famous as a neonate) or mocked (oh poor Justin, his life must be sooo hard). As published at Marie Claire, “Despite his can-do attitude when it comes to bleached blonde hair, Justin Bieber just can’t with his fans right now. Like, he’s trying to can, but he can’t. He just can’t.”

We’re so used to this that we might ignore what’s really being said: That people’s experiences are up for debate, that some people’s pain is real and others’ is fake, that only some people deserve to have their boundaries respected.

We may feel like we know the people we observe, although we merely see pieces of them.

Suggesting that someone is wrong about how they’re feeling, or simply incapable of the feelings they’ve expressed, is delegitimizing. How much easier it is, then, to disregard the boundaries they set. I’m disheartened to see people, especially those who consider themselves “aware” and “empathetic” and “not even interested in tabloid fodder,” so casually belittle another person’s health or imply that it’s selfish to put one’s health before others’ demands of them.

That last part, it is so familiar. It’s not a Bieber thing, not a celebrity thing. It’s a pattern; it’s our society’s way of being. We all owe of ourselves to other people, and not in a spiritual, we’re-all-in-this-together kind of way, but in a way that exploits and commodifies and drains. Conversely, we are made to feel entitled to other people’s time, to their emotional labor, to what they create.

This entitlement goes deeper than adherence to a transaction, in this case, a large sum of money in exchange for the opportunity to interact with Bieber up close and personal. Entitlement here, as I speak of it, is criticizing a reversal of the transaction because it’s “unfair,” as if someone is owed a meeting with their idol, as if he owes of himself — a hug, a photograph, his energy — to a fan. As if he belongs to them and not himself, first and foremost.

I remember a friend saying to me once that minimizing someone, positioning them below you, is dehumanizing, and so is idealizing them. In the few years since then, she’s become increasingly well-known online. Consequently, ever more demands have been made of her time and her art, mainly by people who do not know her but revere her. I imagine those words she shared with me have rung truer and truer.

There are many versions of fame these days. Not all of them translate into wealth, security, or a management team. Bieber does have access to these things; in that, he is very privileged. All fame, however, signifies visibility. We may feel like we know the people we observe, although we merely see pieces of them. We may feel a stake in their lives. But they are not ours, as much as some of us would like to believe otherwise.

With his cancelation announcement, Bieber modeled something incredibly human: He acknowledged his limitations and stated his needs, doing so with both care for himself and appreciation for the people on the other side of that relationship.