I Was Sexually Abused By A Teacher — And I'm Still Paying For It. Literally. 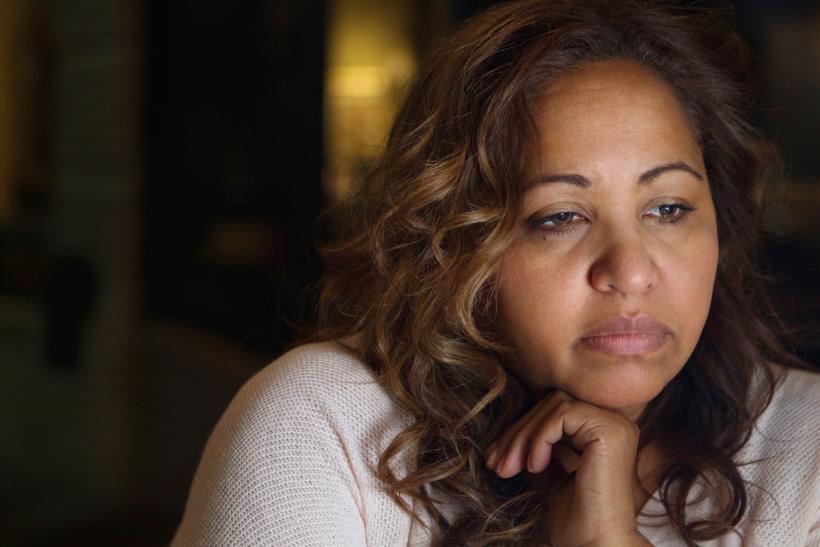 I was just a naïve kid who didn't understand what was happening.

[content notice: sexual assault of a minor by a teacher]

I have already spent a decade in therapy trying to find solid ground, struggling to revive even a shadow of the person I used to be.

This week, my therapist asked if I could pay her more money per session.

Fair — she deserves it — but why am I the one paying for my therapy?

It's not the first time I've had this indignant response. After all, it's not my fault a 42-year-old male teacher decided a 17-year-old student should be the object of his sexual attention.

So why am I stuck paying thousands of dollars out of my (empty) pocket to fix the damage he caused? He's the one who should be paying for my therapy.

Not only is this never going to happen, but it also avoids the real issue completely: He has to take responsibility for putting someone (me) through serious trauma.

The sexual abuse started when I was in high school. At first, he'd just hug me or hold my hand occasionally. Then came an awkward discussion about “friendship.”

I was just a naïve kid who didn't understand what was happening.

As the months turned into years, the petting progressed to some PG grinding, and eventually, to all manners of sexual activity short of full-blown sex. By this point I had lost my voice and didn't think I had enough self worth to say no.

This was simply the price I had to pay for somebody to care about me.

The abuse lasted until spring of my freshman year of college. After finally having enough space away at university to realize I didn't have to be forced to do what this man wanted — that I had a choice — I ended it. Not only did I gather up enough courage to end the relationship, I reported what he had done.

That phone call to my parents was one of the worst I ever had to make.

Soon after, a police officer was dispatched to my campus to collect my statement. This was followed by a slew of meetings, interviews, and hearings with various lawyers and state government departments that took place over the next few years.

Having apparently failed Law School 101, the assistant district attorney let the case incubate beyond the statute of limitations.

My abuser would have only faced misdemeanor criminal charges, but the chance to sue him in civil court for my therapy fund expired with the statute of limitations.

This man suffered some consequences, so maybe he knows what he did was wrong. I don't know. What happens to him isn't important to me. After all, which are “fair” and “appropriate” consequences for stealing someone's trust, security and sense of self?

Regardless, I feel I got the short end of the stick because of emotional and financial costs I am still paying for what he did — the grooming, the mind games, the violation of my body and my agency, the disregard for my mental and physical well-being, the purposeful isolation from friends and family. I have already spent a decade in therapy trying to find solid ground, struggling to revive even a shadow of the person I used to be.

What I have learned in (clumsily) trying to heal so far is this: “It's not your fault, but it is your responsibility.”

Ellen Bass and Laura Davis mention this phrase in The Courage to Heal: A Guide for Women Survivors of Child Sexual Abuse. The book is a bible for survivors trying to make good on their current actions, even when these actions stem from sexual abuse and trauma.

Or, as respected therapist and writer Irvin D. Yalom says a little more candidly in The Gift of Therapy: An Open Letter to a New Generation of Therapists and Their Patients, “If we hope for more significant therapeutic change, we must encourage our patients to assume responsibility — that is, to apprehend how they themselves contribute to their distress.”

I am nobody's victim. I will decide what my story means. My history belongs to me.

The abuse and resulting trauma are my responsibility to do something about. At some point, the past is over, and it's time to move on. My abuser isn't going to swoop in and pick up the pieces for me. I don't want him to.

My therapist is a solid, much-needed support system — but I'm the one who has to do the work.

On the days when I'd rather get mad and blame other people or just throw myself down on the floor in frustration and defeat, this is the ideology I try to remember. “Taking responsibility” means dragging myself to work when I'd rather be sleeping and insisting that I shower every night — even when just brushing my teeth is a monumental, impossible task. It means slogging through basic household chores like washing dishes and doing laundry — even when I don't think I can take another step.

It means keeping all doctor and therapy appointments and making charts to help me remember to take my medication. It means trying to be honest when I explain to friends why I haven't returned their calls or texts for weeks. It means texting my therapist when I'm disoriented and have lost track of time only to realize I've been self-harming.

And sometimes it's just a bullshit attempt to cover up the fact I'm not sure what is and isn't wrong — what is or isn't my fault.

Because interacting with people ranks about a hundred spots lower than “brushing my teeth” on the list of things I can manage, consuming books about mental health and trauma have become a coping mechanism.

I had another breakthrough while reading Norah Vincent's investigative book, Voluntary Madness: Lost and Found in the Mental Healthcare System. It was when Vincent admits to an inpatient therapist that she was molested as a child:

I looked at the potted fern behind [the therapist] on the floor, occasionally glancing back at her eyes, which were searching my face for recognition. When our eyes did meet for longer than an instant, [the therapist] gripped my hands... Then she added, slowly and emphatically, “There is nothing wrong with you. … All of this is typical. A normal response to a very traumatic experience. Something very bad happened to you, and you reacted the way anyone would, the way most people have. That's all.”

There's nothing wrong with me? Nobody had ever even implied this could be true, and it never occurred to me to think so — yet here it was, printed in a book. Reading this switched on a small light in my dark cave of healing.

In their own unique ways, my body and brain had reacted to a traumatic situation by trying to protect me, exactly as they should. All the struggling and therapy and ambivalent feelings about the responsibility of my healing are normal. It's not my fault.

It may not be my fault, but it is still my responsibility to process the events of the past and find a way to prioritize self care in the present.

One of the ways I've found is to call myself a “survivor” rather than a “victim.” The experiences of the past are the same either way, and I'll always be a person who had been callously forced to my knees by a man I was supposed to be able to trust.

However, “survivor” makes me feel like I'm standing tall on my own two feet now. I am nobody's victim. I will decide what my story means. My history belongs to me.

So at the end of the day, it's not about money, therapy, or even revenge.

It's about reconciling my negative past experiences in a way I can live with, move through, and heal from. It's taking something ugly and turning it into something meaningful.

It's about the ultimate payback: living the rest of my life to the fullest extent possible. Now that I understand none of it's my fault, the responsibility is a little lighter to carry.