Your Disinterest In Things Doesn't Make You Cool Or Mature 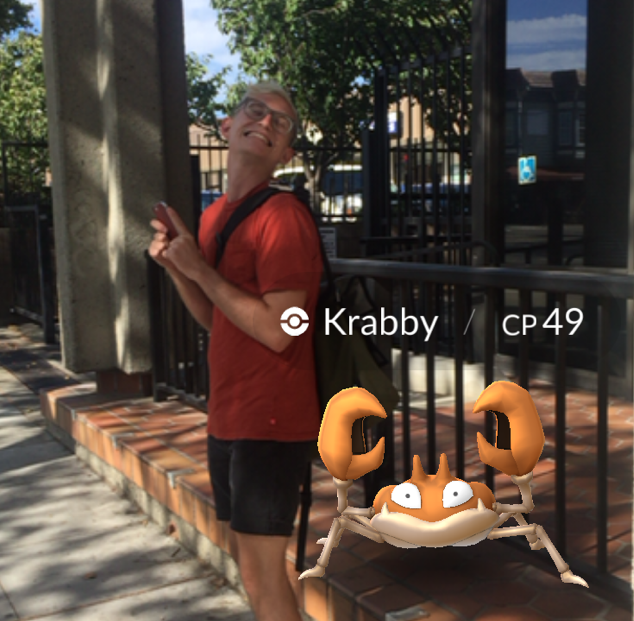 Growing up seems a lot more fun before you actually have to do any of it. When you’re young and reading coming-of-age stories, you’re led to believe that adulthood is a world full of adventure and partying. You’re fed promises of independence and told that you can do anything.

In reality, growing up is mostly worrying about student debt and juggling responsibilities you’d never thought about ahead of time.

The minutiae of adulthood can feel overwhelming, and often, the only real means of escape can be to sink into something that seems… well, childish.

(Can you already tell that this piece was inspired by Pokemon GO?)

Never in my life have I seen the sort of cultural osmosis this weird little mobile game has created.

My Facebook feed has been covered with jokes and tips on how to best raise your Pokemon’s stats, and discussions among friends are constantly littered with references to different places people have gone to discover new creatures.

My 58-year-old mother called me a few days ago to ask where she could find a Pikachu.

This shit is everywhere.

However, you can’t have the good without the bad. Every action has an equal and opposite reaction, and every excited screenshot about Pokemon has some buzzkill trying to brag about how they’re a “real adult with better things to do.”

OK, Todd. Let’s ignore the fact that we’ve been Facebook friends for six years and the only work-related thing I’ve ever seen you post was a status about being fired from T.G.I.Fridays for being stoned on the job. Let’s ignore the fact that, judging by the photos of you drinking a Coors Light in an inner tube on some lake, you (very clearly) don’t have better things to do.

Your disinterest in things doesn’t make you cool or mature. The decision to not engage with popular trends is one I can respect — to each his own, after all.

However, your contrarian, holier-than-thou attitude toward harmless, “childish” fun doesn’t make you seem like a “busy adult.”

It makes you seem like a killjoy and kind of a dick.

This is something I see come up a lot, especially when it comes to “maturity.” Those who enjoy something openly express their enjoyment, but those who claim not to care expend a lot more energy voicing how little they care than the enthusiasts do about liking what they like. It’s counterintuitive, really.

The issue of “childish excitement” versus “mature disinterest” is, I believe, an internal conflict every person deals with as they grow up.

When you’re a child, the scope of what you can accomplish knows no bounds. You’re beginning to form the interests and ideas that’ll carry you into adulthood, and your curiosity about the world around you is cherished by the people in your life.

Those raising you will encourage your interests in the hopes that they’re the building blocks to your future — that your love of dinosaurs can lead to a career in paleontology or your obsession with the night sky will have you someday working for NASA.

These hobbies and games evoke a feeling of wonder within us that’s often lost in the face of the world trying to grind us down.

As we continue to grow into young adults, the boundaries become more clearly defined. Our aspirations become narrowed down by the reality of the systems we live in. We begin to worry more about what our fellow teenage peers think of us — and since this is such a strange and formative time physically and emotionally, things like apathy and disinterest become more valuable than genuine excitement.

When you’re a teenager, being cool and detached is what makes you popular, while genuine excitement gets you labeled as King Dweeb of Dork Mountain. This, unfortunately, often bleeds into our adult lives. Those who would find themselves genuinely excited about simple, fun things are often written off as losers with nothing better to do, while the jaded pat themselves on the back for how mature and intelligent they so obviously are.

However, the longer you look at it, the more you begin to notice that it’s quite the opposite.

There’s nothing inherently mature about being apathetic. Apathy doesn’t ask anything of you. It doesn’t require sincerity, honesty, or any sort of commitment; it just requires that you act like you don’t give a shit about anything.

There’s nothing mature about refusing to be emotionally invested in anything — because a lot of the time, apathy is rooted in a deep fear of being hurt or made fun of.

Being open and honest about the things you love, regardless of how small or silly they may be — that takes real strength. Admitting that you sincerely love something and refusing to be ashamed of it requires the emotional maturity to be sure of yourself and what’s important to you, independent of how anyone else might feel about it.

Shit, was my mom right when she told 15-year-old me that “it’s cool to be yourself”?

Though some of these behaviors may seem childish at times, they hark back to a point in your life when the lines weren’t so clearly drawn in the sand. These hobbies and games evoke a feeling of wonder within us that’s often lost in the face of the world trying to grind us down.

In these moments, through these childish little pastimes, we see through the eyes of the people we once were — when we believed we could be explorers, rocket scientists, or yes, even Pokemon masters.

Anything is possible, and that’s enough to fill us with passion and excitement.

Besides, what’s the point of being an adult if you can’t be childish sometimes?