Friend Breakups Can Hurt As Much As Romantic Breakups 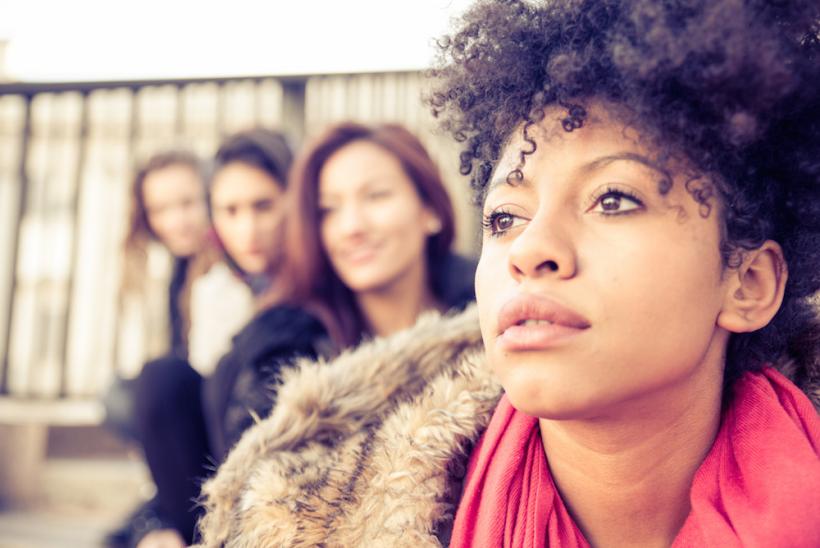 There’s a certain irony to it, in my experience, since this means we are constantly bombarded with “how to get over” that ex, but aren’t really guided — by family, social circles and other institutions, or media — on how to deal with “getting over” a friendship.

The last time I saw him in person, he took this picture of me with his cool new camera. It printed out the photos he took and gave them a random color frame. Of all the colors my frame could have been, mine came out purple — my favorite color. 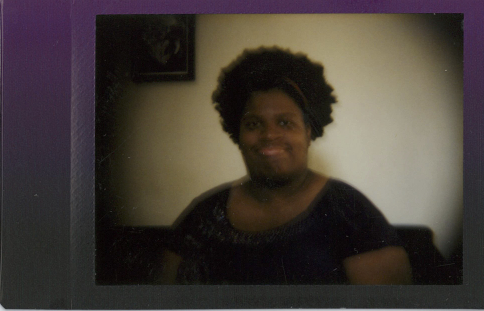 It should have been a sign of good things to come, but it turned out to be meaningless. Only a few weeks after that picture was taken, we were no longer friends.

It’s been a little more than a year since this former friend “broke up” with me, and it remains one of the most painful things I’ve ever experienced that actually still hurts.

In a culture focused on the importance and superiority of romantic attraction and relationships — a culture aromantics might call alloromantic-centric — platonic friendships (another form of relationship) are consistently undervalued.

There’s a certain irony to it, in my experience, since this means we are constantly bombarded with “how to get over” that ex, but aren’t really guided — by family, social circles and other institutions, or media — on how to deal with “getting over” a friendship.

I have spoken to people who, 10 years later, still feel the pain of a friendship breakup as if it were yesterday.

In fact, there has been quite a bit written over the past year about the pain and overall experience of friendship breakups.

And while some of it certainly resonates with me, it leaves a lot to be desired. Most of it is written by cishet white people, which is fine, but there are some nuances that are missed when compared with my own experiences as a cis, queer, Black person with queer and trans friends of color.

Friendship, also known as “chosen fam” among many of the QTPOC I know, is literally essential to our physical and mental survival. From vogue houses where Black and Brown queer and trans folks commune together, both as artistic collaborators and out of simple necessity, to the on-campus student groups where we often meet lifelong comrades and close friends, friendships between queer and trans people of color allow us to be our full selves.

We relate to each other in ways that we never could with white queer and trans folks or cishet people of color.

We seek each other out for comfort, safety, a good laugh, and security when things aren’t going so well. We rally around each other when things are hard and use our limited resources to the best of our ability when someone is struggling.

This is truer still when we share multiple axes of oppression (disability, citizenship status, class, etc.) and our community is so relatively small.

All of this can make friendship breakups among ourselves that much harder and more painful.

We were both attendees at a small QTPOC open mic gathering in a friend’s basement. I was there to read some of my work; so was he.

After the event, he told me he loved my poem and the things I had to say and asked for consent to give me a hug. I love hugs!

Sam is an immigrant from Southeast Asia and was literally the best friend I’d ever had, by far, since high school (though we weren’t “best friends,” as I don’t believe in friendship/relationship hierarchy). We were both polyamorous, queer people of color, disabled, and survivors of childhood sexual trauma.

We became fast friends — “enmeshed,” as he said.

I met his partner, Brian*, and their cats. We shared a lot.

Toward the end of 2014, there was a period of about two or three months where we kinda lost touch. But I reached out in the new year and it was like nothing had changed.

We were still tight, so we just took it from where we left off. The three of us shared meals, stories, and laughs, and Sam and I shared righteous anger fueled by our oppression.

About three months into our rekindled friendship, we hit a bump in the road.

After an in-person encounter that, unbeknownst to me, made him uncomfortable, he sent me a message via Facebook clarifying his boundaries. That was one of the things I loved about our friendship. It taught me a lot about the importance of honest communication (which, I believe, was partially fueled by our mutual understanding of its importance in polyamory).

I appreciated and understood the overall message, but was really hurt by some assumptions he made about how I felt about certain things and, in the interest of honest communication, I expressed as much.

Long story short, there was a lot of back-and-forth, first via Facebook, then via email, between us trying to clarify our points and also understand where the other was coming from. I sent what would end up being my final message and waited.

His response was something I honestly did not expect.

He expressed clearly that he didn’t want to be friends anymore and told me never to contact him again.

Occasionally I dream about Sam and Brian. We’re friends again or we reconcile. We’re hanging out and things are the way they were before all the other stuff got in the way.

I was hurt, mystified, and angry. I felt completely misunderstood. Even after several attempts at explaining why I was initially hurt, it seemed like he just didn’t understand. At that point, I wasn’t sure if it was because he couldn’t understand — or because he didn’t want to.

I was hurt that he sometimes seemed to take the words I said and feelings I expressed out of context, and this final email was no different. And I was hurt that his demand that I never contact him again meant that I could never explain any of that, and that I would probably go down in his history as one of those “toxic friends.”

It all seemed so unfair.

But I’ve had a year to reflect on that friendship and the experience that would ultimately lead to its demise.

They say that any relationship is a two-way street. In hindsight, there are some things I would’ve done differently.

I would have been clearer in my response to Sam’s original message, acknowledging that I understood his particular boundary needs and respected them. I did feel that way and briefly mentioned it, but by the end of things, he didn’t seem to understand that.

That’s completely my fault for not being deliberate in acknowledging his words. It took a lot for him to be vulnerable in that way and I should have honored it by witnessing that first before expressing my concerns.

In addition, I would not have sent an email after he told me he would respond in his own time; I would have waited for his official response to address the particular issues in that exchange that I needed to.

I would have worded things in a way that, while still firm, really conveyed my intentions. As a writer, and a person well-known for being friendly, I am always trying to be aware of how I come across.

I was never mean (or at least I certainly never intended to be) but I do think there were certain instances where I could have been a little gentler, just a little more kind. I could have written and organized things in a way that better conveyed a sense of caring.

Being bombarded with many things at once, even if they’re things that need to be addressed, can be overwhelming and even feel like an attack.

While it’s something that has to be mutually agreed upon, I also would have conducted most of our exchange in person, if possible. A lot of understanding can get lost in text. In my heart, I hope there are things he would have done differently too.

Finally, before this conflict ever happened, I would have tried to be a better cis friend to a person transitioning. I have a handful of trans friends from different walks of life, but had never actually been “in the thick of it” with anyone.

It was a learning experience, but I could have done more.

And, I think that’s the crux of why, when QTPOC friendships fall apart, it hurts all the more.

We are all carrying our own needs based on our various marginalizations and life experiences, and sometimes we fail. Hard.

We don’t know what we’re doing. We let our pride, egos, and our areas of privilege get in the way. We were never taught that it’s okay to ask for help.

And our community gets just a little bit smaller.

My life is different than what it was a year ago, but I still have that photo hanging on my refrigerator, I still use the cane Sam gave me when I first became physically disabled, and I still have all the messages and emails saved from our exchanges.

Occasionally I dream about Sam and Brian. We’re friends again or we reconcile. We’re hanging out and things are the way they were before all the other stuff got in the way.

I always wake up with the same sad feeling in the pit of my heart; the awful feeling that that photo really is the only thing I have left.