5 Alternatives To Montessori When The Waitlist Is Full 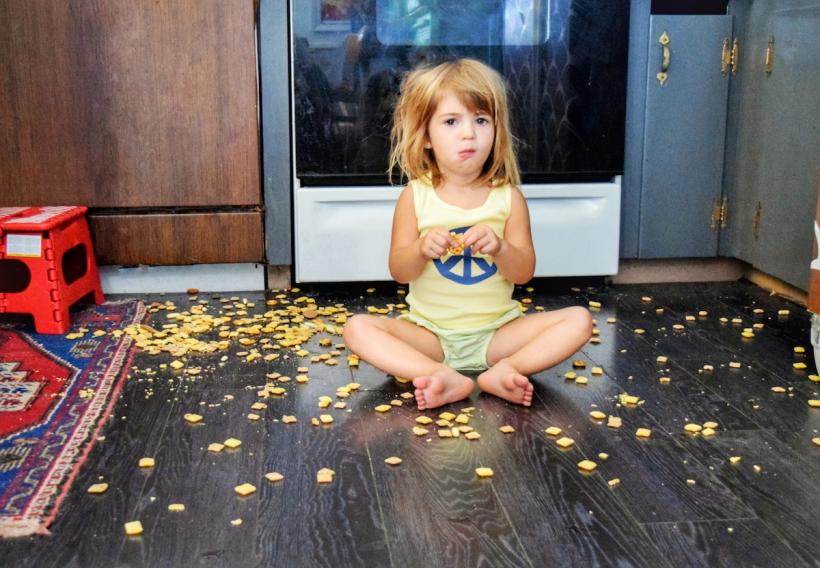 The silence may be worth the mess. Image: Thinkstock.

You're going to need to gain access to the director's office and get your hands on the waitlist.

My 5-year-old should have be in Pre-K this year, but she’s not.

This wasn’t an intentional “un-school” situation — I would give, at minimum, an entire toe to have six hours alone every day.

No, this happened because on the first day of school, she LOST HER SHIT. And I don’t mean she cried a little, aw, that's sad, like you’d expect from a child with separation anxiety.

I mean, she collapsed into a heap of hysteria that can only be described as the progeny of Gandhi-like passive resistance and a 3-year-old grieving the loss of a Hot Wheel.

It was Bad. Capital B.

We took her home.

When we got home, I sat at the table with her father while she went about her 4-year-old day like we hadn’t just been to literal battle. We decided to find a school that would allow me to be present while she acclimated to life with a roomful of children not her siblings.

There is one about 25 minutes from our house, which is a complete pain in the ass to drive to twice a day, but it's a potential solution to her absolute social panic (also, it would foster independence).

I filled out the application online. I called.

I congratulated myself for my problem-solving skills.

This is what Responsible Parents do.

“Oh, great!” says the woman on the other end of the line. “Our waitlist is only about 18 months right now.”

In 18 months, this child will be seven. She will probably still be terrified of strangers, but that’s beside the point.

Necessity is the mother of invention.

Here are five alternatives for when your local Montessori has an 18-month waitlist:

This probably isn’t going to work, because desperate pleading is not a tenet of Montessori education. But it’s worth a shot.

How can you call yourself a proponent of Montessori-style learning if you don’t at least try to foster your own independence?

This is going to require a little more than independence: You're going to need to gain access to the director's office and get your hands on the waitlist.

Call parents 1-27 and tell them you were going to send your child there but you heard that all the coat racks are hung at adult height (and there are only three step stools).

“I know, I know, it's unconscionable. I just felt like you should know.”

If you've exhausted all potential admission hacks, you're going to have to get creative.

Sending your child to the “regular” preschool is not an option.

You have two choices:

A.  Find a religious preschool. They usually have openings, because churches like money. Child gone 8 AM-noon: +1. Child insisting you “thank the Lord” at every meal (including restaurants): -1—5, depending on how religious you were to begin with.

B.  ...OK. Maybe sending them to a “regular” preschool is an option. When everyone asks if it’s Montessori, say yes. When they say, “Montessori literally never has 70 plastic toys that beep/ring/honk/light up,” you say, “This school is PROGRESSIVE. I can’t explain this to you if you don’t stay with the current trends.”

Good news: Many Montessori schools to choose from.

Good news, part two: You can commiserate with all of the other desperate school-seekers, reinforcing that you aren’t as terrible of a parent as you probably actually are.

Montessori at home: Twenty-four wooden blocks, unfinished. A cardboard box, large. One glue stick, non-toxic, BPA-free, odorless. One package construction paper, upcycled and/or recycled. Scissors, one, extra-sharp, because LEARNING. One — or two, depending on how much time you need alone — box crackers, gluten-free, sugar-free, grain-free, vegan. Side kale chips.

It’s all about self-sufficiency.

If you like this article, please share it! Your clicks keep us alive!
Tags
Montessori
waitlist
advice
alternatives
Satire
pre-k
Children
parenting