5 Things To Do When You Feel Bad About Being Single 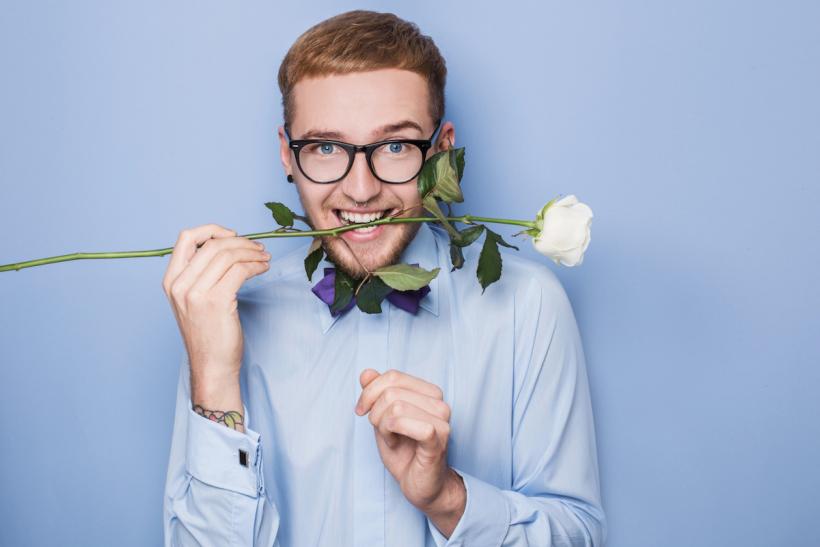 Take yourself on a date. Image: Thinkstock.

Being on your own doesn’t mean that something’s wrong with you or that you don't deserve to be loved.

I think I’m starting to reach that age where people in my life are beginning to get engaged.

It’s a really strange feeling. After a while, it’s kind of like waiting to see who randomly gets chosen for the next Hunger Games — except instead of killing other children in an arena, they’re picking out fine china and making a lot of trips to Ikea.

During times like this, it can start to feel like you’re one of the only people who’s single. You’re happy for those around you (even Diana, who’s only been dating this guy for, like, three months), but it’s easy to start feeling bad about being on your own.

Today, let’s talk about some activities or ideas you should try when you’re feeling bad about being all “single and craving some Pringles.”

(Is that not the euphemism? That’s the one I always use.)

Here are five things to do when you feel bad about being single:

1. Take yourself on a date.

Look. I know how silly this sounds, but it’s actually a really sweet and empowering thing.

Showing yourself the fun evenings you typically reserve for dating lets you have all of the delicious food or great atmosphere without any of the awkward small talk or inflated check.

Besides, there are so many great places that we associate with dates that are just as enjoyable on your own. My favorite restaurant is a little cafe that only serves chocolate.

It’s a wonderful place for a date, but do you think that stops me from getting nasty on some fondue?

I go to the movies on my own all the time.

Why do people even think that’s an acceptable place for a date? “Hey, I know we just met, but let’s sit in silence next to each other for two hours — except for during the previews, when we lean over to one another to confirm whether or not we’d like to see that new Kevin Hart movie.”

2. Make a change to your appearance.

Whether it’s dealing with the fallout of a breakup or just being single for an extended period of time, feeling lonely can really rattle your confidence. I’ve found that changing something about your appearance is a really good way to counteract those feelings.

When you decide to dye your hair a different color, get a new tattoo, or just redo your wardrobe, not only do you get to shake up your confidence and get some great new pictures for your Tinder profile, but it feels like a fresh start.

It’s an opportunity to explore a part of your aesthetic you haven’t before, and it instills a lot of confidence.

Plus, the compliments on social media from Facebook friends never hurt.

Speaking of “exploring a part of yourself…”

3. Make an effort to learn and grow.

Adults in the dating world tend to look at single life as “the time between relationships.” We can get so swept up in the quest to find a partner that we completely overlook what a good opportunity single life is to grow more as people.

Relationships are a beautiful thing, but they’re also a lot of time and effort. With all the extra hours and energy you have, you can use it as an opportunity to learn and grow more as a person.

This doesn’t just include the typical “take a cooking class” or “pick up a hobby” bullshit you hear on a lot of these lists: If you weren’t interested in learning to make foie gras before, you probably won’t be now.

You'd be surprised what a change of pace can do for your perspective.

I’ve touched on this briefly in a previous article, but platonic relationships really get the shit end of the stick a lot of the time.

They’re often treated like some kind of silver medal compared to romantic relationships, when in reality the two aren’t in competition at all.

Platonic love is in no way less valuable than romantic love. It’s something different entirely.

Use the time on your own to build stronger and deeper relationships with your friends. Text them to check in on how they’re doing, tell them how important they are to you, actually hang out with them — instead of talking on Facebook messenger about how you guys should hang out and never actually doing it.

Those people will be there for you before your relationship and most likely after it as well.

Plus, y’know, sometimes they have hot friends.

5. Remember that your relationship status doesn’t define your worth.

This isn’t exactly an “activity,” but it’s something you need to tell yourself often during times you’re feeling lonely.

Being on your own doesn’t mean something’s wrong with you or that you don't deserve to be loved. It just means that you’re on your own right now.

A romantic relationship shouldn’t be seen as your endgame for so many reasons. You aren’t half of something waiting to be made whole — you’re a complete human being with your own important thoughts and ideas, looking for someone to add to your life. You're neither incomplete nor missing out on anything just because you’re single.

Besides, treating a relationship like your main goal implies that that’s where you stop trying. Any meaningful relationship is an agreement between two people that they’ll be inspired by and motivate each other to be their best possible selves.

Romantic love is a beautiful thing, but it can’t be rushed or forced.

What you can do is approach life with an open heart and continue to grow and learn as an individual. That way, when you come across that special one, the person you present to them is the best version of you.

Love will find you. It always does.

If you like this article, please share it! Your clicks keep us alive!
Tags
dating
single
self-love
advice
Relationships