5 Ways To Deal With Cabin Fever 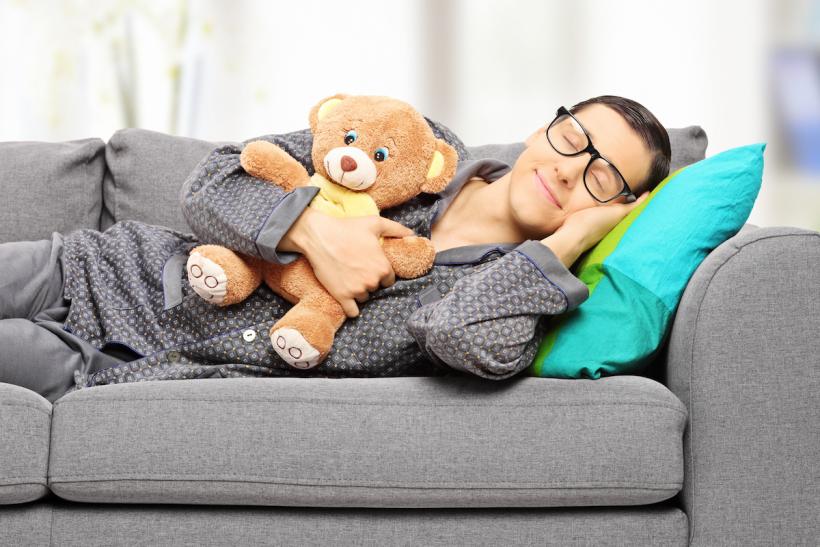 It’s fine to try to be a lone wolf who doesn’t need anybody, but when you’ve been on your own for two weeks and the existential dread starts to set in, you need somebody.

I’ve barely left my home in the past three weeks. I’m recovering from some pretty major surgery that has made it really uncomfortable to move around.

In addition, because of the painkillers and antibiotics, obviously, I’m not allowed to drink or basically do anything I enjoy anymore.

Forced sobriety and feelings of loneliness have made the walls surrounding me feel higher and more confining with time. Cabin fever has taken hold of me, and since my editor made me change the title of this article (it was originally called, “Awaiting Death’s Sweet Embrace: The Matt Diaz Story”), let’s use this as a learning experience.

Here are five ways to deal with cabin fever:

Are you tired of pretending to know what David from Human Resources is talking about every Monday morning in the break room? Something about some fireproof blonde chick with dragons?

Well, now is the perfect time to pick up a new series!

Passive entertainment is perfect for dealing with a difficult recovery, not only because it doesn’t require any sort of actual physical effort, but it allows you to escape into a fantasy world where things aren’t boring and claustrophobic!

Use all of this free time to burn through shows like Friends to forget you don’t have any, or Black Mirror to see a dystopian future that honestly could be happening outside right now since you haven’t seen the outside world in days anyway.

Just be mindful of those Netflix binge sessions: You’ll start watching a show in the morning and next thing you know it’s four seasons later and it’s 5 AM next Wednesday.

It can be easy to get a little antsy when you’re stuck at home. After a while, it starts feeling less like a “cozy little two-bedroom” and more like a “nightmarish hellscape from which there is no respite.”

During these restless times, it’s a good idea to keep your hands busy.

Putting in the effort to actually learn something new will make the time pass faster and can help you to be more motivated — which is certainly a feeling that can begin to dwindle after your eighth consecutive day eating S'mores Oreos (they aren’t called Smoreos? goddamnit) and watching Parks and Recreation.

There are so many wonderful skills you can learn, like knitting! That way, you can create a beautiful quilt to keep you warm on those lonely autumn nights — because this is going to last forever.

The days can start to weave into one another when you find yourself stuck in the same place. It can be easy to feel like nothing is being accomplished, so a great thing to do is to set personal goals for what you want to get done over the course of the day.

I work from home, so it’s fairly easy for me to find daily goals to set for myself. I can decide to try to attack an article that’s been giving me trouble, resolve to finish editing a video I’ve been working on, or try and be more engaging on social media!

If you don’t work from home (haha, nerd), don’t let that stop you.

Set goals for household chores — make an effort to clean your apartment or finally go through your closet and get rid of those clothes you don’t wear anymore!

You can even set goals for things just to make them more fun! That microwave pasta says “serves four” on the box? Well, it’s time for you to think outside the box! That bag of Cool Ranch Doritos says “party size” on the outside? Well, Frito-Lay, how about you join this party of one?

A sense of accomplishment is important during a time when it feels like the world is standing still, so celebrate the little victories. So if you don’t mind, I’m gonna go eat this whole “family size” thing of Chips Ahoy and show Nabisco that I’m the only family I need.

4. Lay awake in bed at night, staring at the ceiling, thinking of every minor mistake you’ve ever made; try not to let your anxiety convince you that everyone still remembers the time you peed your pants in Ms. Estrada’s 3rd grade class.

Big surprise: Being on your own for a long time can start to feel very isolating.

Even if you have a roommate or live at home— it can start to feel like you’re keeping people in your life at arm’s distance. That’s why we need to make an effort to try and reach out to others.

I know — it sucks. I know you want everyone to think you’re some badass who can handle anything life throws at you. I know you want to feel so important that people reach out to offer support and help without your prompting, because they’re already actively thinking of you.

But people are fucking busy.

Steve just got into a new relationship, Derek is either starting a new job or joining a cult, nobody’s really sure) — everyone has a lot going on.

I’m someone who literally writes about feelings for a living but still manages to be awful at asking for emotional support. I get it. It’s fine to try to be a lone wolf who doesn’t need anybody, but when you’ve been on your own for two weeks and the existential dread starts to set in, you need somebody.

We all get swept up in our own lives because we’re the center of our own universes. It can be easy to feel like nobody cares about you, but I promise you they do. Most people aren’t cruel or honestly even dedicated enough to maintain personal relationships with others they actively dislike.

Swallow your pride and ask for support when you need it — it can save your life.

Cabin fever is boring and awful. The only solace, more often than not, is the knowledge that it’s only temporary. I mean, unless you’re in prison for a life sentence.

Cabin fever is only temporary, but just knowing something will end eventually doesn’t make it suck less right now.

Try to make the best of it, use your time wisely, and you’ll be back on your feet before you know it.