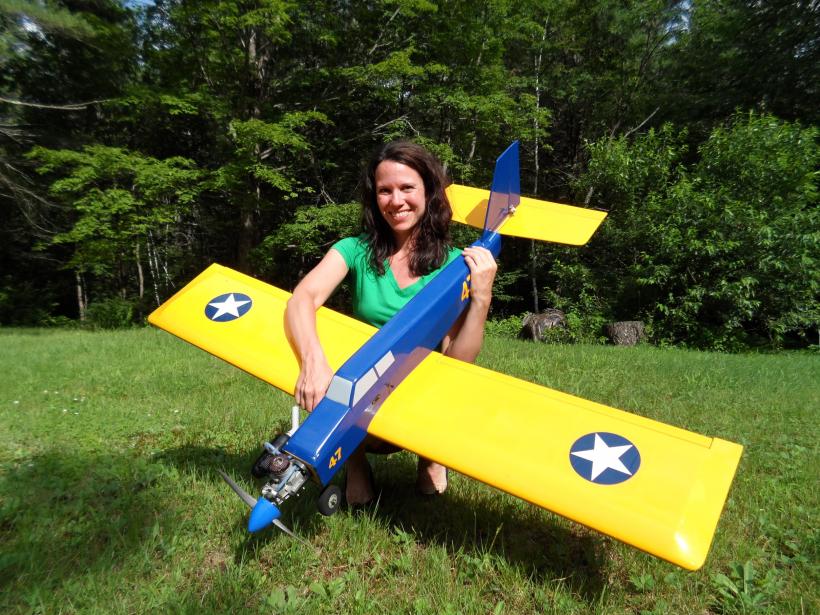 “I Believe I Can Fly” — it’s not only a song, but a confidence-boosting truth for me when I take to the skies. Image: author.

Rather than wallowing in misery over a newly-formed wrinkle or questioning my life decisions, I’m finding that my 40s have been nothing more than a confidence-filled journey.

In the past, I often felt fueled by self-doubt, which resulted in excessive worry and ongoing anxieties.

However, I suppose the saying that confidence comes with age has some truth to it. Now that I’ve been on this planet for four decades, I can say with certainty that I approach life with a more self-assured outlook than ever before.

Here’s a closer look at how I became more confident in my 40s:

1. I cultivate a kid-at-heart attitude. 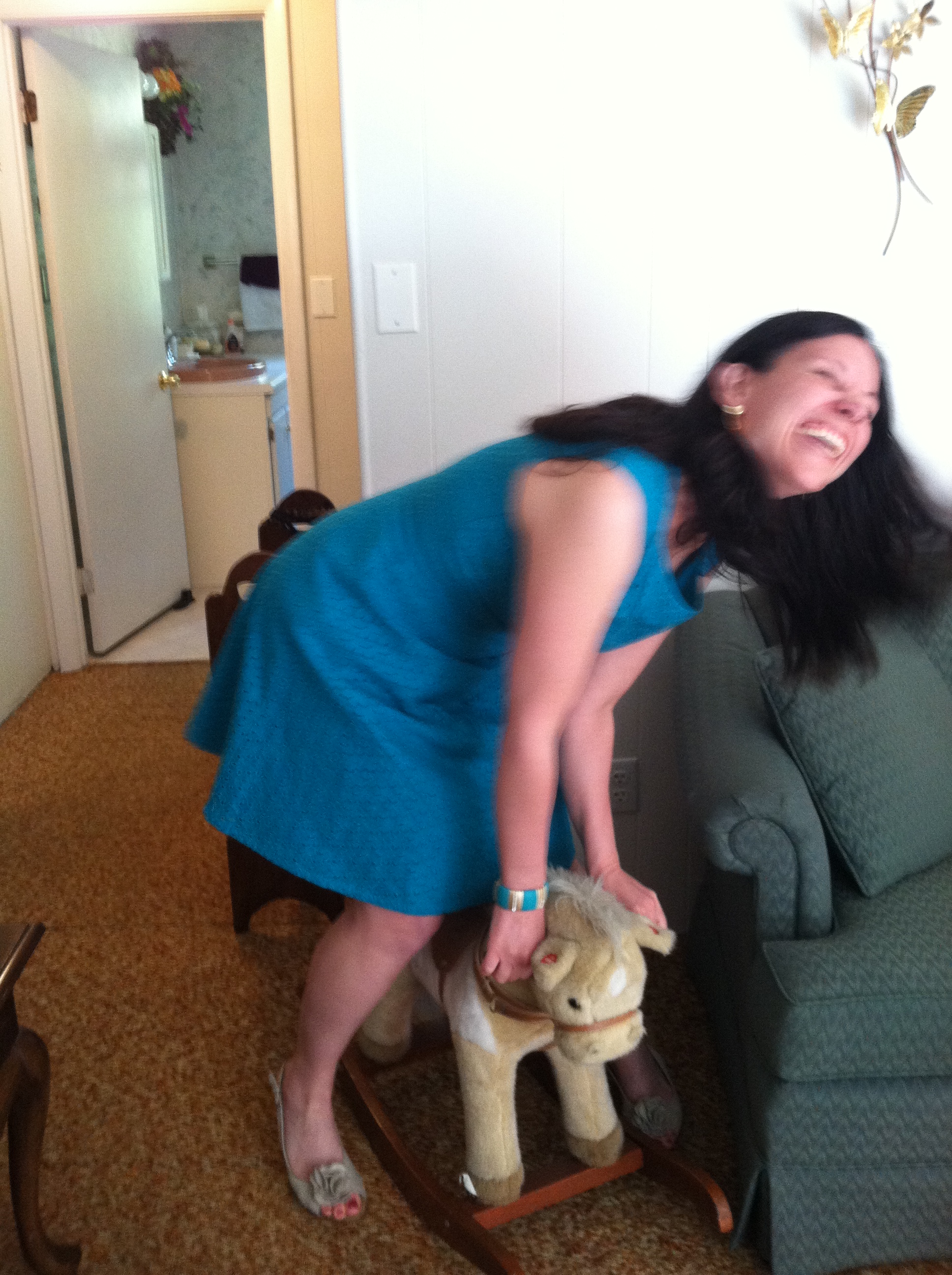 Sure, paying bills and negotiating during client meetings is par for the course as an adult, but that doesn’t mean a kid-at-heart attitude has to go by the wayside.

I often remind myself that there's a difference between being childlike and being childish.

It’s easy to get so wrapped up in household budgets (I say as roll my eyes, thinking about having to cut back on my drive-thru coffee habit) and things like town-wide garage sales that forgetting to have some fun and silliness along the way becomes the norm.

To that I say: Time to break out the funny faces, puns, silly dances, or whatever makes me feel like a child again. Getting a case of the sillies never fails to bring a smile to my face, and I've found these happy feelings are a genuine confidence-booster.

Yes, it’s perfectly acceptable to do childlike things, especially when it has such a positive impact on self-confidence!

As an overweight teenager and young adult, I was consumed with yo-yo eating patterns. Sleeves of cookies one minute, fad diets the next. Flash forward to 2007, when I lost 70 pounds in my 30s.

I’m happy to say that I’ve kept the majority of the weight off on my own, but it didn’t come without some pretty bizarre calorie-restricting patterns that left me fatigued and frankly, too thin, at one point.

Thankfully, I’ve been able to overcome these behaviors. The feeling of not being obsessed with the scale like I was in my 30s (I once brought it on vacation) and enjoying a range of foods while still being mindful of my health is freeing. Food obsessions often left me feeling drained and grumpy, zapping my confidence.

But not anymore. Spinach salads? You bet. But I also won’t pass by a couple of slices of pizza on occasion either.

The death of my father in 2015 unleashed a go-for-it, life’s-short kind of confidence in me. I felt more compelled than ever to go after what makes me happy. Really happy.

After all — clichéd as it is — life is short. It wasn’t until his passing that I truly understood (and acted upon) the importance of living life to the fullest.

As a result, I ask more questions, I speak up more in general, and I actively seek out opportunities that I want.

4. I embrace my creative side.

I’m going to cut to the chase on this one: I see faces and figures in things. A lot. Things like potatoes and trees, chipped paint, and a random napkin fold.

I also take pictures of these faces and post them to my Facebook album titled, “Faces, Faces.”

Sure, it’s a quirky thing to do, but I’ve embraced the fact that this has become my “thing,” along with posting nutrition or space exploration facts.

Because I don’t hold back on this somewhat unusual habit, I experience a sense of who-cares-what-people-think confidence. Being comfortable with my creative side and sharing it with others is a wonderful feeling.

After a particularly bad year that involved a job loss, divorce, and the death of my cat, it is safe to say that feeling happy and confident were the last emotions I was experiencing in 2012.

Now, I didn’t become one of those people who bid adieu to their life in the United States in favor of a job training worms on a remote island, but I did use it as an opportunity to engage in self-reflection.

Ultimately, I learned that I was usually accepting career positions without always truly assessing whether or not they were entirely right for me. I’d often overlook that fact that while they may have paid well, I was losing out on a personal life (not to mention getting decent sleep) due to consistently long hours.

In other instances, my wellbeing and work ethics were pushed to limits that didn’t resonate with my personal standards.

So, I set out on a work-from-home path to restore my well-being and delve into my writing passions, a move that has boosted my confidence tremendously.

6. I don’t obsess over what others think.

There was a time when I’d compare my actions with that of others, weighing whether or not my behaviors might be something that a friend, neighbor or relative may or may not approve of.

Sure, we all have moments like that here and there throughout life, but once I let it go, most of my anxieties and self-conscious feelings seemed to evaporate.

No longer using others as a kind of life measuring stick as I often did in my early adult years, I now enjoy the surges of confidence that come from making my own decisions. Whether that’s a career move, clothing choice, or yes, posting a picture of a figure that I “saw” in food, I happily go about my life in ways that please me.

In my teenage and young adult years, I tried to get involved in a myriad of hobbies. From tennis to singing, nothing stuck.

It wasn’t until I was in my early 30s that I learned about the unique hobby of flying remote-controlled model aircraft. Intrigued by the size and variety of them — some having wing spans as wide as 12 feet, others fitting in the palm of your hand — as well as the incredible maneuvers they’re capable of making, I tried my hand at the hobby. 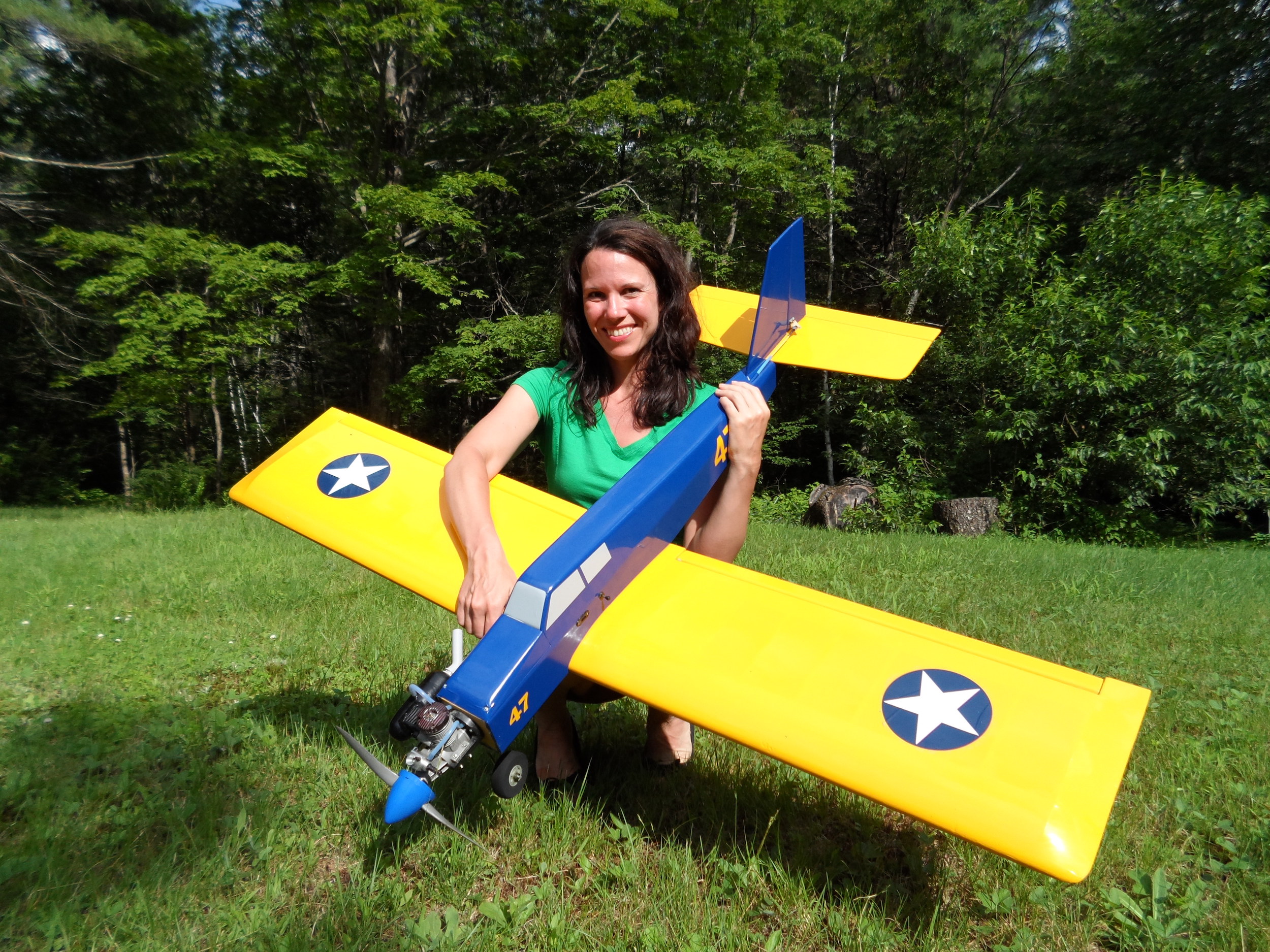 To this day, I head to a local flying field and enjoy circling the skies. There’s a great deal of left/right brain activity happening — contrary to those who think they’re mere toys, a ton of quick-thinking is involved during the entire process.

It’s both relaxing and challenging at the same time, and being able to ace a great landing — simple as it may sound — is something that leaves me with lingering feelings of confidence and happiness.

I’ve found increased levels of confidence in my 40s by ending my obsession with what others think, trading a fruit salad for some chocolate ice cream on occasion, and learning from loss.

And if I happen to get a little silly in the mix, well, more power to me.