Can We Please Do Away With "Revenge" Bodies? 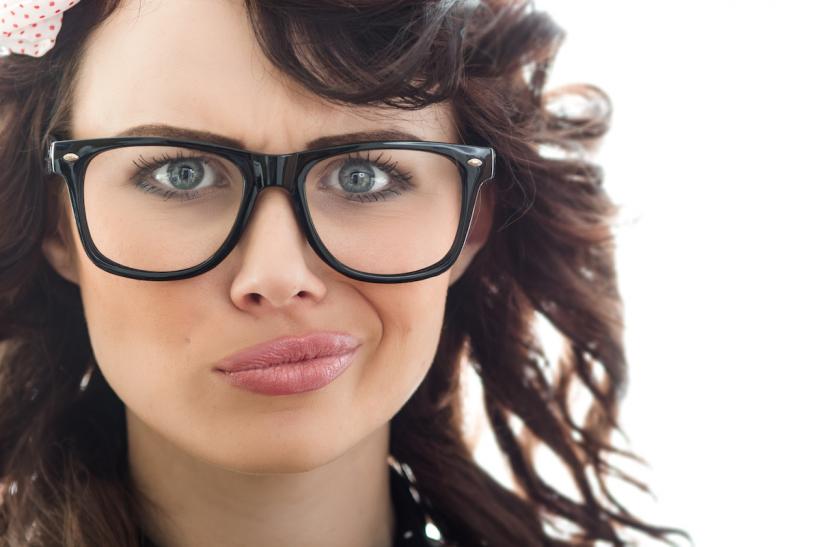 Getting back at the world or trying to right it by losing weight is pointless and detrimental.

During a recent lazy Monday that had all the cliché makings of a freelance writer’s life (too much coffee, too few assignments), I decided to call it a day around noon and watch television. I learned that after years of not tuning in, Jack Abbott is still on The Young & The Restless, and he’s still the businessman with a heart. (Which was kind of neat.)

I also learned, during Khloé Kardashian’s appearance on the Ellen DeGeneres show a couple of hours later, more about the show, Revenge Body.

Which I didn’t think was so neat.

Think about it. Revenge. Body.

They’re two dynamically opposite words, one carrying anger and hatred, while the other exudes everything that’s wonderful about us, from births and bruises to our fat rolls and collar bones.

Revenge is the thing of horror movies, cheesy retribution flicks, and the wool that people are (still) trying to pull over Jack Abbott’s eyes. It’s about getting even. It’s about holding on to grudges and letting them rule your life. It’s about adopting an “I’ll show you” attitude that’s rooted in anger. Revenge is planned retaliation directed at someone or a group of people. In this case, it’s about changing your body to show ‘em — and to show ‘em for good.

The word “body,” on the other hand, captures all that is great about us. Our body and the remarkable soul contained within it are magnificent. Maybe it boasts ingrown hairs and occasional back acne, or perhaps there are waxed legs and manicured toenails. Or all of the above. It shows off our sweat and goosebumps, our vulnerabilities, our talents. What a delight, this body of ours that enables us to move, think, create, and love. And it should be treated as such, no matter what life throws at us.

We need to focus on our bodies as the incredible forms they are, rather than as something that must be altered in the name of score-settling paybacks during times of crisis.

I caught up with Dr. Julia Breur, a licensed marriage and family therapist with a private clinical psychotherapy practice in Boca Raton, Florida. She too agrees that Revenge Body isn’t doing anyone — with the exception of the Kardashians and show advertisers — any true favors.

“Eating disorders, anxiety and depression, and self-esteem issues all fall under areas that are examined and diagnosed by professionals,” she says. “As a licensed psychotherapist, I have had the required education and training to diagnose mental health disorders. Does Khloé have such credentials?”

Dr. Breur’s point is relevant: sure, this show has all the trappings that make ratings what they are: fame, the drama attached to the notion of revenge, overcoming life struggles, a changed body, and a “you can do it too” spirit. But when it comes down to it, that doesn’t cut it.

Changing our bodies isn’t the answer. Problems don’t go away just because fat rolls do. Memories don’t care if your biceps are larger or your waist is tinier.

I know, I know. This sounds like Khloé bashing. The poor woman has gone through some turbulent times, including the death of her father. She’s lost weight; she’s gained it. She’s struggled on many levels and is now proud to be where she is in life. My issue here is simply that the title of the show and its premise seems to suggest that turning our bodies into a physical display of retaliation is a helpful way to cope when life becomes messy.

When Khloé appeared as Ellen’s guest on the February 13, 2017, episode that I tuned in to, she explained what Revenge Body is all about. She said that it’s not a competition, but rather a way of helping people, “mind, body, and soul,” who have experienced difficult life events. From deaths and rape to breakups and everything in between, she’s there for them. Rather than turning to emotional eating when these upsetting triggers develop, it’s her hope that people will instead turn to fitness routines and make nutritional changes. In other words, kettlebell instead of Taco Bell.

Now, I’m all for people helping others cope with painful memories and devastating experiences, and do believe that exercise and nutrition can play a role in working through a bevy of emotions. After all, Ravishly’s Editor-in-Chief, Joni Edelman, has written about how the lovely stress hormone cortisol can lead to everything from weight gain to digestive issues. She makes a case for sleep, which science has shown can help improve those and other stress-related symptoms. I’m all for getting proper amounts of snooze time. I also think that tossing some stress-busting exercise into the mix can deliver a one-two punch to cortisol. Also, there have been tons of studies about the calming benefits certain foods may produce: avocados, chamomile tea, cashews, and chocolate (yay!) among them.

But at the same time, I believe it’s fine to indulge in some donuts and forego the gym — 1) just because, 2) in response to an emotional life event. Why?

Because we’re human, that’s why.

Whether we attribute our large, medium, or small body to our love of donuts, enjoyment of spinach salads, our genetics, a death, a horrific breakup, a birth, an eating disorder, thyroid condition, a surgery, a rape, abuse —whatever the reason behind why we look the way we look— we should never face the mirror and think, “I’m going to get back at all of this by changing the way I look.”

A revenge body isn’t the answer.

Those stories about someone who changed their appearance because a spouse threatened to leave them? Nope, not the answer either. All the hoopla that celebrates a person’s ability to get that “coveted” pre-baby body back? Still not the answer. Life doesn’t need to circle back to obtaining the body we had 20 years ago, nor should it be about punishing it when life deals us some blows during that same timeframe.

Changing our bodies isn’t the answer. Problems don’t go away just because fat rolls do. Memories don’t care if your biceps are larger or your waist is tinier.

I know firsthand, having lost 70 pounds 10 years ago. Motivated by my engagement in 2006, I wanted size 22 me to be a significantly thinner bride. I achieved that goal. Then I lost more weight, and then some more. I even took my scale on vacation once, which seemed to be a perfectly normal behavior that would keep my food intake in check. Still, I kept telling myself I was healthier, mentally and physically. Worse, I engaged in “revenge”-fueled thoughts, thinking, “If only those kids from college who made fun of me could see me know." And where did that get me? It left me unhealthily preoccupied with my body, sure that every life struggle, large or small, was simultaneously caused by — and could be undone by — my weight. Changing my body, I reasoned, could change others’ rude comments and pretty much everything else that seemed unjust in society.

Everything spiraled, including my divorce a few years later. While the preoccupation with my body was not a sole factor in that life event, I can say with certainty that it played a role. A foggy, consistently food-deprived mind doesn’t do well at making sense out of things. Disheartened feelings that my changing body shape wasn't able to change the shape of the world after all left me feeling discouraged. Try as I might have, no amount of trips to the gym could stop bullies, rudeness, unfair decisions, greed, or even terrible drivers. I felt defeated, bothered that not even the effort I put into my new appearance could create change. Eventually, I wrongly concluded that those by my side could ultimately turn against me one day too. Sad, really.

Getting back at the world or trying to right it by losing weight is pointless and detrimental. Life is not about getting back at what’s done you wrong, anyway. Furthermore, using your body as a physical display of so-called revenge achieves nothing. Can gym sessions help deal with stressful moments in life? Sure. Can eating certain foods improve mood? Of course. But you should never, ever, point your finger at your body and shame it, using it as a tool to overcome life’s curveballs. No matter what the physical change, it will never fix the deeper life issues at hand. A different body can’t make happy moments happier, and it can’t take away hurt. Mental well-being needs to be a part of this picture, too. Self-reflection and time alone are important. Professional counseling helps. So too, does reading and meditation and good music.

“Moving on from unexpected hurtful life events is difficult,” Dr. Breur says, “but there are achievable solutions, ones that are positive versus being motivated by negativity such as revenge."

She explains that she has helped many people who have faced troubling situations, and in the case of relationships, has often found them sharing a common thread. “I usually hear that the unexpected breakup or dumping factor was a blessing in disguise. These individuals move on and discover who they are and find a partner who loves who they are.”

So please, look for the silver linings, the blessings in disguise.

Find someone who loves you for you, but be sure to love yourself first. Eat a couple of chocolate chip muffins in the process, or start juicing if you’d like. Go to the gym. Go for a car ride. Eat another muffin. Have steamed veggies later. Do what’s right for you. Just don’t alter your body with the secret, and false, hope that doing so will magically make the world, and your place in it, complete perfection.

If you like this article, please share it! Your clicks keep us alive!
Tags
revenge
Revenge Body
Khloe Kardashian
body acceptance
disordered eating