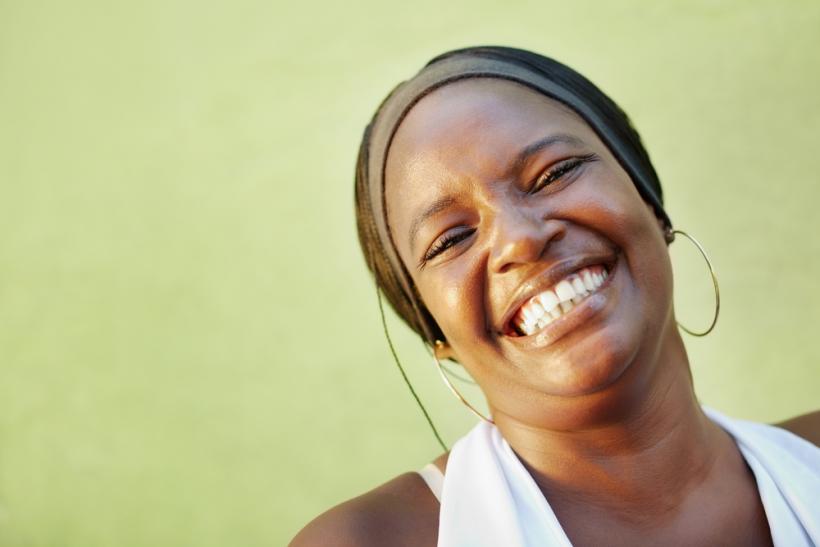 In case you’re curious — or fear you may be old — here are a few moments that helped me realize the truth about my oldness.

A few years back, I decided getting old has zero to do with appearance. I could dye my hair, slather on some face cream, or pay for a little surgical assistance. Senior citizens are walking around with fewer eye wrinkles than I have, and it’s not because they have “good genes.”

Sometime in the last decade, I stopped seeing the world as a young adult. I blame my kids. I was so busy wiping butts and obtaining my next caffeine fix that I missed the warning signs. In case you’re curious — or fear you may be old — here are a few moments that helped me realize the truth about my oldness.

1. When You Hear A Certain Song On The Radio.

Have you ever been driving and heard a great song on the radio? You get into it, bobbing your head, dancing in the driver’s seat. You might even think, "That’s a great song, why don’t they play it more often?" Then the DJ waxes poetic about the “throwback” tune you just heard. Throwback, you think. That song just came out. You remember hearing it all summer. Then you do a little more thinking and realize that summer was ten years ago.

Or how about when you hear a new song on your favorite station and think, “What is this shit?” You figure it’s a fluke until it happens again and again. Congrats, you’re old! You might be a few years from the oldies stations, but hold tight — the songs you love will be there soon enough.

2. When Your Mom’s Favorite Store Has Cute Clothes.

On a recent shopping trip, I turned to my bestie and asked, “Have we gotten old or has this store changed demographics?”

“Both,” she said. The store caters to middle-aged women — the people in that age bracket happen to be us now, not our mothers.

3. When You Hear a Slang Word You Don’t Know.

Words are kind of a big deal for me, so having to Urban Dictionary "salty" was an ego blow. Of course, that word is now old, and something new I don’t know has taken its place.

I think this one is pretty self-explanatory. Not only do you sound like an old curmudgeon for complaining about the state of young people, you — by your own omission — are no longer one.

5. When Your Childhood Toys Become Classic.

I was strolling through Target with my kids when I came across a display of familiar games.

I noticed the tired beige packaging and unmistakable 80’s bubble font. Then I read that bubble font: Classic Games. My childhood was now vintage and enjoying a comeback. (Which is marketing brilliance. Manufacturers know parents will shell out the bucks for their kids to experience a taste of their childhood that doesn’t require Kool-Aid or sending their offspring outside to wander the world as soon as they’re potty-trained. Those poor kids today.)

7. When You Go To Bed Hours Before You Once Went Out.

You miss a lot of young adult things when you’re in bed by nine. My husband used to say, “Nothing good happens after 2 AM.” Which was true. In my limited experience, that’s usually when people get in serious fights or sent to the ER with alcohol poisoning. After college, it became midnight. After kids, it became 10 PM.

Now if you told me I had to arrive somewhere at 9 PM or 5 AM, I’d pick the morning. It’s more aligned with my current sleep schedule. The fact that I have a sleep schedule makes me old. In a few years, I’ll be tossing in lunchtime naps like my parents.

8. When You Buy New Technology.

Phone, tablet, TV remote, it doesn’t matter — my eight-year-old will figure out how to use it faster than I can. At least I figure it out before my husband. We’re the same age, but he’s way older.

9. When Your Children Reach Milestones.

First day of Kindergarten. First lost tooth. Whenever my oldest reaches a new milestone, I feel old, and that feeling multiplies with my youngest. When my oldest started kindergarten, I was still mired in the toddler years with her little sister. But now, not only are my baby years done, the toddler and pre-K phases have passed as well. I feel like I’ve hit menopause without the hot flashes. I’m planning for college and considering how my oldest will learn to drive the next car we buy. I might as well enroll in AARP now.

Aging, whether in appearance or outlook, is inevitable. When I was in college, I confided to my grandmother that I was afraid of growing old.

“That’s silly,” she said. “Your only other option is to die young.”

So yes, somewhere in the past decade, maybe earlier, I got old. But it sure beats the alternative.

If you like this article, please share it! Your clicks keep us alive!
Tags
aging
humor
Fashion
bodies
body acceptance
older