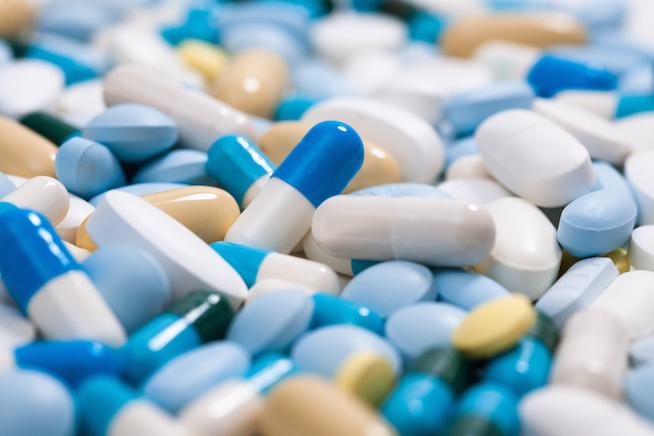 Age and life in general had caused a shift in my symptoms. I needed a new fix for my problems.

I was diagnosed with ADHD when I was about 25, and I’ve been happily imbibing prescribed stimulants to zap my brain into a state of focus ever since.

I took breaks for pregnancy and breastfeeding, but for the most part, I was an Adderall aficionado for many years. Cut to winter of 2015, when I realized that all the joy had been sucked out of my life by some unseen malevolent force and I was simply trudging through my days.

I sucked at being a wife, a mother, and a writer — all of which made me feel worse. Enter antidepressants, given to me by my lovely doctor. She cautioned, however, that I shouldn't take Adderall at the same time, because it could lead to something called serotonin syndrome, which sounded bad to me.

I worried about how I would function without my ADHD meds, but I was so desperate to claw my way out of depression that I felt the sacrifice was worth it.

I’d done without ADHD drugs before and been fine. Turns out, I needn’t have worried: The SSRI I took didn’t have as dramatic an effect as my stimulants did, but it allowed me to laugh and love life again and still managed to take the rough edges off my concentration.

I was unsurprised by this, since I had once read that ADHD, anxiety, depression, and a host of other mental issues are all related to each other. I figured that age and life in general had caused a shift in my symptoms. I needed a new fix for my problems.

Turns out, my anecdote about antidepressants having a soothing effect on ADHD is not the only one. In fact, antidepressants working on problems other than depression is so common that the Journal of the American Medical Association is reporting that nearly 50 percent of antidepressants are prescribed to treat anxiety, insomnia, pain, bulimia and — you guessed it — ADHD.

The study in question is based in Quebec, but US doctors are seeing the same thing. According to Women’s Health doctors in the States use antidepressants for a number of things.

“In my practice and experience, we have found that antidepressants help with a lot of conditions including irritable bowel syndrome, bulimia, and even anxiety,” Niket Sonpal, M.D., assistant clinical professor at Touro College of Medicine in New York City tells Women’s Health “[The mind-body connection is] so much stronger than we estimate and frankly even understand. There is interplay of our brain, mood, and disposition with the rest of our body.”

While there’s still work to be done to understand the whys behind antidepressants’ success in treating other issues, we can all give thanks that they do work.

Better living through chemistry is a blessing.

If you like this article, please share it! Your clicks keep us alive!
Tags
ADHD
Depression
anxiety
medication
mental illness
mental health awareness 2016