Ask Erin: Help! I Don't Think My Boyfriend Wants To Be With Me 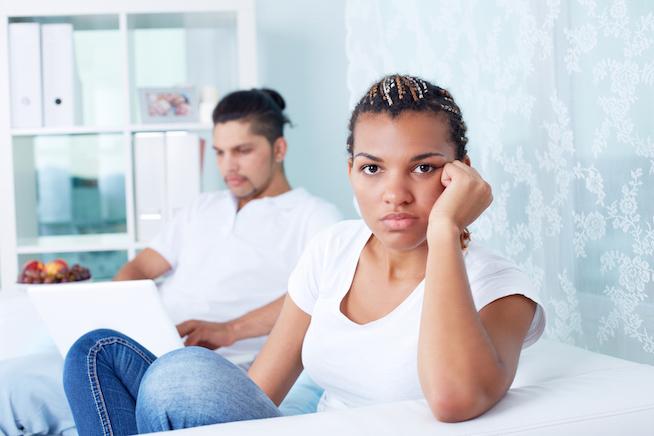 I’m starting to think he hates me and doesn’t want to be in this relationship.

After that date, though, his texting began to slowly decrease. I didn’t think much of it, but I wasn’t happy about it. He lives about an hour away, so we don’t see each other much.

Then one day, he didn’t text me at all. I got worried and ended up calling him multiple times. He eventually texted me before he went to bed, but didn’t say anything about not texting me. The next day, he told me that it had been his sister’s birthday. OK…

A couple weeks later, we had planned that I was going out to see him on a Monday, but out of the blue, he canceled. He said he had to “clean the house.”

I did end up going to see him, the following day. It was fine.

After that visit, he didn’t text me for days — never answered my texts, nothing. I cried for three days straight thinking I had done something wrong. I finally asked his good friend if he knew what was up with him; the friend told me he was sick, which I didn’t know about.

It’s been a week, and things are the same as before: He’s feeling better, but he doesn’t answer my phone calls or texts.

Recently, I was sick. I told him, and he couldn’t have cared less.

He keeps telling me not to worry, that he’s “not like the others.” I’m starting to think he hates me and doesn’t want to be in this relationship.

It’s only been a little over a month. I’m not happy.

What should I do?

OK, I’m going to go out on a limb here (not really) and guess that you are rather young and inexperienced with relationships. Assuming that is the case, I am going to give you some very simple but valuable advice.

So, please, save yourself years of misery and listen:

This is not a relationship.

A relationship, by definition, requires two (or more, if you swing that way) participants.

He is not actively participating in this relationship. It seems clear to me that you need to move on. You should not be feeling this miserable one month into a relationship.

It took many years of dating for me to realize that my romantic relationship should be the least stressful part of my life, not the source of all my woes.

Life is challenging enough: There’s no point in piling on the stress and/or agony with someone who makes you feel like crap. That doesn’t mean that there won’t be arguments or hard moments — because that’s life — but no one should stay in a relationship in which they are this consistently unhappy.

All of that being said, when moving forward in new relationships, don’t get so hung up on needing the other person to be in constant contact with you at all moments of the day. Healthy relationships are those that contain room to breathe. That is why friendships and other pursuits (be they school, work, etc.) are SO IMPORTANT.

I am a firm believer in not making one’s relationship the center of their universe. And I know, especially in the beginning, especially when you’re young, you can feel the need to make it all-consuming. But, I promise you, you will be much happier in any relationship if you keep all other aspects of your life, just as important, if not more important too.

So, let this one go, and look for someone who is into you and into being in a relationship.

Let your identity shine on its own, independent of your partner.

If you have a question for me about love, relationships, breakups, parenting, BBQs, rehab, 90s pop culture trivia, peonies, ponies, or anything at all, email me at rarelywrongerin@gmail.com. As always, your anonymity is golden. xoxo

If you like this article, please share it! Your clicks keep us alive!
Tags
dating
relationship advice
Ask Erin
texting