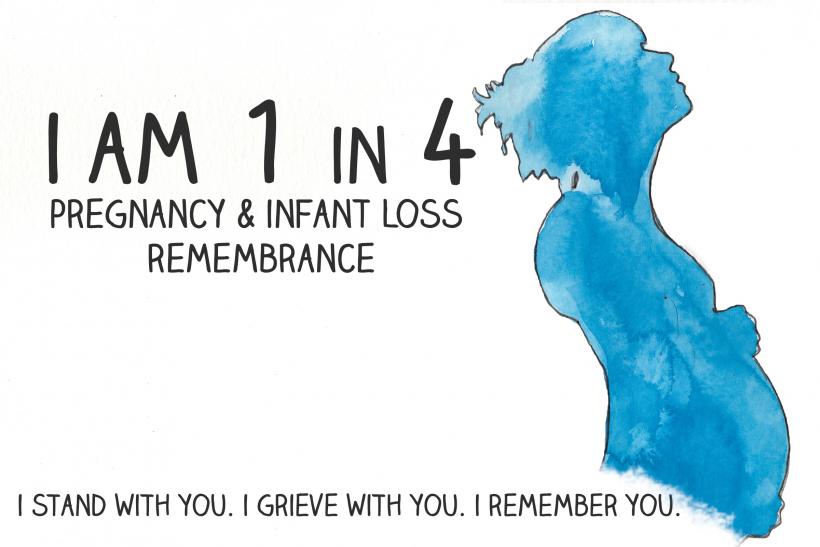 I am 1 in 4: Pregnancy And Infant Loss Remembrance Day - Image: Mariah Sharp @MightyMooseArt

October 15th is Pregnancy and Infant Loss Remembrance Day. The day is recognized internationally and is intended to remember and honor miscarriage, stillbirth, SIDS, and newborn death. The day concludes with candle lighting ceremonies at 7 PM (worldwide) known as the Lights of Love International Wave of Light.

I have two living children — a 14-year-old son and a four-month-old son. But, I’ve lost five others. As some of you know, within two years I had four miscarriages and a second-trimester loss. I became well-acquainted with grieving and its various iterations.

I had to hold him. Just once. To know that he existed. That those months had not been borne of my imagination.

With the miscarriages (which occurred between five and ten weeks), I mourned what could have been; I mourned the potential for life. I mourned the children I imagined bringing into our fold.

With that later loss, the second-trimester one, I came to know far deeper levels of grief. That’s not to discount the grief I felt for my miscarriages or the grief that any parent feels when they lose a pregnancy. But, this one was different.

That loss, in August of 2016, produced the kind of grief that changes the shape of your heart, shifts the landscape of your soul.

I have written about it. But, I’ve not gone into too much detail. And I won’t here now, either. I stop myself from repeating the details because I know the effect they have on those that hear them. The details themselves can be traumatizing. The details were violent. The loss was violent. Maybe this kind of loss is inherently violent.

The thing is — when you’ve lost a pregnancy, when you’ve lost a fetus or an infant — people don’t know what to do with that loss. It’s difficult to confront. I have felt like I need to spare everyone from the sharpness of that pain.

But, sometimes when we’ve lost a child, no matter how long that child was with us, we need to talk about it, write about it, acknowledge that our child existed.

I lost my son on my eldest son’s 13th birthday.

I went into premature labor. It felt as if the hand of fate reached inside me and ripped him out.

My stepmother was the only one in my family who bore witness to my son. I will be eternally grateful for her presence and her support in what was the single most traumatic incident in my life.

Later, at the hospital, before I went under anesthesia to remove the placenta that had not fully detached, I had the opportunity to see him, to hold him. No one else wanted to see him. My parents could not. My husband could not. But, I had to.

I had to hold him. Just once. To know that he existed. That those months had not been borne of my imagination.

If you know someone who is going through this… Listen. Be patient. Acknowledge the loss, whether they were pregnant for a few weeks or a few months or their child was stillborn or died after birth… That baby was real to them. That baby existed for them. That baby held hopes and dreams and their love.

A few days after losing him, I was home alone and stood in my shower trying to relieve my breasts of the milk that had come in. I stood for a long time and eventually said, wailing and repeating, “I’m sorry.”

My body could not contain him. My body had not held on tight enough. Grief is a process. I had to allow myself to feel that, to feel that burden of responsibility, to move past it.

As I have said many many times, the only way out is through.

I worked diligently on healing, with the help of a miraculous reiki healer. I meditated, I did acupuncture, I cried, I let myself feel every feeling I needed to feel. I got through those days and weeks and mustered every bit of determination inside of me to try again, and I did.

My biggest regret from that day is that I took no photos. I have longed to look at him again. And I have no photos.

I do have his tiny, tiny footprints and handprints. I have his ashes. We had him cremated. The funeral parlor did not charge us. I couldn’t go inside, and we couldn’t decide what to put on the death certificate. We just put "Baby Boy."

My father has the urn. I have yet to see it, to hold what remains, tangible evidence that he existed. During my pregnancy that came shortly after we lost the baby, I was afraid to get the ashes, afraid they would curse the new pregnancy.

But now, Franklin is here. My rainbow baby, after five brutal losses, is here. And, I am ready to remember the baby I lost. I am ready to honor him. He did exist. He was real. I held him. I touched his tiny fingers and toes. And, I accept that that’s all there was.

It’s impossible to know how you would handle or get through pregnancy loss or the loss of an infant until you’ve gone through it. I reached out to other parents who have gone through pregnancy or infant loss and found that this sort of grief is an individual experience. For some, remembering can feel re-traumatizing; for others, it can be comforting.

Shanon Lee shared with me, "Sometimes, I set out candles or tea lights by the urn. I thought I might write a letter every year and save it in a special envelope I bought, but I haven't. Also, I had a psychic approach me once and give me great detail about a little angel watching over me, and it's helped me heal tremendously."

Rebecca Beck, who lost one of her twins at eight weeks, spoke on how to best support someone who's lost a pregnancy or infant. "I personally loved it when people were open with me and not awkward around me. I had no problem talking about my baby and what I went through, but I know not everyone feels the same. Just be sensitive."

If you have gone through this and are struggling, I see you. I am with you. It’s 100% okay to feel whatever it is you're feeling, even ambivalence.

If you know someone who is going through this… Listen. Be patient. Acknowledge the loss, whether they were pregnant for a few weeks or a few months or their child was stillborn or died after birth… That baby was real to them. That baby existed for them. That baby held hopes and dreams and their love.

On Sunday, at 7 pm, I will light a candle. I will remember your tiny hands and tiny toes. I will hold space for the many, many parents (and yes, even if they are childless but have suffered a loss, I am calling them parents) whose hearts have changed shape, whose souls’ landscapes have shifted. 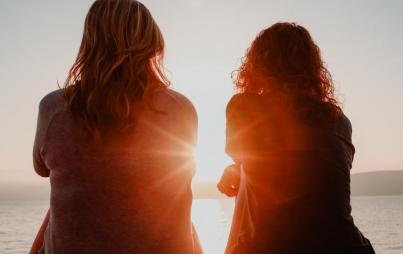 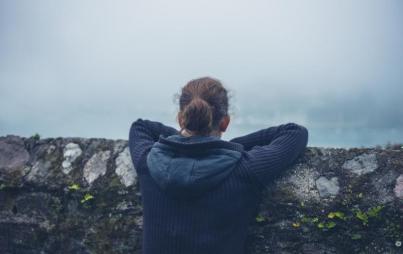 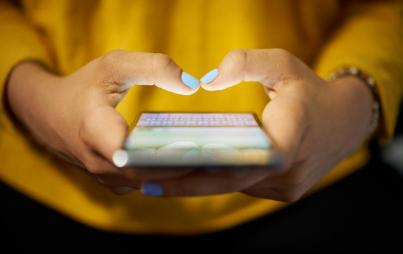