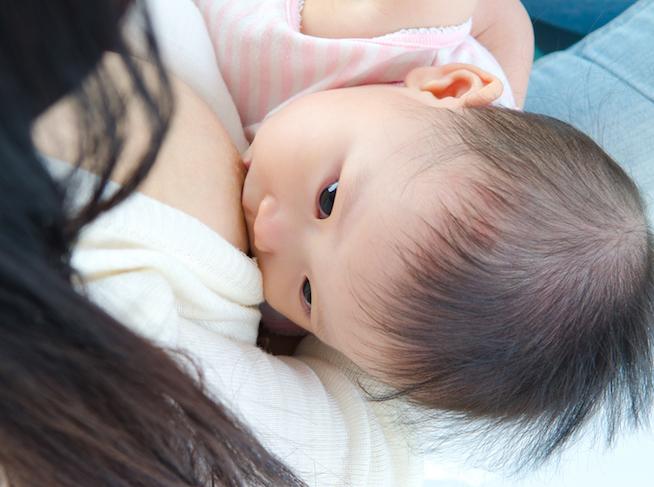 Breastfeeding brought me back. It kept me in my body, forced me to hold my son’s body, and helped me stay connected to the physical reality of everything.

Postpartum depression is a killer. I don’t mean that euphemistically: Although it certainly is a difficulty that can inspire hyperbole, it also literally kills people. I have postpartum depression (PPD), and I’ve been closer to the edge than I’d like to admit.

My pregnancy and the birth that followed put me through the wringer, leaving me physically scarred and suffering from post-traumatic stress disorder. But the horror didn’t end after delivery. In many ways, it got worse after I gave birth.

During the postpartum period, I had to learn how to take care of a newborn: With very little sleep, with weird raging hormones, and with a body that was still healing from one surgery (C-section) and ended up needing a second surgery (gallbladder removal) just four weeks later.

While I knew I was at risk for PPD, I was in no way prepared for the deep depression I would sink into. It was scary. Fortunately, my wonderful partner took amazing care of me, and pretty much made me tell my doctor how bad it had gotten. I was able to get the help that I needed, and relatively quickly, but in the interim, there was one thing that carried me through.

First of all, I need to make it clear that I have no problem whatsoever with parents who, for any reason, bottle feed their children. Full stop.

But I really wanted to breastfeed my son.

I think that’s part of what was so powerful about it for me. It was something I wanted so intensely, and in the midst of the hell that was postpartum, I managed to do it. It wasn’t the only thing I had wanted. While I was pregnant, I hired an amazing midwife and planned a beautiful homebirth. I wanted my wife to catch our baby. I wanted to hold him to my chest before his cord was even cut. I wanted to take a nice relaxing bath and curl up with my family in our big bed.

Instead, after a week of labor, and two trips to the hospital, I finally consented to a C-section. Our son was handed over to us clean and dry, wrapped in a pink and blue hospital swaddle. My wife had to pull the little hat up to show me that our kid was born with a ton of lovely blond hair. He was beautiful and perfect — but he also felt like an alien. We all stayed in the hospital for three days. It wasn’t what I wanted.

And so, I resolved to feed him according to plan. It was not easy. There was a steep learning curve, for both of us. It was only with the support of my partner and the help of my midwife (and an army of lactation consultants) that I managed to do it at all. After everything we'd been through, It felt like the least I could do. I had believed that my body would know how to bring my child to birth, but it just didn’t. It did know how to make milk.

Breastfeeding releases calming hormones in both the breastfeeding parent and the child. It was not enough to counter the tidal wave of depression completely, but there were certainly days, and moments, when I felt the difference. Maybe everything else was wrong, but I could still cuddle up with my child and make sure he was fed. And then we would both nap. When you are an exhausted wreck of a human being, that is such a blessing.

People respond to depression differently. When I am sad, I find it almost impossible to eat. During my first breakup, in high school, I lost 10 pounds inside of two weeks. And though, as an adult, I know better than to give in to my tendency to avoid food, the depression that followed the birth was so strong, so all encompassing, that I just couldn’t be a reasonable grown up.

But I had to feed the baby.

Breastfeeding makes you hungry. Anyone who has ever done it is nodding along right now. You need more calories to make breast milk for a new baby than you do to grow the fetus that will become the baby. I have never been so ravenous. So I fed the baby, and my wife fed me. And I ate. I drank smoothies. I ate sandwiches. I kept myself alive — without stopping to think about how I didn’t want to swallow anything — because I was hungry and tired and dizzy and desperate for sustenance.

Bigger than those things, though, breastfeeding kept me alive by bringing me back to my body. After such a traumatic labor, the unique combination of PPD and PTSD caused me to nearly completely dissociate. Simply put, I just didn’t feel “real.” My body had become a terrifying place, and so I ignored it as much as I could, cutting myself off from the physical world and living instead in a world of fears, memories, and self-harm fantasies.

I spent hours sitting in bed, staring at the walls of my room, doing the bare minimum needed to take care of the baby. I’m not proud of that time. I was so spaced out, that I don’t even really remember the beginning of my son’s life. I know there were days when it was so scary that I was being watched. I’m grateful to those who watched me.

When I was feeling apathetic and far away, when I was terrified of my own being and everything else, I still had to feed the baby. For some sufferers of PTSD, that is the ultimate cruelty. For me though, it turned out to be a blessing.

Breastfeeding brought me back. It kept me in my body, forced me to hold my son’s body, and helped me stay connected to the physical reality of everything. What I remember are flashes of joy in the darkness, his tiny hands clenched in determined fists, his feet curled against my soft stomach. The release of the milk starting to flow. My arms wrapped around him.

Without that awareness, without that anchor into the real world, I don’t believe I would be here today.

Breastfeeding did not cure my depression, but it was a bridge that made recovery possible. I was lucky, when I told my OB-GYN how I was feeling, they acted quickly, and I was able to get on a low-dose antidepressant that works, and yes, is safe for breastfeeding. If you are suffering from postpartum, or any other form, of depression, please get the help you need and deserve. That doesn’t have to mean meds, but it might. That's OK.

These days my baby is much bigger, and I do things every day that seemed impossible during the nightmare that was my life just a few short months ago. I work, and I cook. I play with my kid and watch him grow and discover his world. And I still feed him.

And now it gets to be one joy of many. 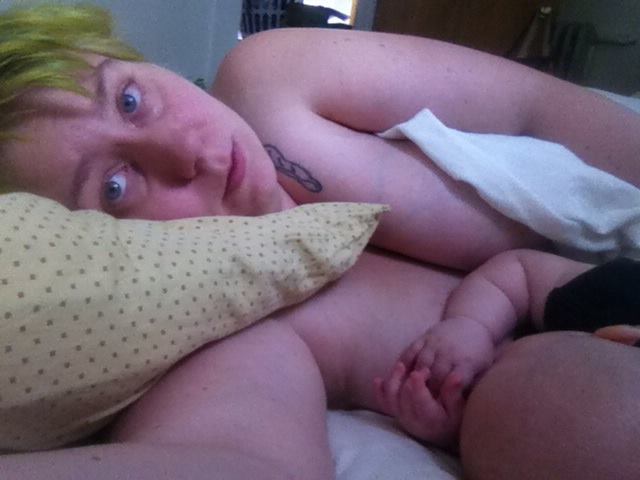 If you like this article, please share it! Your clicks keep us alive!
Tags
breastfeeding
PPD
Depression