Heard Of A Parenting Prenup? Here’s Why Couples With Kids Should Consider One 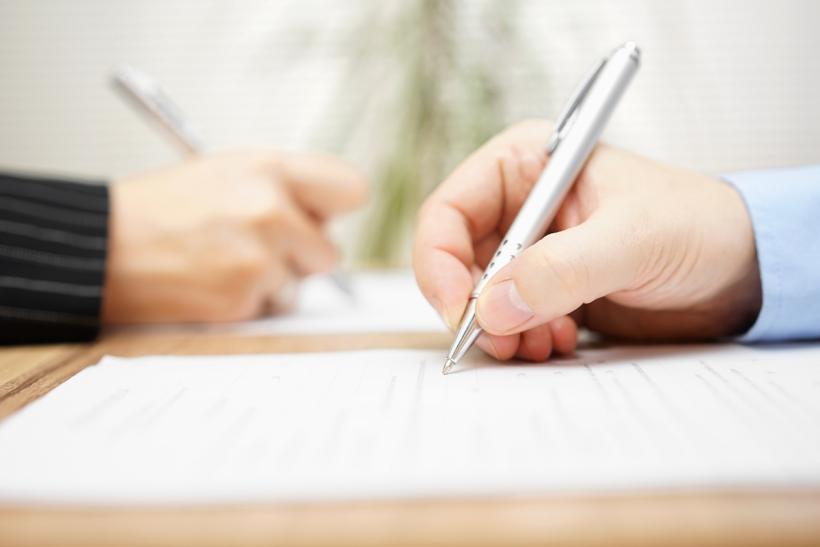 Even if you don’t pay attention to celebrity marriages and divorces, there’s something about Angelina Jolie and Brad Pitt’s split that parents, or anyone who wants to be a parent one day, should pay attention to. Jolie and Pitt have six children together, and while studies indicate divorce per se doesn’t hurt kids, conflict does. And if media reports are correct, the couple has been fighting for a long time, mostly because they couldn’t agree on how to parent their six children.

Jolie evidently wants to homeschool their children so they can become “worldly” as the family travels throughout the world and among their homes in New Orleans, Los Angeles, France, and New York City, while Pitt supposedly wanted them to be enrolled in school.

Figuring out the right school is complicated enough, but they also disagreed on discipline. Both Jolie and Pitt admitted that he was the stricter of the two — something Jolie lauded, until she didn’t.

Schooling and discipline are two incredibly important issues to consider when it comes to raising kids. But there are a host of other issues that need to be considered — from how many children they’ll have to how far apart they’ll be born or adopted, to how they’ll handle potential infertility issues, to religious instruction, to who will be the primary caregiver, to extracurricular activities, to sports. In other words, there are a lot of things to think about when a couple decides to become parents.

So one has to wonder how Pitt and Jolie, who had been together for 12 years and married for two, could wait until their kids, both biological and adopted, are 15, 12, 11, 10, and 8 to figure out some crucial parenting issues.

They were able to figure out other things pretty quickly, like their money and property. With an estimated combined net worth of more than $400 million, the actors married with a prenup that’s described as “iron-clad.” Which means they met with lawyers to hammer out every possible detail about their financial concerns. Few would question that.

But perhaps we should question why they didn’t plan for what seems to be even more precious: the well-being of their six children. Their kids have a right and a need to have equal access to both parents (assuming that doesn’t put them into a harmful situation). At the same time, each parent should have a right to be an active partner in deciding what’s best for his or her children. Since Jolie has asked for sole physical custody of their children, neither is likely to happen now.

Which is why divorce can be so painful for children.

True, few of us have the lifestyle and income of Jolie and Pitt. But, any couple who wants to have children together or even those who didn’t decide but suddenly find themselves pregnant, have a certain responsibility to figure out what they’re doing and why — ideally before their child is born.

According to Richard V. Reeves, policy director of the Center on Children and Families at the Brookings Institution, many of today’s marriages are based on having children — so-called high-investment parenting marriages.

“Married, well-educated parents are pouring time, money, and energy into raising their children. This is a group for whom parenting has become virtually a profession,” he writes in the Atlantic. “They are creating a new model for marriage — one that is liberal about adult roles, conservative about raising children. The central rationale for these marriages is to raise children together, in a settled, nurturing environment.”

That’s great. But what if they divorce? Or maybe they don’t divorce, but find themselves disagreeing about how they want to raise their children X-number of years into the marriage. Or what if couples decide to raise children together but prefer not to tie the knot. Then what?

Law professor Merle Weiner wants the law to acknowledge that. She believes that states should create a parent-partner status that would legally bind parents — whether they’re married or cohabiting, romantic partners or not — with a handful of mandatory obligations so they can provide their children with what they need to thrive. Weiner has a parent-partner contract with her husband for their two teens.

Weiner’s contract includes some of what a parenting prenup might address, but law professor Martha M. Ertman takes it a step further. Ertman advocates for private contracts that she believes the law would uphold as it already does in certain cases, such as adoption contracts. In her book Love’s Promises: How Formal and Informal Contracts Shape All Kinds of Families, she describes her parenting contract with Victor, a gay friend who is the father of their son, that was later amended to add her wife, Karen, when they wed. Their four-page contract spells out everything from finances to emotional issues related to their son. As she notes, it “reduces the things we could fight about and therefore the chance of a drawn-out and acrimonious legal battle” that would only end up hurting their child.

But a parenting prenup isn’t just to ease a possible divorce.

A parenting prenup speaks to the unique responsibilities of raising a child and spells out the most essential issues parents are agreeing to, thus offering them clarity, purpose, and a plan of action. There’s less to fight about. Then if life threw them a curveball—say, a child with a learning disability or mental illness—they’d be better prepared to mutually agree on what needs to be done. In many ways, a parenting prenup is the true definition of planned parenthood.

And that’s why Jolie and Pitt’s split might feel especially painful for parents; what parent can’t relate to disagreements over how they’re raising their children? Ultimately, children pay the price for that.

If you like this article, please share it! Your clicks keep us alive!
Tags
prenup
Kids
divorce and kids
divorce
marriage
coparenting

Heard Of A Parenting Prenup? Here’s Why Couples With Kids Should Consider One
Vicki Larson