How To See Your Relationship Crisis Coming 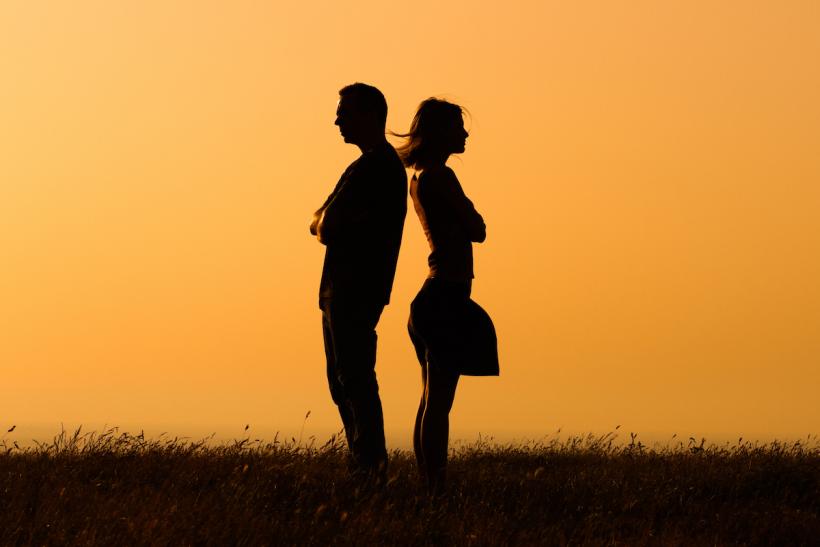 By just getting it out there, you are opening the door to the possibility of working it out.

This post originally appeared at Choose to Have it All.com. Reprinted in partnership with the Good Men Project.

This is what it sounds like when a relationship goes into crisis.

Either one or both of you are totally blindsided to find yourselves talking about “deal breakers," “couples therapy," “breaking up," or “divorce.”

One or both of you simply didn’t know it was that bad, until it was.

You wonder how you missed the sign that said “Stop! Heads up! Trouble ahead.”

How does this happen?

Because you missed the quiet before the storm.

Couples tell themselves a story that the silence is “peace” and you start to play roles in your relationship, rather than actually being present in the relationship.

You avoid the tough talks, bite your tongue, and grit your teeth through moments of aggravation, rather than speaking your truth.

This is why it feels like you didn’t see the crisis coming.

No one recognizes the fires that weren’t started.

When no one talks, it’s hard to tell that there is a problem. It’s easy, too, to pretend there isn’t one if the conflict feels too scary or intimidating to address.

Conflict Avoidance is the Warning Sign That Too Many Couples Ignore

This is what it looks like in your regular, everyday:

Many couples become creatures of habit. You get into those familiar ruts with the way you do things. You have little, private traditions and routines that you share as a couple.

When one or both of you start to feel or experience a disconnect, there is a subtle pulling away from all of that. You are casually walling off and guarding yourselves from tension or disappointment.

There could be a number of reasons why you don’t want to talk about it.

One of you might be afraid that it will start a fight. Maybe it’s all been talked about before, without any changes or resolution to show for it. In the moment, you might tell yourselves that you are making something out of nothing. You might try to just skip it and move on.

At some point, skipping the tension doesn’t feel right. Connecting in the ways you’ve become used to doesn’t come as easily and organically. You might not even being conscious that you’re doing it.

You might not even notice this at first because couples can’t always go to bed at the same time. At some point someone is going to have to work late and not make it home on time. Kids or other responsibilities are always going to be fighting for your attention.

All of that is normal until it isn’t.

When your usual habits as a couple cease to be habitual and neither of you is mentioning it, you might be looking at a crucial warning sign, even though everything still appears calm.

There’s only one way you are going to find out.

So many couples I talk to, when reflecting back, remember the moment something felt amiss and they describe different reasons for not saying something. They might have thought it was their imagination. They might have rationalized or minimized the difference by reminding themselves that everyone is entitled to a bad day or some privacy from time to time.

These are the stories we tell ourselves when facing a conflict becomes scary. If you ask any couple in crisis, though, they will tell you that a crisis is way scarier than the “Are we ok?” talk.

When they get really clear and honest with themselves, they’ll admit that they wanted to say something but they didn’t know how. They were afraid, too, of what might come next.

Uncomfortable doesn’t have to mean conflict.

This is the first thing to understand when you’re preparing to start a hard conversation. Just because you’re nervous about the conversation and have something tough to talk about, it doesn’t mean that you are going to end up in a conflict.

Often, what you’re imagining is far worse than the actual reality.

Sample scripts for getting started:

I know you’re worried about what you’ll say next or where to go from there but once you get the conversation started, you can ask questions, be curious, clarify misunderstandings, and whole host of other things before you even need to start problem solving.

By just getting it out there, you are opening the door to the possibility of working it out, improving understanding, and getting back on the same page.

However, it’s a heck of a lot better than having things look peaceful only to realize the so-called peace is actually the quiet before a real storm.

More from The Good Men Project:
If you like this article, please share it! Your clicks keep us alive!
Tags
Relationships
crisis
marriage
advice

How To See Your Relationship Crisis Coming
Heather Gray

The Hard Truth Behind Marriages That Last
Heather Gray

When Your Partner Is Depressed: 5 Truths
Heather Gray