I Don't Want My Daughter To Grow Up Like Me 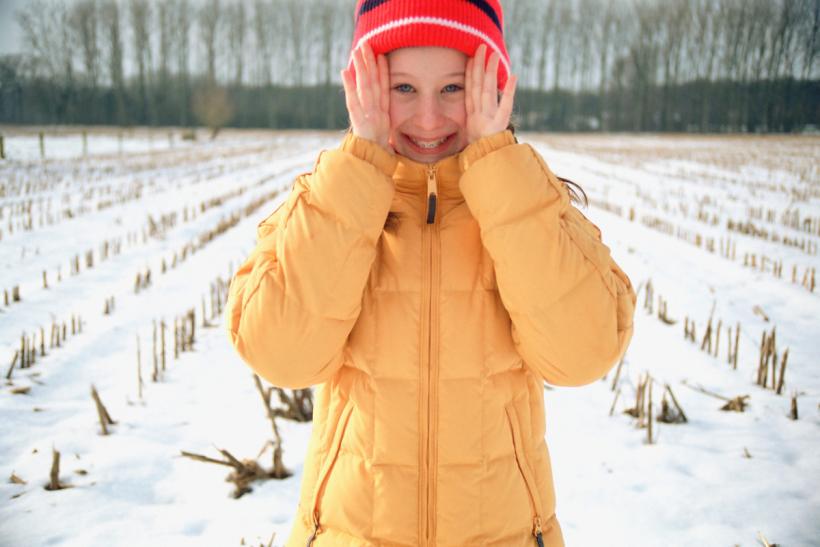 I want my daughter to explore her interests and invest in herself.

Fortunately, when I look back at my childhood, it was mostly happy. I had parents who loved me. I had plenty of friends. I had access to food and shelter and education and more.

Yet even with all my privilege, I don't want my daughter to have the same adolescence as me.

I grew up attending a small Christian school while living a somewhat normal “secular” life at home. My parents were strict, but I knew many kids from my school had it worse — with no access to TV or mainstream movies or regular-ass pop music or skirts above the knee (or ankles for that matter) or even Harry Potter books. I mean, yes, my mother used to throw away thong underwear I bought at the mall, and she buried my Korn CD in the garage after seeing the scandalous parental advisory sticker on the cover, but I still got open access to Britney Spears, Nickelodeon, and the occasional midriff baring tank top.

Still, having a balance of these two worlds didn’t do much to give me a “balanced” upbringing. It’s not because of all the conflicting messages I received about my identity, but rather, because of the similarities.

With my attention divided between purity culture and pop culture, I found both shared a strangely similar message — that boys would, and should, define my life and my worth.

And they did. Looking back, most of what I remember about my girlhood is obsessing about boys, as far back as I can remember.

In mainstream, I read teen magazines that focused on how to make boys like you and how to find the right swimsuit for you body shape. I soon discovered my body type was “boy” which worried me to no end, but the magazines assured me that this label could be overcome with a string-tied bikini, the right makeup for my pale complexion, and a good haircut that complimented my face shape (though I could never quite figure out if I was a “round” or a “square”).

I heard music that was almost exclusively about boys, heartbreak, playing hard to get, or laying claim to your man. The world of pop culture seemed obsessed with catering to the tastes and desires of men, while marketing them as our own.

I often wonder about all the things I could have accomplished as a young woman, if only all my energy and attention had been focused on something worthwhile, and not spent trying to grab the attention of the boys I looked to for validation.

Purity culture, on the other hand, warned against bringing attention to my body or even my personhood. We were told to keep our thoughts pure, our actions pure and to consider the tastes and desires of men in order to actively avoid them. The purpose of this education wasn’t to “protect” us but rather to “save” us, like a prized possession in a pristine box, for the man we would someday marry. I attended bible camps where girls were encouraged to write letters to their future husbands, always keeping their mind on their destined man.

I straddled the strange place between wanting the attention of boys, fed by the messages of pop culture, and obsessing over the man God had ordained for me, trying to keep him front and center in my mind.

And between the two, there was little room for me.

I needed men to define my self-worth because it was all I was taught, no matter which direction I turned. I often wonder about all the things I could have accomplished as a young woman, if only all my energy and attention had been focused on something worthwhile, and not spent trying to grab the attention of the boys I looked to for validation. I often feel like my focus on boys stole potential from my childhood, stole from me time that could have otherwise been rooted in a sense of myself.

I don’t want my daughter to make camp in mainstream culture or purity culture, or walk a tightrope between the two. I’d prefer she burn them both down, to be honest.

I want my daughter to explore her interests and invest in herself, rather than looking to others, least of all her male peers, to define her worth.

I know she’ll still get conflicting and coercive messages about who she ought to be as she grows up. I know that I cannot shield her from the world, and I do not wish to. But I do want her to have a childhood where she is constantly reminded that she comes first in her life, and I will be there to remind her of that fact as long as she’ll let me.

If you like this article, please share it! Your clicks keep us alive!
Tags
parenting
daughter
feminism
Purity culture
religion