No, I Will NOT Allow My Child To Play Grand Theft Auto. 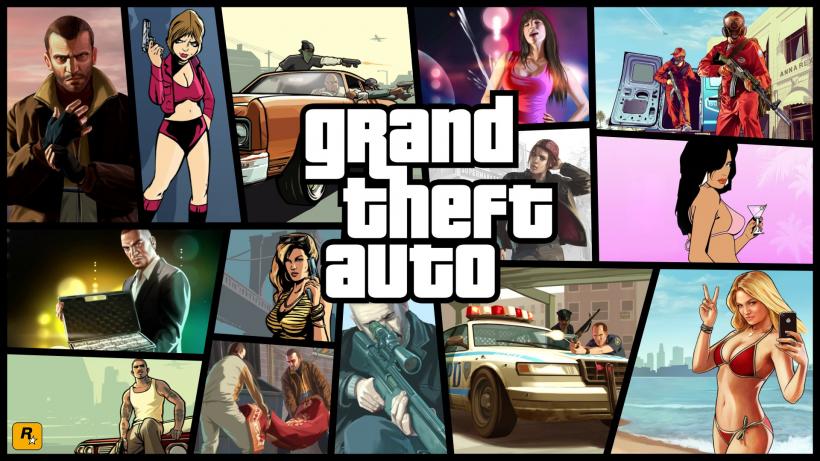 My 9-year-old son and I have been arguing for weeks about why I won't let him play Grand Theft Auto.

I kind of blame myself. He was at an older friend’s birthday party where they were playing games he knows we don’t allow. He messaged me from his iPod: I feel left out because everyone is playing video games I can’t play.

I was proud of him for being honest and following the rules (and hated the idea of him sitting in a corner by himself), so I told him it was OK to try them out with his friends. I didn’t expect him to like them so much.

My son became nothing short of obsessed with having GTA at home himself. Up until now, our biggest challenge had been pulling him away from Minecraft, which is pretty universally-praised as an educational game that encourages creativity and critical thinking.

He was determined to spend all his savings on it, the game that “EVERYONE plays, Mom!” When I told him no, he tucked his Christmas cash into his homemade duct-tape wallet, unable to understand why I had veto power over his purchases.

He keeps telling me he doesn’t want to do all that bad crime stuff, that he just likes to drive around and play tennis and stuff.

I've heard that this violent virtual world consists mostly of bank robbers, drug dealers, and assault rifles, so forgive my skepticism that scenic highways and tennis courts could possibly be that big of a draw.

“Mom, it's not as bad as you think,” my son insisted. “And I know right from wrong. It’s not like I’m going to go out and rob a bank or steal a car.”

He has already written too many persuasive essays in 3rd grade, this kid.

For weeks, he’s been alternating between sweet-talking us and screaming at us about why he should get GTA. He has negotiated and promised, and we have threatened and researched.

I don’t like video games and detest guns (not trying to start a debate; it’s just my opinion), so the allure of these games is lost on me.

But I read the online reviews from other parents. I watched YouTube videos. I talked to friends who do and don’t let their kids play GTA and I discovered this conversation is going on in a lot of homes.

And I came to my conclusion: No way.

My son, like so many boys, likes video games. But he also swims, plays basketball, baseball, soccer, and tennis (in real life). He’s active. He’s a good student. He likes art and music and jumping on the trampoline.

Like all moms, I wonder, how much screen time is too much? How damaging are these games to his precious psyche?

Finally, he wore me down. My husband and I took him to a video game store to ask about the game. The first salesclerk warned me about the mature themes. I asked him about this “just driving around” thing, and he said you really can’t do that for very long.

Then the clerk told us if you buy a used game, you can return it in seven days if you don’t like it or decide it’s a mistake. That sounded like a reasonable option.

After much discussion, and against my better judgment, I told my kiddo that he could try it out — under close supervision.

We went over the ground rules, and our son said he understood that if his dad or I objected to it in any way, we would take the game back with no backtalk.

Beaming, my son walked up to counter with the GTA case in his hand. A different clerk was there and looked at me with raised eyebrows. “You sure this is OK?”

The conversation began again, with this employee. He told us it’s pretty much impossible to avoid the violence, sex, and profanity.

“It’s really the worst game out there for kids,” he told me bluntly, confirming my fears.

This conscientious clerk directed us toward another game we’d never heard of that he said was just as fun, without the inappropriate language and crime sprees. He backed us up without knowing how much we needed it. My son saw me waffling and started to fall apart.

“These guys are the experts,” I told our son. “They are super gamers. It’s their job to sell games, and they are telling us NOT to buy this one.”

I reneged on our agreement. We’re all about keeping our word in our family, and our kiddo was not happy that I broke mine. I knew I was in trouble.

But I also knew I was right.

So thank you, gamer dudes, for helping this mom stick to her (strictly metaphorical) guns.

If you like this article, please share it! Your clicks keep us alive!
Tags
Grand Theft Auto
video games
Kids
young
parenting

Your Facebook Photos Are Grossing Me Out
Katherine Hedland Hansen

A Letter To My Stepdaughter
Katherine Hedland Hansen

No, I Will NOT Allow My Child To Play Grand Theft Auto.
Katherine Hedland Hansen