No One Believed Me: On Being An Imperfect Victim In A World Of Perfect Abusers 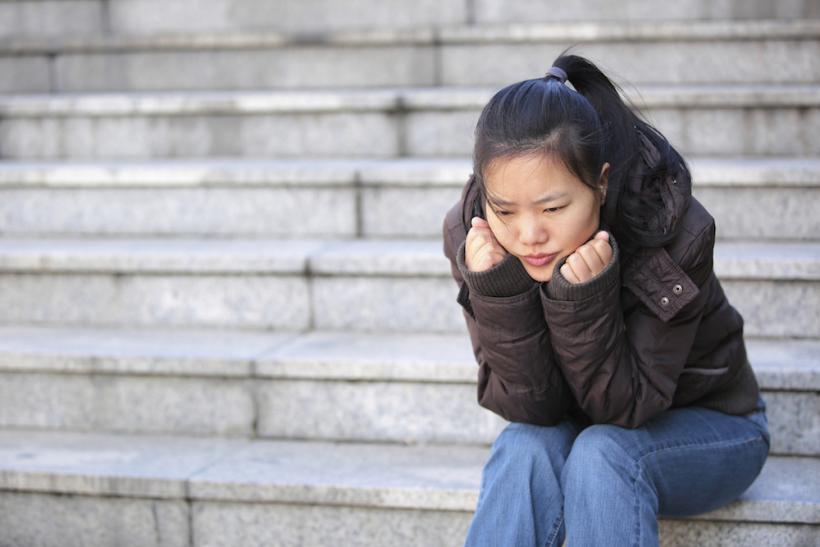 I knew this feeling of helplessness and hopelessness and loneliness wouldn’t go away. And it didn’t. And yet, I hoped. With all that I had, I hoped.

I was questioned about my sexual past — a past filled with consensual partners and an affinity for whiskey — and quickly deemed to be an imperfect victim.

The first time I called out for help, I was in middle school. I told a family friend that my father was the reason for my black eye, not the corner of some counter or a rogue, unforgiving baseball I failed to secure.

My friend told her father and mother, family friends who attended the same church we reluctantly visited every Sunday. My father and her father were deacons, revered men of God and prominent figures in an otherwise ordinary town.

I was nervous when the truth separated my painfully-pursed lips. I was shaking when my friend promised to tell her parents, because I was sure everything would change.

Instead, everything stayed the same. Painful. Relentless. Forever. Same.

I was being dramatic.

I was a young girl trying to get back at her father for being strict.

It was my word against the word of an ex-police officer, current church deacon, and soon-to-be assistant dean of a Christian university. It was the word of a young woman — an exaggerating, attention-seeking, vindictive, manipulative, and cruel young woman — against a man whom people trusted, who had plenty of friends, and whose council many fervidly sought.

I remember seeing adult after perplexed adult come to our house late at night, sit on my favorite couch in the living room, and ask my father multifaceted, painful questions about life and the complexities that fill it.

My father counseled people about their failing marriages, their infidelities, their struggles with religious hypocrisy, and everything in between. He told people how to love their wives fully, how to be good husbands and fathers, and how to be humble and selfless.

I would sit on the top of my steps and listen to those conversations, staring at the person who stole my spot on my favorite couch. I would be jealous of them, not just because they got to sink into the comfortable leather, but because they were able to view my father as someone unscathed and wise. They saw a man of God — good and kind and all-knowing. They saw someone who loved their faith and their family and was quick to give of himself and his wisdom — all for the charitable benefit of others.

I saw the truth, but too many people saw the lie. They couldn't see past the man they thought he was — and I couldn't be believed.

Oh, how I wish I could have looked at my father the way they did.

But I couldn’t, because I actually knew him.

I saw the man who threw my mother down our steps, breaking her ankle in three places, forcing her to have surgery, and putting her in the hospital for three days.

I saw the man who choked me after I disagreed with him during a football game. I saw the man who almost crashed our family vehicle — with all four of us inside — because he was angry. He drove down the freeway at devastating speed, cutting off vehicles and cackling, the tone in his voice assuring us that he could kill us all if he wanted.

I saw the truth, but others saw the lie. They couldn't see past the man they thought he was — and I couldn't be believed.

I cried out for help in multiple ways, on multiple occasions; but it was too difficult for people to believe that a police-officer-turned-assistant-dean could possibly be beating his family from the comfort of his home. He had done too many things right, made too many decisions correctly. He had cultivated the perfect public persona that elevated him above reproach, above condemnation, and even above the smallest, most well-intentioned question.

If I tried to hold a conversation about my father and the excruciating secret bruising my family, people wanted me to try and understand his perspective.

Perhaps being a police officer altered your father’s mental state.

Just put yourself in his shoes and imagine what he’s seen.

Perhaps your father is suffering from PTSD and doesn’t know how to sort through his feelings.

You have no idea of knowing what your father is going through and the demons he’s fighting on a daily basis.

Trust the Lord with all your heart and lean not unto thine own understanding.

I was a liar. My father was either an untouchable example every father and husband should adhere to, or a troubled ex-cop, plagued by the burden of social service, one who couldn’t possibly be responsible for his actions.

The second time I called out for help, I was two years out of college and away on a work trip.

I was sitting in front of a police officer, in the kitchen of a house my employer had rented. I told the officer and his tattered notepad that I had intervened during an altercation between two of the house guests, and, in an attempt to de-escalate the situation, took one upstairs to his room. Instead of letting me leave, he closed and locked the door and forced me onto his bed.

I told the officer that I tried to get him off of me and yelled out for help. I told him another coworker was able to force the door open and get me out of the room. I told him I had something to drink. I told him I was wearing sweats and a tight shirt.

I was nervous when the truth came from my mouth. I was shaking when a kind coworker took my hand and promised me that everything would be okay. But this time, I knew nothing would change. I knew this feeling of helplessness and hopelessness and loneliness wouldn’t go away.

But the man who assaulted me was a kind individual, very smart, with a lot of friends. He came from a good and decent family. He had never been arrested before. He got along with everyone, until that night.

Another woman had accused him of sexual assault a few years prior; but nothing happened, no charges were pressed. He was considered a victim of deception, tricked by manipulative women. He was sorry; and while he was definitely drunk, he wasn’t that kind of person. He never would be, because that’s just not something people like him do.

I talked to a detective. I let pieces of my body be photographed and categorized and filed next to the arms and legs and breasts of other sexual assault victims. I answered numerous questions more than once. I waited for a group of individuals to determine if I was believable enough and if he was the kind of man who sexually assaults women.

I wasn’t, even though he was.

I was a liar, or at best, confused; and he was free to pretend like nothing had happened.

I was questioned about my sexual past — a past filled with consensual partners and an affinity for whiskey — and quickly deemed to be an imperfect victim, a deviant who was sexually active far too often and for far too long to ever conceivably tell a man no. I was the outspoken woman who liked to talk about sex and relationships, so what happened that night happened because I was welcoming it. I was sending signals, and I was confusing, and I was questionable at best.

The world didn't see my attacker as dangerous, and I couldn't see the world as anything but.

And once again, I was jealous.

I was jealous that a detective, a district attorney, and an untold number of people could see my abuser as a kind, well-intentioned man.

I couldn’t walk down a sidewalk at night, crowded or otherwise. I couldn’t be in a busy room. I couldn’t handle a man walking behind me and I couldn’t let a kind man kiss me.

The world didn't see my attacker as dangerous. I couldn't see the world as anything but.

When I spoke about what happened, I was asked to think intently and focus sincerely.

Maybe you don’t remember exactly what happened, exactly how it happened.

Maybe he was confused and thought you were interested in him, when you really weren’t.

Maybe you were too drunk.

Just put it behind you, and forget it ever happened.

I was a middle-school girl all over again, begging people to listen to me and believe me and see what I had so violently seen. I was the girl, shaking and scared and alone, shouting in a room full of people blinded by popular opinion and public allusion and a preconceived notion of what an abuser looks like.

I was fighting the only picture of an abuser that anyone feels comfortable accepting, with ineffectual fists and a failing voice and an exhausted determination that seemed as fruitless as it was frustrating.

The third time I called out for help, I whispered.

I didn’t look for understanding. I didn’t ask anyone to believe me. I sat in my shower and listened to myself because I knew no one else would.

If you like this article, please share it! Your clicks keep us alive!
Tags
Rape
rape culture
abuse
victim blaming