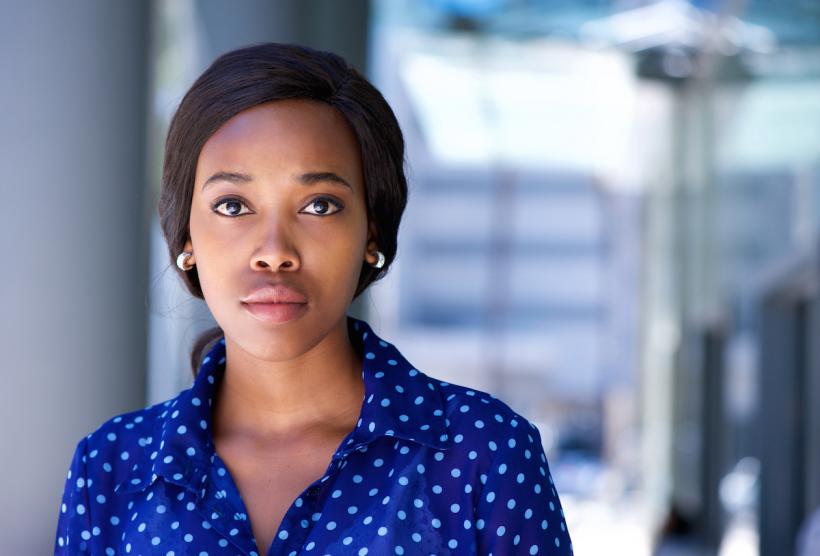 I see the face of my attacker in every anti-abortion law passed and every piece of anti-women legislation written and every anti-choice rally held.

In fact, I didn’t think about the privileged position I was in until someone took away my ability to control my own body.

The first time I felt like I had lost control of my body was over six years ago — when I found out I was pregnant. Biology and time and every facet of my human existence seemed to be working against me.

I was afraid and ashamed, because I could have been smarter and more accurate with my birth control and I wasn’t too young or too dumb. I knew better.

But, thankfully, there was something I could do about it.

I vividly recall the relief that encapsulated my Benedict Arnold of a body as I scheduled an abortion procedure at my local Planned Parenthood. The control I felt I had lost was finally back, thanks to this staff of women and men dedicated to complete reproductive rights. I knew I would walk into that clinic pregnant and walk out free: free to end an unhealthy relationship, free to pursue the career I’ve always wanted, and free to (eventually) become a mother on my own terms — when I was ready, willing, and financially able.

I wasn't thinking about the fact that I had the right and ability to regain control of my body when I walked into that clinic. While it is somewhat embarrassing to admit, I was focused completely and unequivocally on myself. I could only see my anxiety, my anxiousness, my ability to pay for a relatively inexpensive procedure, thanks to a liberal town in a liberal state that believes women should have complete ownership over their bodies.

I focused on the lights above the table I lay on, feet in the stirrups, with my ex on one side and a heartwarming nurse on the other. I focused on their hands every time I felt the need to squeeze them, especially when the cramping became uncomfortable.

I focused on the tears that ran down the side of my face and nestled annoyingly inside the creases of my ears: tears of relief and thankfulness and hope.

In fact, I didn’t think about the privileged position I was in until someone took away my ability to control my own body.

He was a co-worker. We were away at a work retreat, taking over a rented home while our company moved offices.

There was a late-night drunken fight that I tried to break up, and in my rush to be the hero, I had pushed him up the stairs and into his room. That’s when he shut the door and locked the door and kept me from even reaching the door.

That’s when he pushed me onto the bed and himself on top of me and took away my ability to escape. I couldn’t remove him from my person.

I couldn’t make it stop. I couldn't do anything at all.

Once again, I had lost control of my body.

The next day I felt afraid and ashamed, because I “could have been smarter,” I “could avoided the entire situation.” I wasn’t “too young” — I “knew better.“

But, thankfully, there was something I could do about it.

The next day I filed a police report, and checked myself into a local hospital to create a rape kit. My cheeks flushed and my body recoiled into itself as my clothes were removed, bagged as evidence, and filed away for the foreseeable future. I shivered with fear and embarrassment as the forensic photographer took pictures of my thighs and arms and wrists and breasts, documenting the bruises he had left behind.

I focused on the lights above the table I laid on, feet in the stirrups, as the nurse performed the vaginal exam. I focused on the coarse paper that separated me from light blue, slightly-torn leather, squeezing it and crumpling it when the pain became unbearable.

I focused on the tears that ran down the side of my face and nestled annoyingly inside the creases of my ears: tears of fear and hatred and despair.

I did everything right — I filed every report and talked to every detective and waited with every baited breath my weakened lungs could hold.

After two years of exhausted patience, I was informed that there wasn’t a sufficient amount of evidence to bring charges against my assailant.

It was all for nothing.

One in 4 women will be sexually assaulted in her lifetime, but it’s impossible to fathom how many women have been raped by anti-abortion legislation.

And that’s when I realized that six years ago, I was one of the lucky ones. Six years ago, I was able to take back control of my body, with a phone call and a small cash withdrawal and a little help. Someone took that sense of control away from me again, and I will possibly never have it all back.

When I see old white men dressed in suits, calling themselves “congressmen” and “senators” and “public servants,” stealing that control from women across this country, I relive the night I lost some of mine.

I see the face of my attacker in every anti-abortion law passed and every piece of anti-women legislation written and every anti-choice rally held.

While people of any gender may be sexually assaulted or need access to abortion, rape and anti-choice legislation both overwhelmingly victimize women. Women are losing control over their own bodies, and the weight of these new laws feels a lot like the unwanted weight of someone on top of you, trying to force you to do something you don't want to do.

For some, pregnancy is forced on them by men who claim to know what is best is for them. Men who won’t listen to the word no. Men who ignore the pleas of countless women everywhere.

One in 4 women will be sexually assaulted in her lifetime, but it’s impossible to fathom how many women have been raped by anti-abortion legislation.