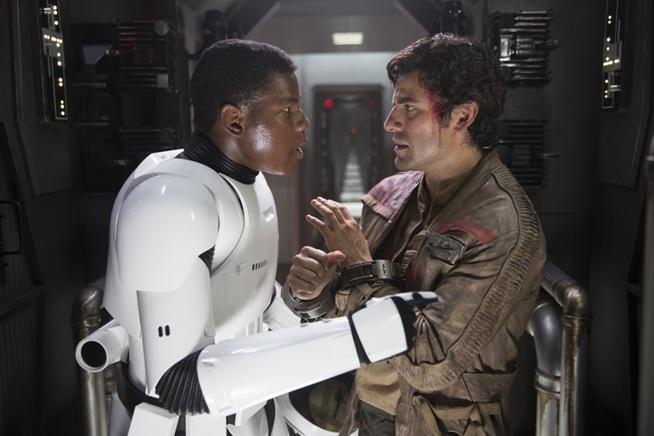 Gallup estimates suggest that around 3.4 percent of Americans identify as lesbian, gay, bisexual, or transgender, and according to the current Census count, there are 322 million U.S. citizens. If that amounts to around 10.9 million queer Americans, that means movies are leaving around 90 million dollars on the table when they continue to pretend LGBT folks don’t exist.

The Force Awakens has broken nearly every box office record in the book. In the US, the film is currently on pace to become the highest-grossing movie of all time by next weekend (without adjusting for inflation), and globally, it’s already racked up a billion dollars — and counting.

Given that the original Star Wars made approximately $700 gazillion dollars (with inflation), it might not seem surprising that J.J. Abrams’ franchise reboot is a massive success. But what’s particularly worthy of note is who is going to see it. According to the Hollywood Reporter, TFA is benefiting not only from repeat viewers but from women and people of color, who are increasingly flocking to the film. The seventh entry in the Star Wars franchise is one of the most groundbreakingly diverse in the history of blockbusters: Its trio of leads is Afro-British, Guatemalan, and female; populations too rarely represented on screen. According to research from USC, around 51% of speaking characters in film are white men.

But in giving us a female Jedi and a black Stormtrooper, I hope that The Force Awakens can also give Star Wars fans our first queer fighter pilot. Widespread Internet speculation suggests that Poe Dameron, played by Oscar Isaac, is gay. Isaac — known for his work in Inside Llewyn Davis and Drive — told Ellen DeGeneres that there’s a love story hidden in the new film, if you’re paying attention. “I think it’s very subtle romance that’s happening. You know, you have to just look very close — you have to watch it a few times to see the little hints,” he said. “But there was.”

Fans have taken that as confirmation that there’s queer love simmering in a galaxy far, far away, and as Hypable’s Natalie Fisher points out, where there’s smoke, there just may be fire. In a scene where Poe discovers that Finn is wearing his pilot jacket, he doesn’t ask for it back. He lets Finn have it, looking the jacket’s new owner up and down admiringly. Poe even bites his lip. As the Daily Dot’s Gavia Baker-Whitelaw argues, even the camera swoons when the pair share the screen. “When the time comes for them to say goodbye before the attack on Starkiller Base, the camera spins around them like something from a ballroom scene in a Regency romance, showing the two men pass through each other’s orbits before they leave for battle,” she writes.

This might all seem like looking at a piece of burnt toast and seeing an image of the Virgin Mary, but the possibility isn’t totally far-fetched. After all, the Star Wars novels have already introduced a lesbian character: Lords of the Sith, penned by Paul S. Kemp, featured Moff Mors, an Imperial leader grieving the death of her wife. The book’s editor, Sally Shapiro, argued that including LGBT characters in Star Wars just “makes sense.” “There should be diversity in Star Wars,” Shapiro said during the "Full of Sith" podcast. “You have all these different species and it would be silly to not also recognize that there's a lot of diversity in humans.”

Including the Star Wars films’ first queer protagonist won’t just make Tumblr happy. It will go a long way toward bridging the gap when it comes to LGBT representation in cinema when what may very well be the biggest movie in history does what so few films do: recognize the existence of queer people. In a 2014 survey from GLAAD, the media advocacy organization found that just 16.7% of studio movies boasted an LGBT character in a speaking role. GLAAD CEO Sarah Kate Ellis told Variety, “The lack of substantial LGBT characters in mainstream film… suggests large Hollywood studios may be doing more harm than good when it comes to worldwide understanding of the LGBT community.”

If television is leading the way when it comes to queer representation — with LGBT characters on shows like How to Get Away With Murder, Empire, and Orange Is the New Black — Hollywood continues to be decades behind. Ten years ago, the release of Brokeback Mountain was supposed to herald a queer renaissance in mainstream cinema, but little has changed in the past decade — at least outside of a handful of pictures. This year, acclaimed films like Carol, Tangerine, and Grandma proved the exception to the rule, but these bright spots continue to be few and far between.

There’s a reason for that: Projects with queer leads struggle to get produced and funded in an industry that’s adverse to anything that’s not the straight white male norm. The Danish Girl — a film about transgender painter Lili Elbe — has been stuck in pre-production hell for 15 years. Originally, the movie was going to star Nicole Kidman (as Lili) and Gwyneth Paltrow (playing her wife, Gerda Eigener). A number of other actors came and went before Eddie Redmayne and Alicia Vikander signed on. Director Tom Hooper, said: “It was seen as a difficult film to finance, to get made, to cast — and there were a lot of people around me who didn't understand why I wanted to do it.”

That’s a sad and sobering statement: Why would someone want to tell queer stories? Why would a major franchise want to cast queer characters? When the obstacles loom so large, why would anyone bother? After all, it would have been much easier to fund Carol if were called Carl instead and starred Matthew McConaughey.

It’s the same reason that Hollywood should want to make movies about any other segment of the population: These stories deserve to be told. No matter your feelings about casting Eddie Redmayne in the role, Lili Elbe was a pioneer whose incredible bravery should be remembered; she became the first person to undergo gender reassignment surgery in the 1930s, when being transgender was treated as a mental illness. Freeheld, which received so-so reviews, commemorates Laurel Hester (played by Julianne Moore) and Stacie Andree (Ellen Page), a couple whose court battle for domestic partner benefits was an important step in the nationwide movement for marriage equality.

But if they aren’t convinced by moral responsibility, the case of The Force Awakens shows that there’s another incentive to inclusion: money. If women and people of color are showing up to see a movie that treats them as more than second-class citizens, queer people will too. Gallup estimates suggest that around 3.4% of Americans identify as lesbian, gay, bisexual, or transgender, and according to the current Census count, there are 322 million US citizens. If that amounts to around 10.9 million queer Americans, that means movies are leaving around $90 million dollars on the table when they continue to pretend LGBT folks don’t exist.

That might seem like chump change when you’re the biggest movie in the galaxy, but embracing queer narratives doesn’t just make financial sense for franchises like Star Wars. At a time when the face of America is rapidly changing, the movies must change along with it — one gay fighter pilot at a time. 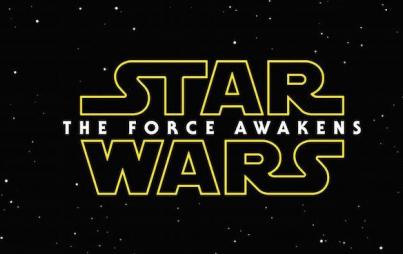 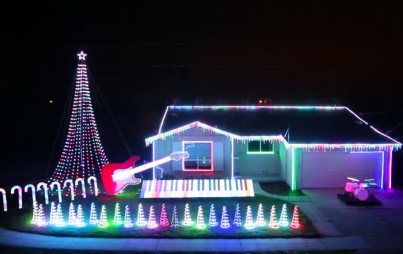 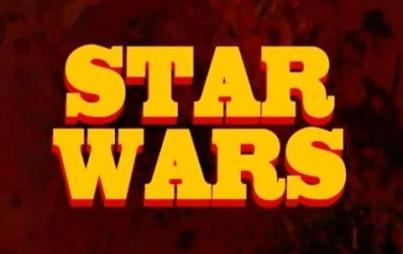 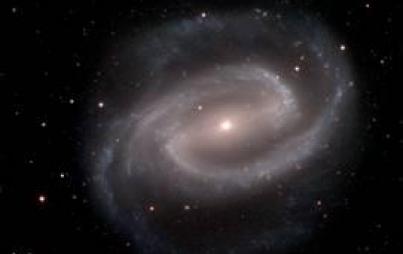 Not Your Mama's Cross Stitch: Check Out this Epic Star Wars Tapestry

Friend Request Me!: Are Your Digital Friends Your Real Friends?
Nico Lang

The Daughter Bump: Why Having Daughters Might Affect Hillary’s Votes
Nico Lang

In The Case Of Rape: Hillary Clinton Was Asked If We Should Believe Bill’s Accusers
Nico Lang