Preeclampsia: What You Need To Know 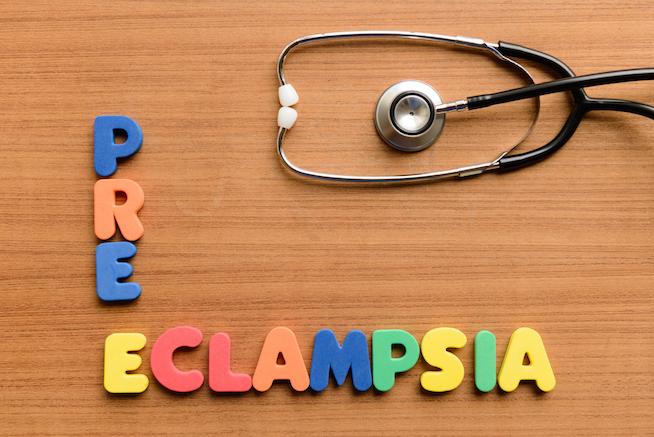 I didn’t know much about preeclampsia before it happened to me.

I should be the mother of two 11-year-old boys.

Twins, obviously. Nicholas and Zachary should be eating me out of house and home, and being that perfect mix of toughness, tumble, and love that I hear 11-year-old boys usually are.

I didn’t know much about preeclampsia before it happened to me. I’ve found this to be true of most of the women I’ve met who also suffered from it. Even though it affects such a high number of pregnancies and is one of the leading causes of both fetal and maternal death, obstetricians don’t spend much time educating newly-pregnant women about the disease.

The Preeclampsia Foundation offers a list of symptoms. If someone had handed me that list of symptoms when I was 18 weeks pregnant, I might have been able to get help earlier and slowed down the progression of the disease long enough to get to viability.

Here’s how the symptoms presented in my case:

My blood pressure shot up in both my pregnancies as soon as I had a positive pregnancy test. This is highly unusual — most PIH (pregnancy induced hypertension) hits later. In addition, as an obese woman, I found my doctors assumed I always had hypertension (I didn’t) and ignored this symptom.

Luckily, in my pregnancy with my daughter, my PIH was treated early.

This is protein in your urine. You know how you give a urine sample at each obstetrician appointment? This is one of the things they check.

I didn’t have signs of proteinuria until my last OB appointment before I went into the hospital.

When I was pregnant with my daughter, I bought strips from the drug store and started testing daily at 18 weeks. It gave me great peace of mind, and when I did have a couple of proteinuria spikes, we were able to do further testing to determine if intervention was needed.

Oh man, did I have swelling. I couldn’t wear any of my rings, my feet went up two and a half sizes, and my fingers were puffy little sausages.

At one point my legs had so much edema (fluid under the skin) that they would leak all day after getting acupuncture (I had to tape little bits of paper towels to my legs at work so the fluid wouldn’t leak into my shoes).

Of course, some pregnancy swelling is normal, so it was all too easy to discount the edema and think it was normal.

I started getting migraines for the first time when I was pregnant with my sons (and, sadly, it’s been a lingering problem).

It was incredibly debilitating, and I wish I’d known they weren’t a normal pregnancy symptom.

Again, some nausea is normal. But I was still vomiting several times a day long past the first trimester, which isn’t normal at all.

I was given medication for it, but neither the doctors nor I considered it something to worry about.

This one I didn’t have. I knew this was a symptom thanks to an online friend having HELLP Syndrome (preeclampsia’s much more ambitious sister) — but since I didn’t have it, I didn’t think anything was wrong.

I was fit before I got pregnant (yes, even as a fat woman), but the back pain was excruciating. I could barely walk half a block before needing to sit and rest my hips and back.

Again, I thought this was normal.

This is another symptom that didn’t show up until the day I was admitted to the hospital. I’d gained 18 pounds in three weeks.

Between my skyrocketing blood pressure, my urine protein, and my weight gain, I was a textbook case for preeclampsia that day. But my weight went up a shocking amount my entire pregnancy — well over 100 pounds — but everyone assumed it was related to eating too much, even though I was vomiting up more than half my meals.

It was all fluid. I dropped 110 pounds in the two weeks after I lost the boys.

When I was seven weeks pregnant, I had my first and only optical migraine. Basically, I thought I was having an LSD flashback (what? I was wild in my youth), where I could only see normally out of a tiny hole in a psychedelic tunnel.

I went to the ER, but they determined it was just a migraine and that I shouldn't worry. If only I’d known.

Later in my pregnancy I experienced frequent blurred vision, but I generally felt so awful I didn’t pay attention.

I didn’t have this symptom either, but it means overactive reflexes.

11. Shortness of breath and anxiety

I had so much trouble breathing while I was pregnant. Any exertion at all left me panting.

Because I had a history of asthma, both the doctors and I didn’t pay much attention to this symptom, even though I’d been in great shape and was no longer using asthma medications prior to the pregnancy.

In addition, my anxiety was paralyzing. I was filled with intrusive thoughts and lay awake at night with my heart racing in fear. It never occurred to me to be anything other than mental.

Lastly, there’s one other symptom the Preeclampsia Foundation lists: no symptoms at all.

Preeclampsia is often called the “silent killer” because most of us can’t tell our blood pressure is rising.

You can’t prevent preeclampsia completely — the only real cure is delivering the baby, and even then preeclampsia can occur up to six weeks after the pregnancy — but you can treat and manage the symptoms to get your baby to viability.

Pay attention, and be your own best advocate with your doctors!

For more information about preeclampsia, please visit the Preeclampsia Foundation. If you’ve experienced this disease or a loss because of the disease, visit their forums for support. If you think you have even one symptom, go to your doctor and force them to listen to you and investigate further. I wish I had.

If you like this article, please share it! Your clicks keep us alive!
Tags
preeclampsia
pregnancy
women's health