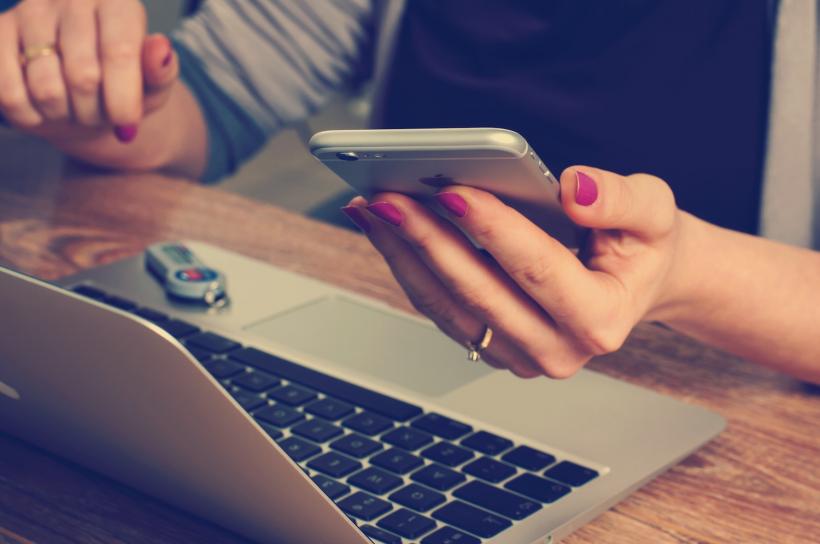 I’ve learned to let people be, even when I believe with my whole heart they are wrong.

I count among my friends today many politically conservative people — even a few evangelist pro-lifers — because I’ve learned to let people be, even when I believe with my whole heart they are wrong.

Last night I almost quit Facebook. I’d had yet another political argument, had my opinions and information dismissed as inaccurate, and I was just DONE.

Fuck that social media noise. Who needs it, right?

When I was 11, I got into a physical fight with a kid named Donnie at my school because he said women were terrible drivers. This was in 1979, and hearing things like “women are terrible drivers” was still pretty commonplace. Another time, I got in a fight with a kid named Jeff because he shared a cartoon of a boobs/butt/legs drawing titled “The Perfect Woman.” (There was no head.)

My mother was a hardcore “women’s libber,” as they were called in the early and mid-70s, and I adopted her stance across the board. I marched with her and waved signs in bra-burning protests. I knew that women were getting shafted and I wanted change to happen, dammit!

So when I heard sexist drivel on the playground, I thought it was my job to stop it.

This didn’t change as I got older, but I was also pretty damned myopic. While my mother dabbled in other issues such as Native American rights (we lived in New Mexico, which put Native rights front and center) and boycotted grapes because of the migrant farmer crisis, we focused almost exclusively on women’s rights and women’s rights only.

I wish I could tell you that I widened my view to include other critical issues when I hit college age, but I didn’t.

While I had an awareness of racial justice, gay rights, and trans rights, it was pretty minimal. And while I also held strong beliefs regarding social programs to combat poverty, I believed that most of our problems could be solved by making women equal. And I was absolutely hardcore-focused on issues regarding choice.

The internet changed this for me. First it was blogs, then it was the sudden explosion of social media. Suddenly I had access to voices — voices I’m ashamed to admit I didn’t cultivate in my in-person life earlier — from Black women, other people of color, trans people, and gay people. My understanding of the issues facing people across the board widened.

The internet also gave me one of the greatest gifts possible: It taught me how to be tolerant and welcoming of people who hold views far different than mine. I count among my friends today many politically conservative people — even a few evangelist pro-lifers — because I’ve learned to let people be, even when I believe with my whole heart they are wrong.

I haven’t changed my deeply-liberal views, of course — but now I work hard at being an intersectional feminist. This means I’ve learned to shut up and amplify other voices instead of thinking I always know what can fix the world. I’m not perfect; I’m definitely still learning, and am pleased to have people in my life now who are willing to call me on it when I screw up — but I try.

I educate myself not so I can be a sanctimonious white woman (an easy trap to fall into — just because I read Ta-Nehisi Coates doesn’t mean I can solve racism), but so I can be an ally.

It’s my main job as a white person to shut up, listen, and support, instead of dictate.

This election season is incredibly toxic, and not just because of the terror of a possible Trump presidency. I’ve been feeling heartbroken over the way the left (my people!) has split so contentiously. Many people I deeply care about have strongly held views about who they want to elect, and changing my mind seems to have become a mission for a few.

I recognize that passion — and, yes, that single-mindedness.

Yesterday, I was so exhausted with the barrage of arguments on a link I shared on Facebook that I seriously contemplated quitting the platform for good. I slept on it, and with a far more level head this morning, realized I don’t want to leave this platform. I don’t want to stop learning and growing from reading other voices.

I don’t want to lose this window into the wider world. I need it to keep me honest.

I wish I could wave a magic wand over the Web and make it a place full of listeners instead of shouters, but I can’t. But I know I can personally do a better job at listening, and I hope others will too. We are a nation divided, and I don’t want to further that divide. I’m going to work on my own willingness to be tolerant, and remember the many gifts social media has given me.

And I’m going to step down from this soapbox, go back to my corner of the web, and do some more listening.