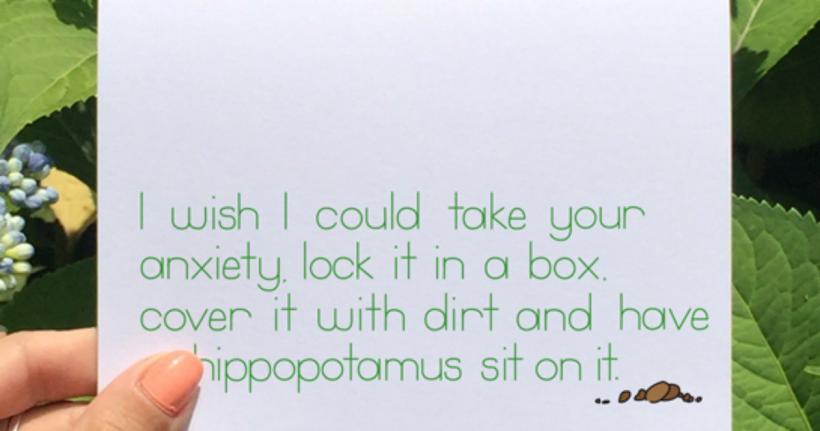 Despite our increasing awareness of mental illness and its prevalence, we are yet to develop a language that enables us to speak openly and compassionately to those who are suffering.

We know that this year alone, one in five Australians will experience some form of mental illness. What we might not know is that only one in four will receive a get well or greeting card. Studies have indicated that psychiatric inpatients receive only “half as many cards and gifts when compared to medical inpatients.”

Two Australian sisters, Trudy and Sam, intend to change that.

Some years ago, the son of a close friend attempted suicide. Sam, a qualified psychologist, found herself at a loss for words. She told Mamamia that it was enormously difficult at the time to “show support as a friend and … demonstrate that we cared and were thinking of them.”

A short while later, Sam and Trudy’s mum was diagnosed with breast cancer. They immediately sent cards of support, and were overwhelmed by how many were available.

Sam then suffered her third episode of a recurring mental illness and required hospitalization.

During her time in a private psychiatric hospital she noticed that very few patients had flowers next to their bed. They hardly ever received mail; few ever had visitors. She was struck by the lack of “outward displays of social support” in comparison to the rest of the hospital population.

The sisters were determined something had to be done, and so Hope Street Cards was born.

The cards aim to “provide an avenue for loved ones to express their support, love and concern in an appropriate, empathetic and hopeful way, whilst also learning more about their loved one’s diagnosis.” 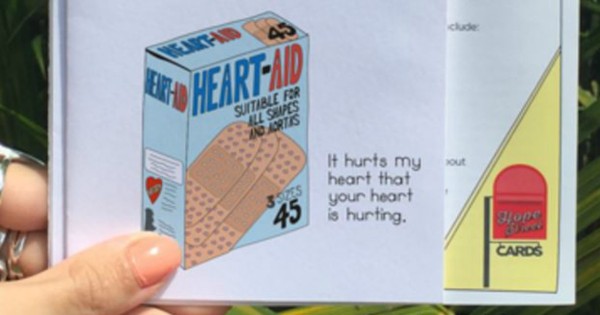 Each card is written by Sam while Trudy, a graphic designer, creates all the illustrations and designs. The current range includes cards tailored for three mental health conditions: depression, anxiety and bipolar disorder.

Available online, each card is printed in the NSW town of Bangalow and sent to customers. They come with a pamphlet containing evidence-based information on mental illness generally and the particular diagnosis, and professional suggestions for how best to support the person suffering.

This year, the pair hope to extend their card range to include postpartum anxiety and depression and suicide bereavement.

For every card sold a $1 donation is made to the Black Dog Institute, a not-for-profit organization that conducts critical mental health research, as well as providing clinical services and educational programs.

You can scroll through the card range below. 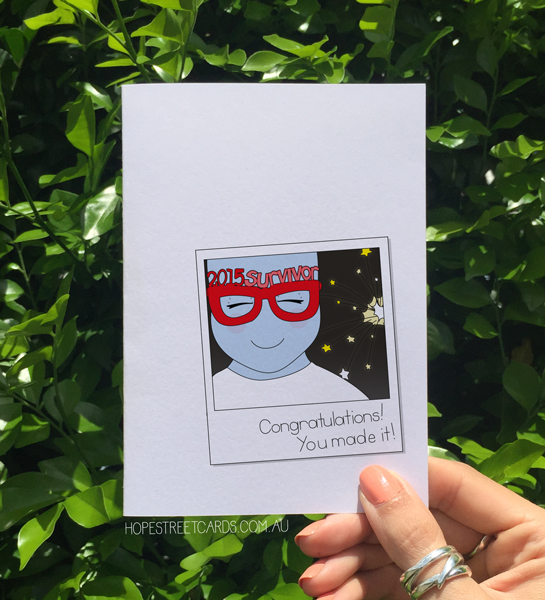 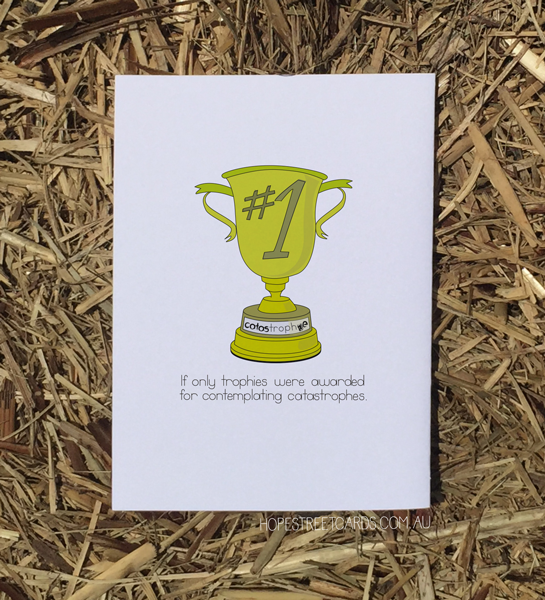 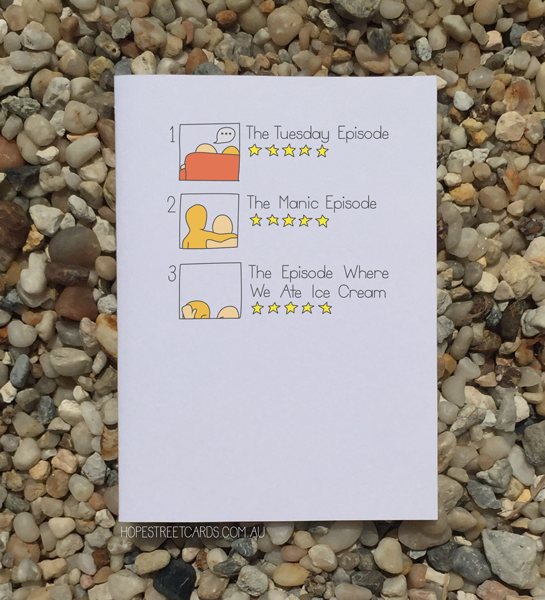 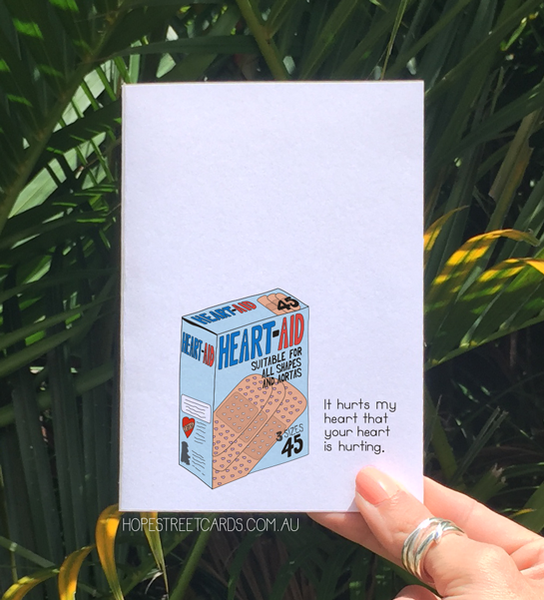 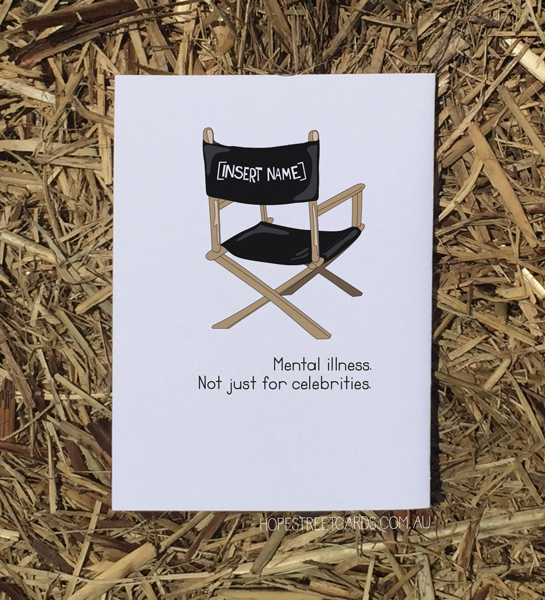 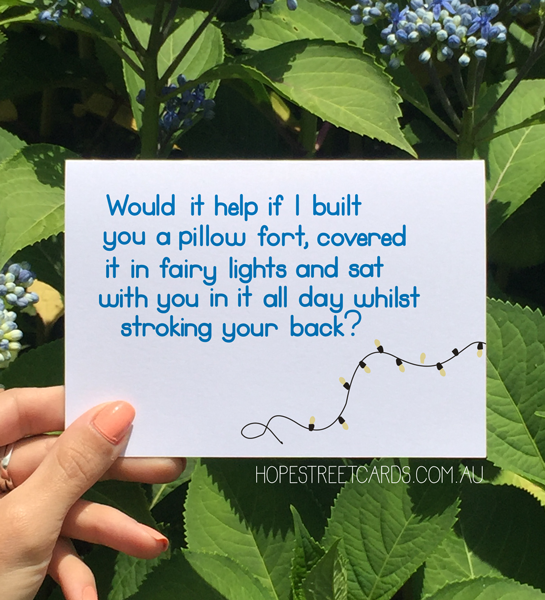 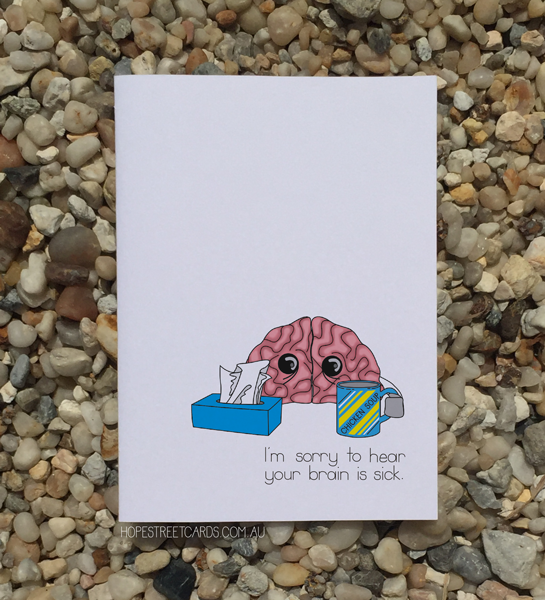 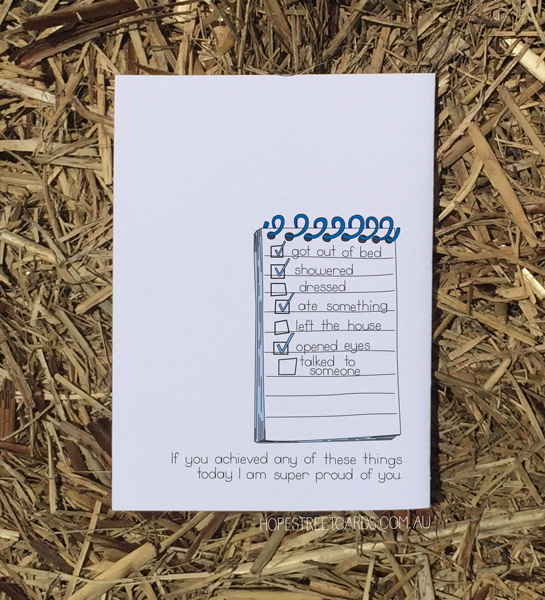 These insightful, funny and heartfelt cards are an important step in destigmatizing mental health issues. Many sufferers feel ashamed, internalizing harmful beliefs about it being their fault, or a sign of weakness.

Instead, we need to start understanding mental illness as a sickness that an individual does not control. We might not be able to “see” it, but that doesn't make it any less painful.

Sometimes it's not that we're unsympathetic, but rather that we just don't have the words to express what we mean. Hope Street cards go some way in bridging that gap, and developing a vocabulary by which we can sensitively express our support.

You can purchase Hope Street Cards at their website here.

You can learn more about the Black Dog Institute here.

If you are suffering from symptoms of mental illness please contact your local GP for a Mental Health Assessment Plan or call Lifeline Australia on 13 11 14.