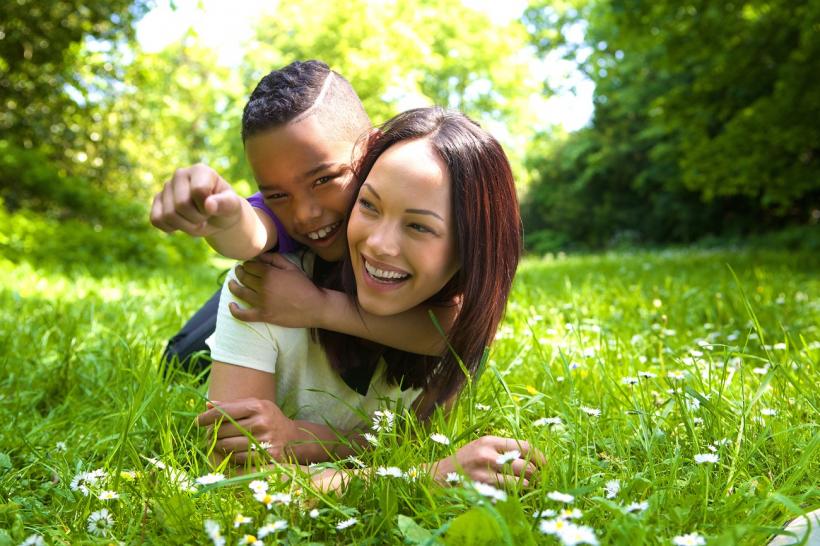 Is it possible to shift the dialogue when it comes to teaching masculinity to boys? Image: Thinkstock.

My 5-year-old son is boldly repeating what his best buddy had told him in class after falling over and hurting his leg.

“Of course boys cry, if they are in pain or upset about something,” I reassure him. “Everybody cries — even grown-ups.”

He isn’t convinced. After all, he hasn't seen his beloved superheroes shed a tear; they are too busy being brave and fearless, saving the world.

The same way he shunned the idea of attending a dance class after school because he thought it was for girls and he didn’t want to wear a “pink skirt.”

Or the fact that he prefers to be called “handsome” over “cute” or “pretty,” because those are words also used to describe girls.

And so it begins… the pre-school, social narrative of masculinity in a nutshell.

I guess we are all guilty of gender-typing to some degree. It’s ingrained deep in our subconscious and culture. Everywhere we go: shopping malls, in the media, play groups, schools, public bathrooms — and the list goes on.

But is it possible to shift the dialogue when it comes to teaching masculinity to boys?

Jaden Smith, 18, who was heavily criticized for wearing a skirt, recently spoke out about gender fluidity. He eloquently gave his views about not conforming to the norms of one gender, and challenging what's “normal” for future generations.

But rather than applauding the teen's independent thought, self-confidence, and freedom of expression, many people responded to it with puerile sneers that he wasn't “man enough.”

His celebrity parents, Will and Jada, came under scrutiny. How dare they let their son dress like a girl? Surely he must be confused! Whatever were they thinking, raising such an *ahem* grounded, level-headed young person who is comfortable in his own skin?

These self-appointed arbiters of gender expression couldn't even see that they were proving Jaden's point exactly. Many people are unforgiving when it comes to what they see as boys going against the norm.

What these people don't see — or don't care about — are the dangers of championing the “alpha-male” ideal for young boys. It impacts not just their emotional and social well-being, but the safety of those around them.

We do have a long way to go, but if more young men like Jaden speak out, maybe this will open up a serious debate about how we define “masculinity” and how we can encourage children not to fear challenging stereotypes.

In London, where I live, the rate of teenage fatal knife stabbings reached its highest last year. The victims were all male, most were Black or other People of Color, and many were only 17 or 18 years old — the youngest being just 15.

In most cases, they were gang-related or triggered by so-called feuds stemming from one or more boys being “disrespected.”

The societal pressure for boys to prove their “manhood” has created a youth culture that forces children to grow up faster than they should.

But then, why are we surprised? Isn't that what family, the media, and popular culture have taught them?

Be a man, not a wimp! Never show weakness. If necessary, fight battles to win and earn respect from peers.

Even the most sensible of lads can easily fall into this toxic, social pressure trap.

Sadly, any alternative to the “alpha male” is still met with repulsion and isolation.

Collectively, it will take concerted, coordinated effort from parents, families, schools, and the wider society to break the toxic chain. Boys in particular should be allowed to express themselves without judgment — and not feel ostracized by anybody.

We do have a long way to go, but if more young men like Jaden speak out, maybe this will open up a serious debate about how we define “masculinity” and how we can encourage children to not fear challenging the stereotype.

This can start by the simple phrases that we often echo without thinking.

Here are some things we need to stop saying to our little boys:

The most absurd thing to say. Period.

The idea of the color pink sold just for girls is outdated and clichéd.

From clothes to trinkets to toys… scrap gender-coding completely!

What exactly does “being a man” entail anyway?

What kinds of messages does this send about people who aren't men?

Why not be gentle to everybody, not just girls?

And who says girls aren’t rough when they want to be?

5. “Deal with conflict by fighting.”

Again, fighting is considered “alpha male,” while non-aggression is for “wimps.”

How about teaching boys how to resolve conflict without fisticuffs?

As it is, the messages we send young boys, implicitly or explicitly, both hamper their ability to perceive and manage their own feelings and predispose them to behave violently toward others.

While we may not be able to control the kinds of messages they receive from society at large, we can start by thinking about the kinds of things we say to them, and intentionally set up alternatives to the “alpha male” image.